One in three parents globally report knowing a child in their community that is the victim of cyberbullying; majorities in every country feel existing anti-bullying measures are insufficient when it comes to handling cyberbullying.

Ipsos’ recent Global Advisor study, carried out in 28 countries, finds that awareness of cyberbullying is increasing globally, up 9 percentage points from 2011. Though global awareness of cyberbullying is high (75%), one quarter of adults have still never heard of it. Awareness is highest in Sweden and Italy (91% each) and South Africa (88%). and lowest in Saudi Arabia (37%).  While South Africa was included in the study, the study is conducted online and therefore represent the views of South Africans who regularly access the Internet. 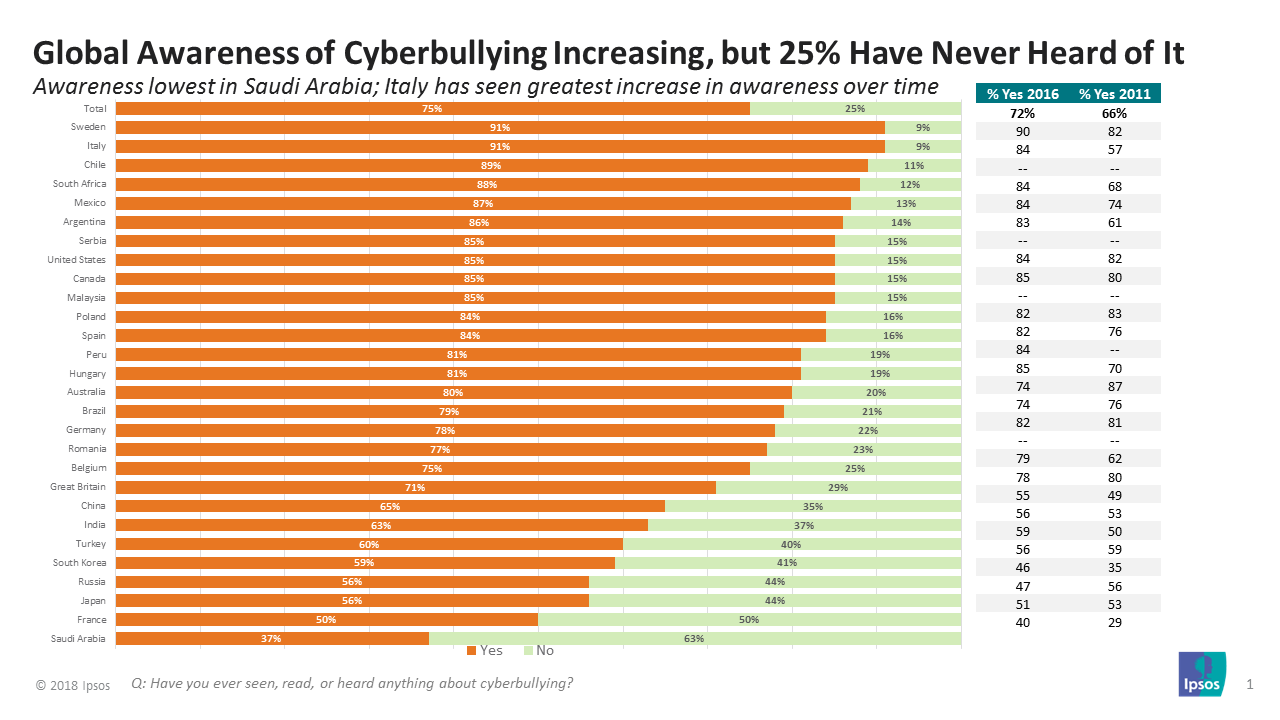 “One explanation for this could be the increasing use of social media among youth,” states Mari Harris, head of Public Affairs at Ipsos South Africa.  “Although it is interesting to note that 67% of those that know a child in their community who has been bullied, say that it has been done by a classmate”

Two-thirds (65%) of parents of a child who has been cyberbullied or those who know of a child in their community who had been cyberbullied report the harassing behaviour takes place on social networking sites. Regionally, Latin America experiences the highest amount of cyberbullying on social media platforms (76%) compared to APAC which is the lowest (53%). Across the board, 51% globally reported that cyberbullying is done by a classmate of the child who was bullied. In North America this number is the highest (65%), and in the Middle East/Africa (39%) it is the lowest. 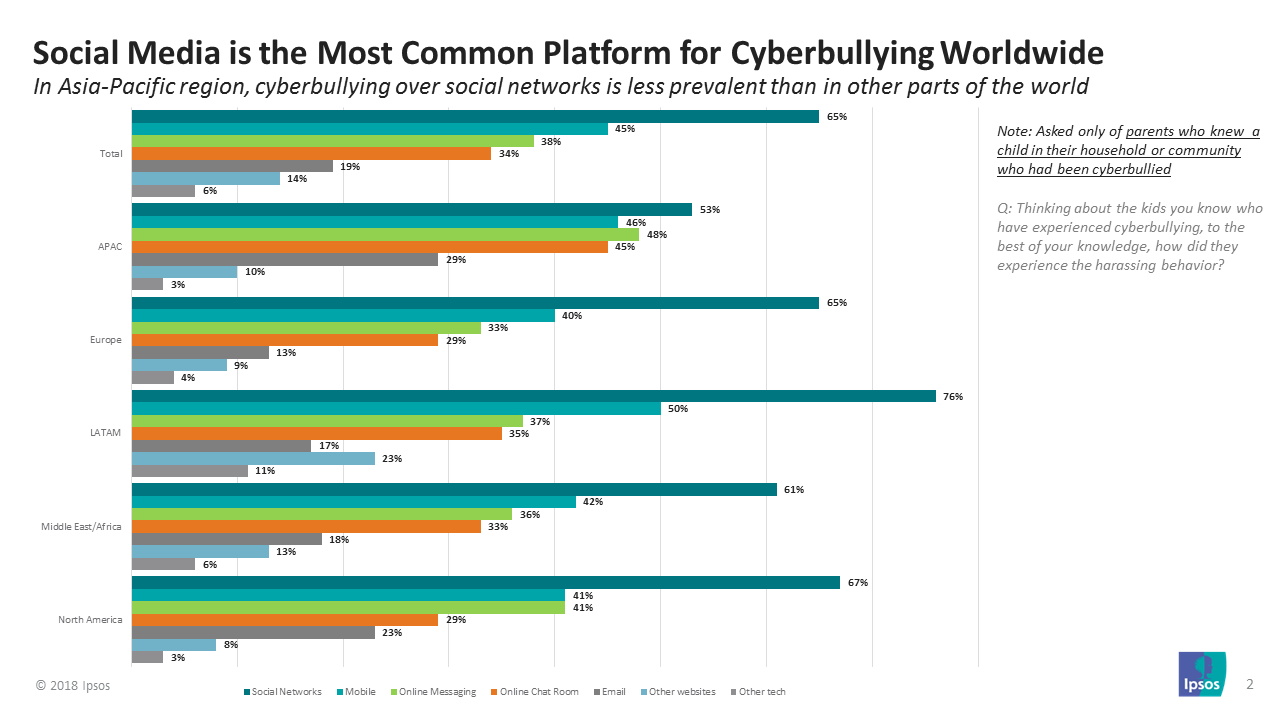 The study defines cyberbullying as when a child or group of children (under the age of 18) intentionally intimidate, offend, threaten, or embarrass another child or group of children, specifically through the use of information technology, such as a website or chatroom on the Internet, a cellular telephone, or another mobile device. Globally, a majority of adults (76%) feel that cyberbullying is a fundamentally different type of bullying that needs special attention from parents and schools, in addition to existing efforts to address bullying in general.

These are the findings of a Global Advisor Cyberbullying Study.  In total 20,793 interviews were conducted between March 23 – April 6, 2018 among adults aged 18-64 in the US and Canada, and adults aged 16-64 in all other countries. Where applicable, trended questions have been shown from Ipsos’ November 2011 and September 2016 cyberbullying studies.

Between 500 and 1000+ individuals participated on a country by country basis via the Ipsos Online Panel. The sample was 1000+ in Australia, Brazil, Canada, China, France, Germany, Great Britain, Italy, Japan, Mexico, Spain and the United Stated of America. In all other countries the sample was 500+. The precision of Ipsos online polls is calculated using a credibility interval with a poll of 1,000 accurate to +/- 3.5 percentage points and of 500 accurate to +/- 5.0 percentage points. For more information on Ipsos’ use of credibility intervals, please visit the Ipsos website.