Paris, February 18, 2020: According to an Ipsos online survey conducted between February 14 and 15th in nine large countries, Japan is the most likely to agree that the coronavirus outbreak will have an impact on the financial markets and the global economy (84% agree), followed by Australia (80%), Italy (78%), Russia (76%), Canada (76%) and France (73%).  While still a majority, citizens of the United States (62%) and the United Kingdom (60%) were less likely to agree. 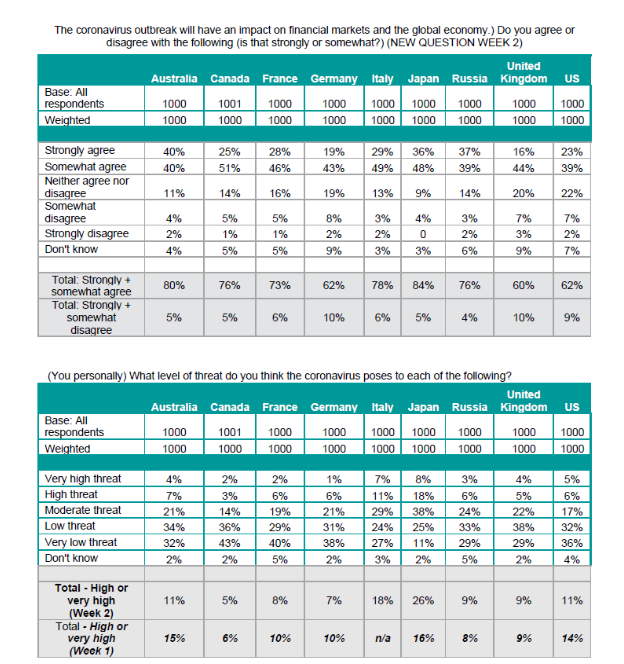 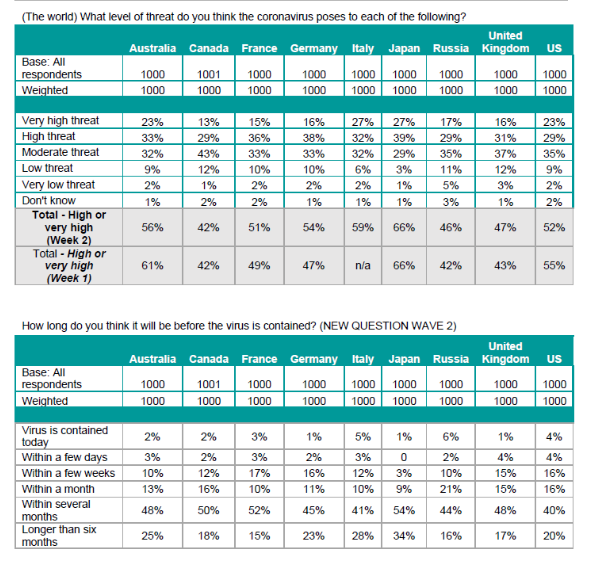