According to a new survey by Ipsos, at least 3 in 5 Indians (63%) are optimistic of an early economic recovery, post lifting of the lockdown. Interestingly, India is the third most optimistic market in the pecking order, Vietnam (80%) and China (68%), being placed 1st and 2nd.

And pessimism is rife in most of the countries hit the hardest, and therefore a majority of people in 10 of the 15 countries polled by Ipsos, disagree that the economy will recover quickly once the lockdown from the coronavirus pandemic is over – suggesting a lasting impact.

The United States (the world’s largest economy) displays polarized views - with nearly half of those surveyed (49%) disagreeing on a quick recovery, while 43% think it will happen.

“The Indian economy is fueled by domestic consumption. Once the lockdown is relaxed, consumer

spending will pick up, if this optimism translates into action and we’ll see some positive changes in the economic activity with demand and supply bouncing back. Also, the government is already devising steps in easing it for all the key stakeholders,” says Amit Adarkar, CEO, Ipsos in India. 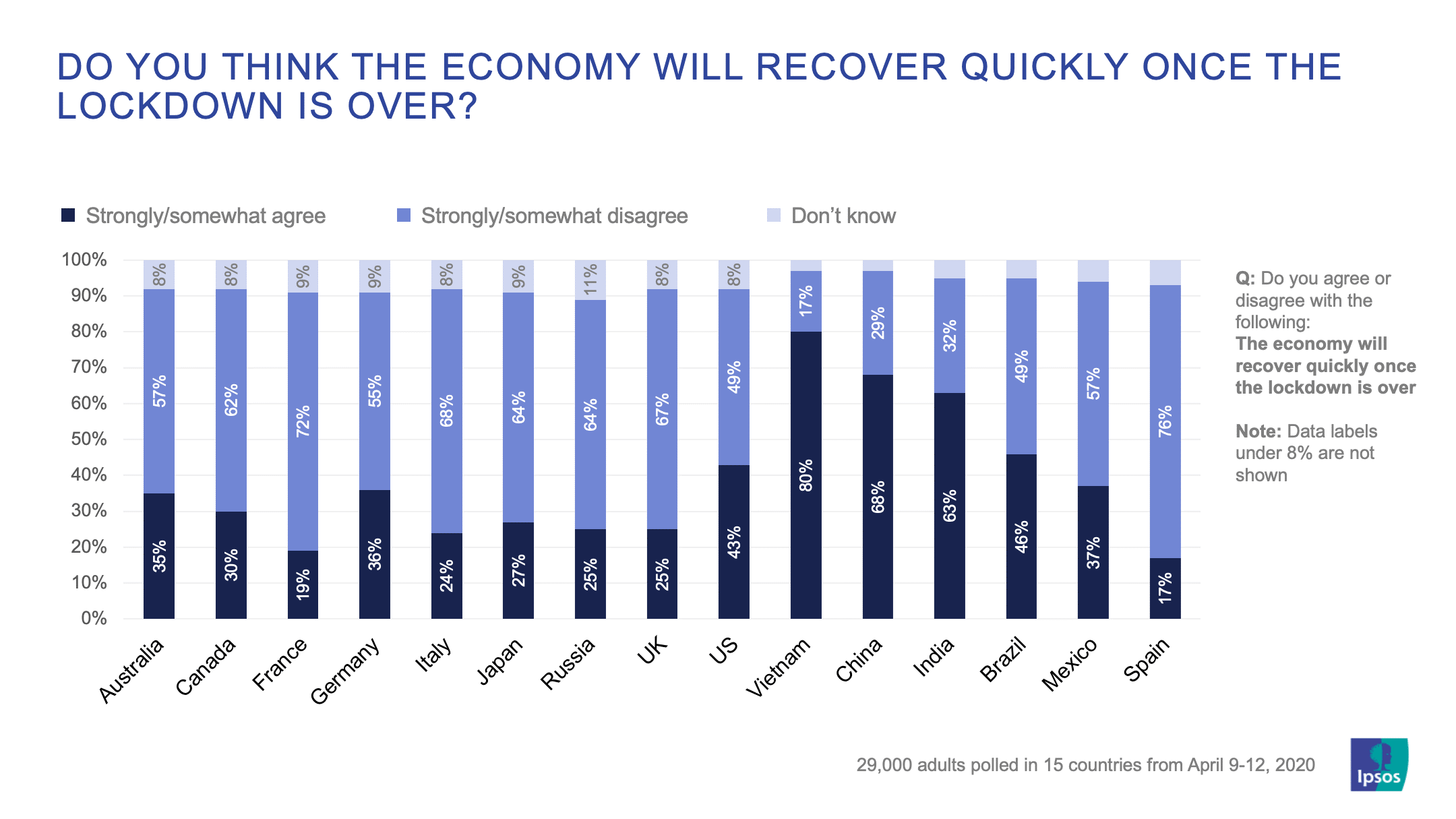 Over half of Indians, Brazil & Germans polled skeptical if restrictions and self-isolation work in stopping spread of COVID-19

In terms of actions taken, majorities in India (56%), Brazil and Germany (54%) say all of the restrictions on travel and mandates for self-isolation will not stop the spread of COVID-19. 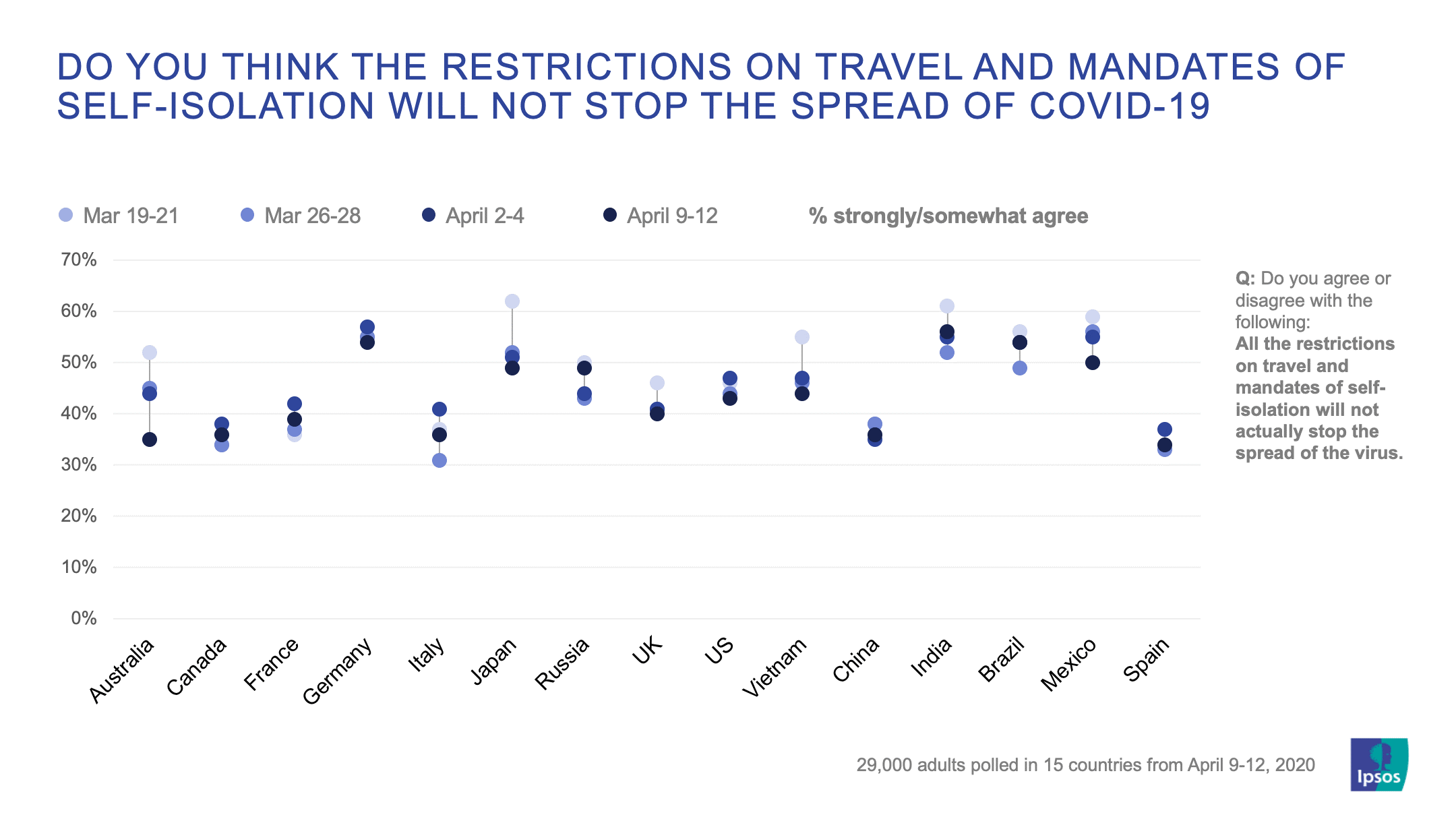