At least 81 per cent of the urban Indians polled want schools to restrict the numbers of days kids attend school.

France (42%) had the lowest number of respondents favoring restricting the number of days for kids to attend school. 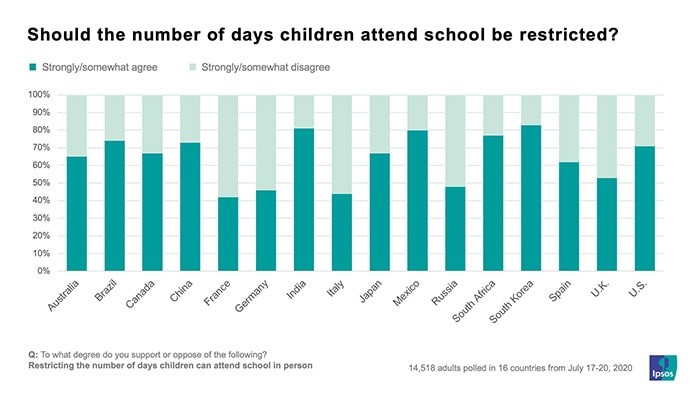 When should Schools & DayCare Reopen?

The pandemic has made most parents paranoid about sending their kids to school – and views are interestingly divided between one month to a year.

There is a general feeling of postponing the decision by a month to a few months to a year.

Interestingly, some of the global markets have started sending significant numbers of children back to schools for resumption of classes – at the top is Japan (60%), France (47%), Germany (45%), South Korea (40%),  Australia (40%), among others. 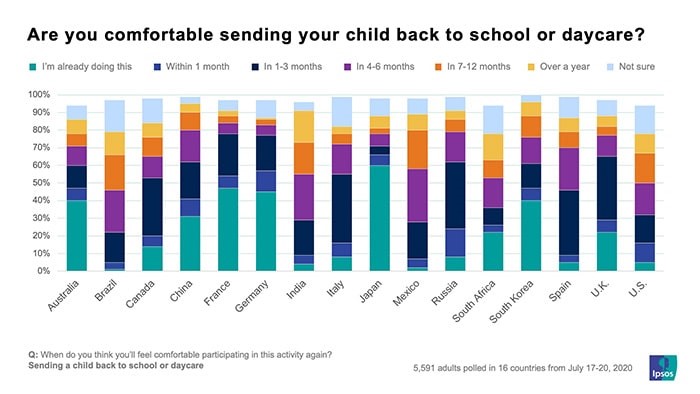 "With the pandemic far from over, online classes are the best recourse for now. And parents being indecisive about how soon kids should go to school and being wary is understandable," said Amit Adarkar, CEO, Ipsos in India.

About the Survey
These are the results of an Ipsos survey conducted July 17 to 20, 2020 on the Ipsos Essentials platform among 14,500 adults aged 18-74 in Canada and the United States and 16-74 in Australia, Brazil, China, France, Germany, Italy, Spain, India, Japan, Mexico, Russia, South Africa, South Korea and the United Kingdom.