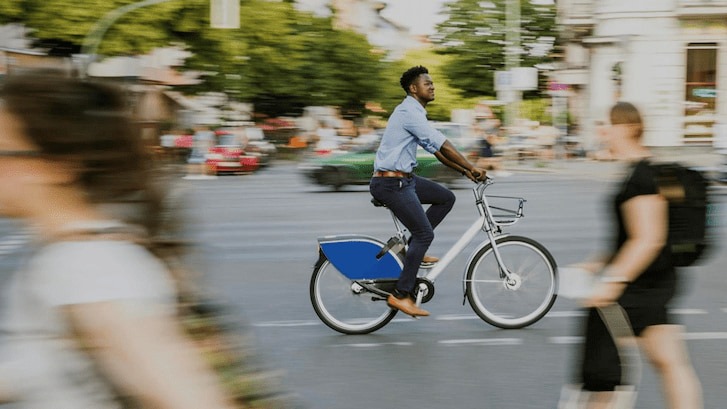 June 3rd is World Bicycle Day. In a run up to the day, Ipsos conducted a global 28 country survey among 20,504 adults, titled Cycling Across the World to understand and capture views on Cycling, on how it is perceived and its utility. The survey brings out interesting facets of cycling and its relevance by markets.

Further, at least 21% urban Indians claimed bicycle was their primary mode of transportation for a short distance, of 2 kms. The highest numbers were seen for Netherlands (45%) China (33%) where relatively higher number of citizens claimed to be cycling for short distances. And markets where bicycle was least preferred as the primary transportation mode were Canada (4%) and the US (6%).

Commenting on the findings of the study, Amit Adarkar, Ipsos India CEO said, “Cycling means different things to different strata of society in India. It is the vehicle of mobility for the poor and the popular leisure activity for the urban citizen, whose primary route of mobility would be public transport, shared mobility solutions, a 4-wheeler or a 2-wheeler. Improving infrastructure for cycling is popularizing its adoption. During the pandemic when everyone was home bound, cycling emerged as an important lockdown activity in residential areas.”

At least 9 in 10 urban Indians (90%) believe cycling plays an important role in reduction of carbon emissions. 86% global citizens hold similar view. And markets with highest scores were Peru and China (94%) and lowest was Germany (77%).

88% urban Indians believe cycling plays an important part in reduction of traffic. 80% global citizens hold this view. And highest score was for Peru (94%) and lowest in the US (66%).

8 in 10 urban Indians (82%) want new roads and infrastructure to provide greater emphasis to bicycles over automobiles. Peru agreed most at 86% and Canda (41%) agreed least. More number of global citizens polled (68%) endorsed it.

2 in 3 urban Indians (65%) believe cyclists in their area respect traffic rules. Though cyclists represent as much danger to pedestrians as to automobiles believe 58% of urban Indians polled.

Also at least 55% of the urban Indians polled believe cycling is extremely dangerous in their area. Chile & Colombia (70%) agree most, followed by Mexico & Peru (68%). Netherlands agrees least (14%). Markets vouching for the quality of cycling infrastructure had Netherlands (81%), China (74%) and Saudi Arabia (73%) at the top. India had at least 64% rating it good. Japan was at the bottom of the heap with just 28% agreeing.