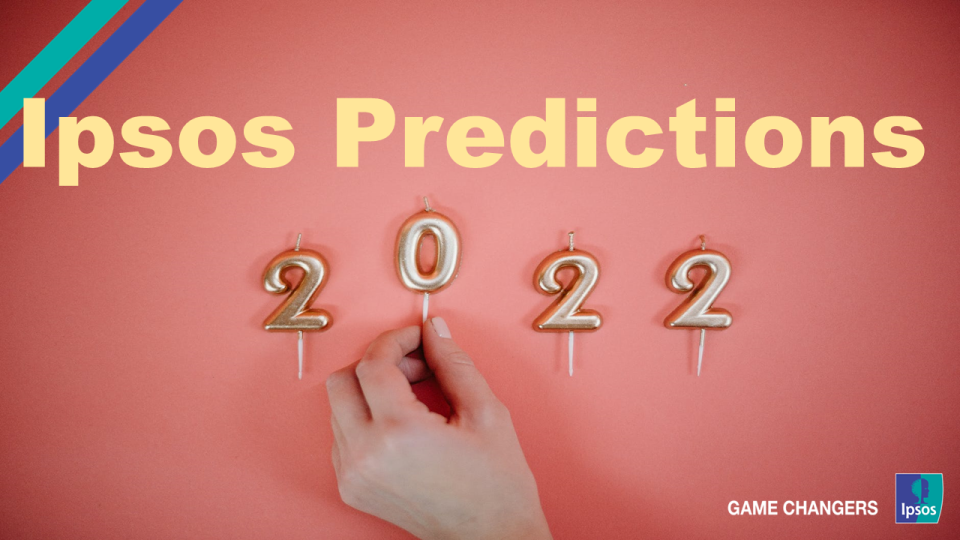 Further, there is optimism around city centers getting busy again with life limping back ro normalcy around people getting back to offices again – 7 in 10 agree globally (71%), India has 3 in 4 agreeing (74%) and interestingly, all 33 markets have more number of respondents feeling optimistic – markets at the top were China (87%), Malaysia (86%), Netherlands (81%) and Israel (80%).

While most global citizens disagree, at least 6 in 10 Urban Indians (60%) expect people to get more tolerant towards each other in 2022. Markets that expect this more likely to happen, were China (83%), Malaysia (66%),

Commenting on the findings of the survey, Amit Adarkar, CEO, Ipsos India said, "Most respondents are optimistic of the bright prospects for 2022 and expect the economy to grow, vaccination drive to accelerate and cover majority of population and further they expect tolerance levels to improve. Full recovery is still a long way off and Omicron surge could spoil the party if stern measures of isolation, vaccination and other protocols are not taken to stop the spread."

"Price will outpace incomes and escapism in the virtual world will grow, also strict laws for large tech companies by govt could happen are some of the predictions. Inflation, binge watching of content will be carry forwarded to 2022, believe most," added Adarkar.

There were predictions around the stock market crash, natural disaster, global IT shutdown due to hacking by a foreign govt., use of nuclear weapons, asteroid hitting the Earth, Aliens visiting the Earth etc.

"The verdict is out. 2021 was a bad year for countries, individuals and their families. Citizens polled are going to prioritize themselves and work with their communities as they step into a spanking new year," Adarkar said.