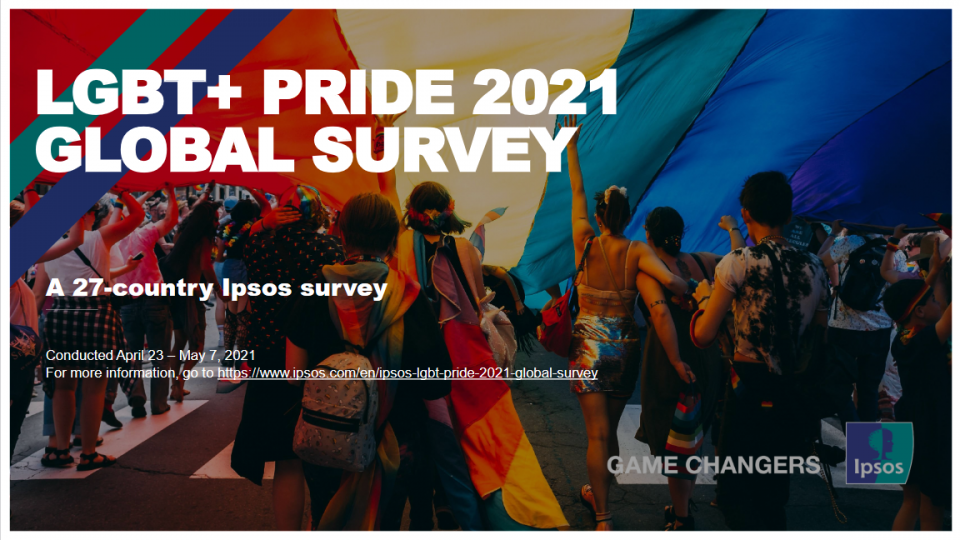 The Supreme Court of India passed the landmark decision in 2018 of scrapping Article 377 and for decriminalization of homosexuality and treating homosexuals with dignity; June is celebrated every year as Pride Month and to mark the occasion Ipsos conducted a 27 market LGBTQ + Pride Survey among 19,069 global citizens. The survey shows significant support for the rights of homosexuals among urban Indians – 2 in 3 urban Indians (66%) believe same sex couples should have same rights to adopt children as heterosexual couples (61% global citizens too display similar views); 3 in 5 (62%) urban Indians believe same sex couples are as likely as other parents to successfully raise children (62% global citizens support this view).

Interestingly, 56% urban Indians say their views are different about homosexuality, of what they were 5 years ago.

“We see a growing acceptance and support for LGBTQ+ community among urban Indians, and most of the changes have come about after the doing away of article 377 by the apex court; the stigma has started to wane with more people coming out in the open about their sexual orientation and support and acceptance increasing,” says Amit Adarkar, CEO, Ipsos India.

Engagement in activities of LGBTQ Community

At least 21% urban Indians claim they have attended a public event in support of LGBT people (a Pride March); 18% have attended the wedding of a same sex couple; at least 19% have visited a bar or a night club that caters primarily to LGBT people; and 30% claim to have spoken out against someone who was being prejudiced against LGBT people.

Views on traits of LGBTQ

“Mindset change for urban Indians is coming about, in accepting the LGBTQ+ community, but PDA is a cultural thing and there is discomfort with openly displaying of affection even for straight individuals, not just for LGBTQ,” adds Adarkar.

These are the results of a 27-market survey conducted by Ipsos on its Global Advisor online platform. Ipsos interviewed a total of 19,069 adults aged 18-74 in United States, Canada, Malaysia, South Africa, and Turkey, and 16-74 in 23 other markets between April 23 and May 7, 2021. The sample consists of approximately 1,000 individuals in each of Australia, Belgium, Brazil, Canada, China (mainland), France, Germany, Great Britain, Italy, Japan, Spain, and the U.S., and 500 individuals in each of Argentina, Chile, Colombia, Hungary, India, Malaysia, Mexico, the Netherlands, Peru, Poland, Russia, South Africa, South Korea, Sweden, and Turkey. The samples in Argentina, Australia, Belgium, Canada, France, Germany, Great Britain, Hungary, Italy, Japan, the Netherlands, Poland, South Korea, Spain, Sweden, and the U.S. can be taken as representative of these countries’ general adult population under the age of 75.The samples in Brazil, Chile, China (mainland), Colombia, India, Malaysia, Mexico, Peru, Russia, South Africa and Turkey are more urban, more educated, and/or more affluent than the general population. The survey results for these countries should be viewed as reflecting the views of the more “connected” segment of their population. The data is weighted so that each country’s sample composition best reflects the demographic profile of the adult population according to the most recent census data. Where results do not sum to 100 or the ‘difference’ appears to be +/-1 more/less than the actual, this may be due to rounding, multiple responses or the exclusion of don't know or not stated responses. The precision of Ipsos online polls is calculated using a credibility interval with a poll of 1,000 accurate to +/- 3.5 percentage points and of 500 accurate to +/- 4.8 percentage points. For more information on the Ipsos use of credibility intervals, please visit the Ipsos website. The publication of these findings abides by local rules and regulations.