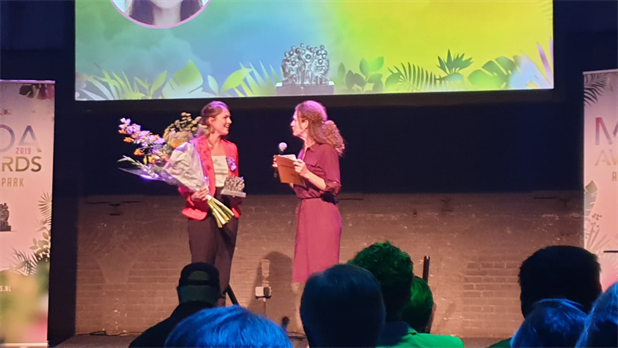 "I think it is an honor to have been named Young Talent! It came as a big surprise that my team had nominated me for this award and I would also like to very much thank my clients for their nice references!"

Pauline is working since 1.5 year, with great pleasure, as a Research Executive at Ipsos. Her curiosity about what moves people developed during her study Neuropsychology. A curiosity that grew into a passion.  It is with the same passion that she now carries out her work as a researcher at Ipsos. And she is doing that fantastically!

A selection of what clients say about Pauline

"In her very own way, Pauline convinced the jury that she is a talented market researcher. When listening to her you will soon forget that she has only been in the profession for a year and a half. Young and open-minded she wonders why she was actually nominated. After all, she simply does her job and likes it. That is exactly what she radiates and why her customers appreciate her so much. Her curiosity and enthusiasm bring out the best in her. Pauline herself doesn't think it is all that special what she is doing, but what Pauline says makes sense. And we think that so early in her career that is quite special, just like the fact that in her first year, Pauline was invited by Google as one of the main speakers at a meeting about voice assistants. To the question if she still sees herself in market research in 10 years, she says resolutely, "yes, certainly". We sincerely hope so! "