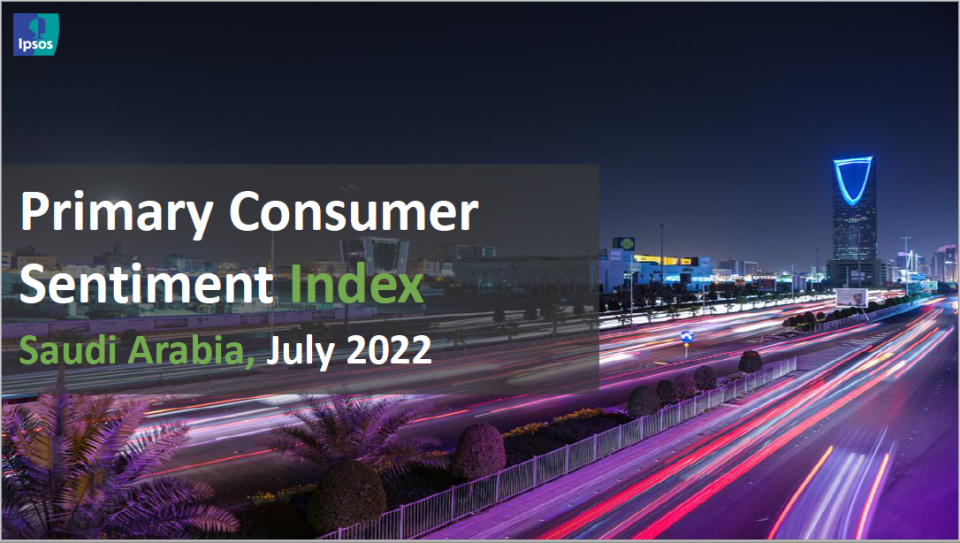 Results of the July 2022 Primary Consumer Sentiment Index (PCSI) in Saudi Arabia, released by Ipsos, reveal a slight decrease compared to the previous month, leaving it at 70.1 versus 73.6.

Saudi Arabia came in first when it comes to the current state of its economy bypassing China, with 57% saying that the economy is strong. The Kingdom also comes in second place globally with the vast majority of consumers (90%) believing the country is heading in the right direction, a 6% decrease since June 2022.

When it comes to concerns, taxes (34%) have topped the list passing worries about Coronavirus which had been a major concern for months. Unemployment comes in second place with 28% expressing concern, while moral decline (28%) makes it to third place with a 9% increase compared to June 2022.

On a personal level, consumers in the Kingdom came in first place globally when it comes to their personal financial situation, with a slight increase since the beginning of 2022. Currently, 43% believe that their financial situation is strong. It is also notable that the ability to make a major purchase has increased since May, whereby 80% feel more comfortable making a major purchase.

Looking ahead to the coming 6 months, the majority still have a positive outlook, with 76% more or less comfortable with investing in the future, including the ability to save money for retirement and children's education. Also, 79% expect the economy in their local area to be stronger than it is now.

The Primary Consumer Sentiment Index is a global index conducted monthly by Ipsos across 24 countries in collaboration with Thomson Reuters, and measures consumer attitudes towards the current and future state of the local economy, consumers’ personal financial situation, as well as confidence to make large investments and ability to save. The survey has been running monthly in Saudi Arabia since 2010.