More people across 15 major countries say they are now wearing a face mask to protect themselves from the coronavirus pandemic.

In a survey of nearly 29,000 respondents conducted from April 9 to 12 in 15 countries, there’s been gradual increase in the number of people who say they are now wearing a face mask due to COVID-19 since mid-March. 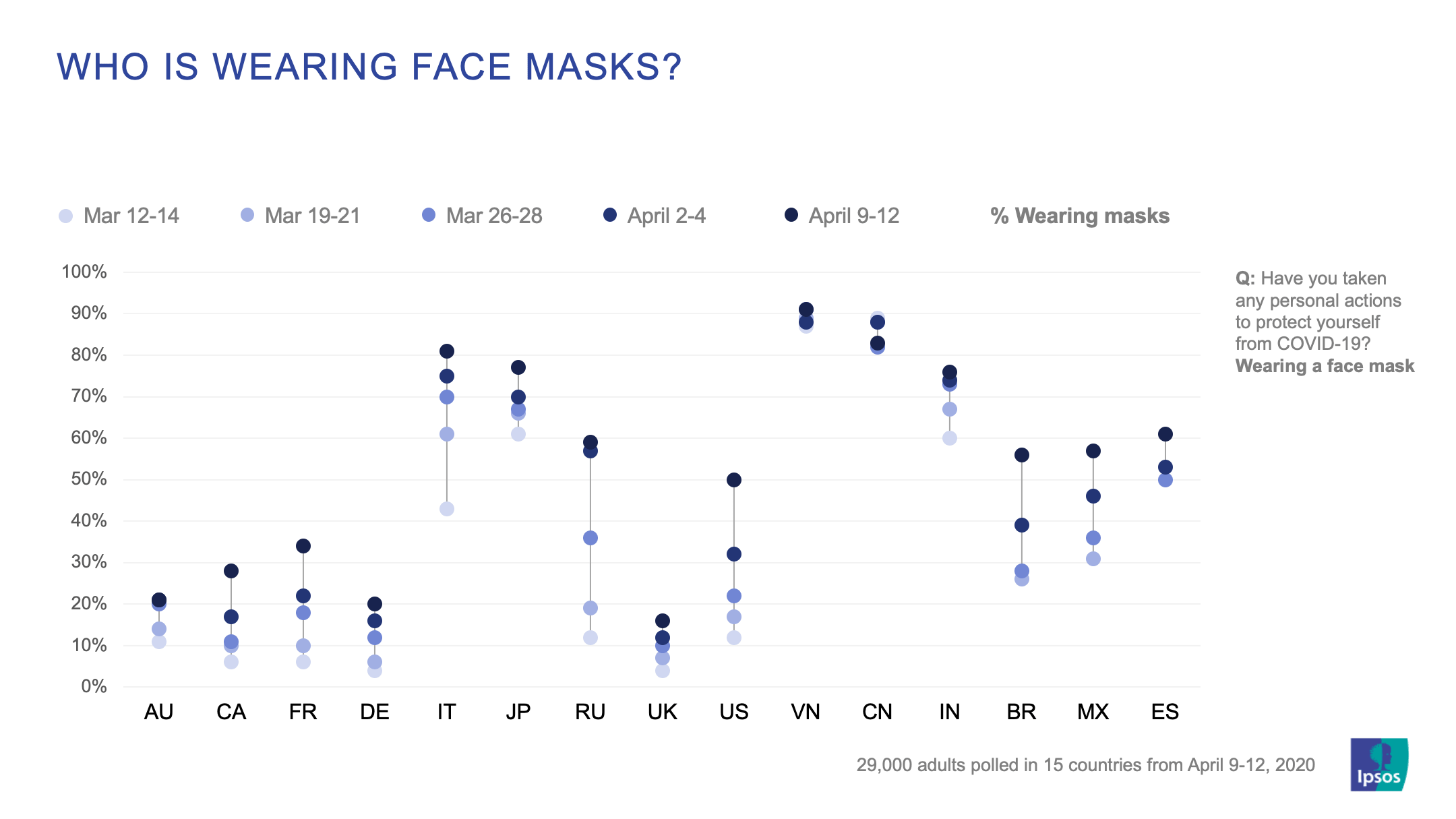 A perceived draw back in wearing face masks in many countries is getting access to one. Nearly three in five people (57%) in Japan say they have heard masks are not available or are too expensive even if they wanted to wear one. This sentiment is also high in France (49%), Germany and Spain (45%). 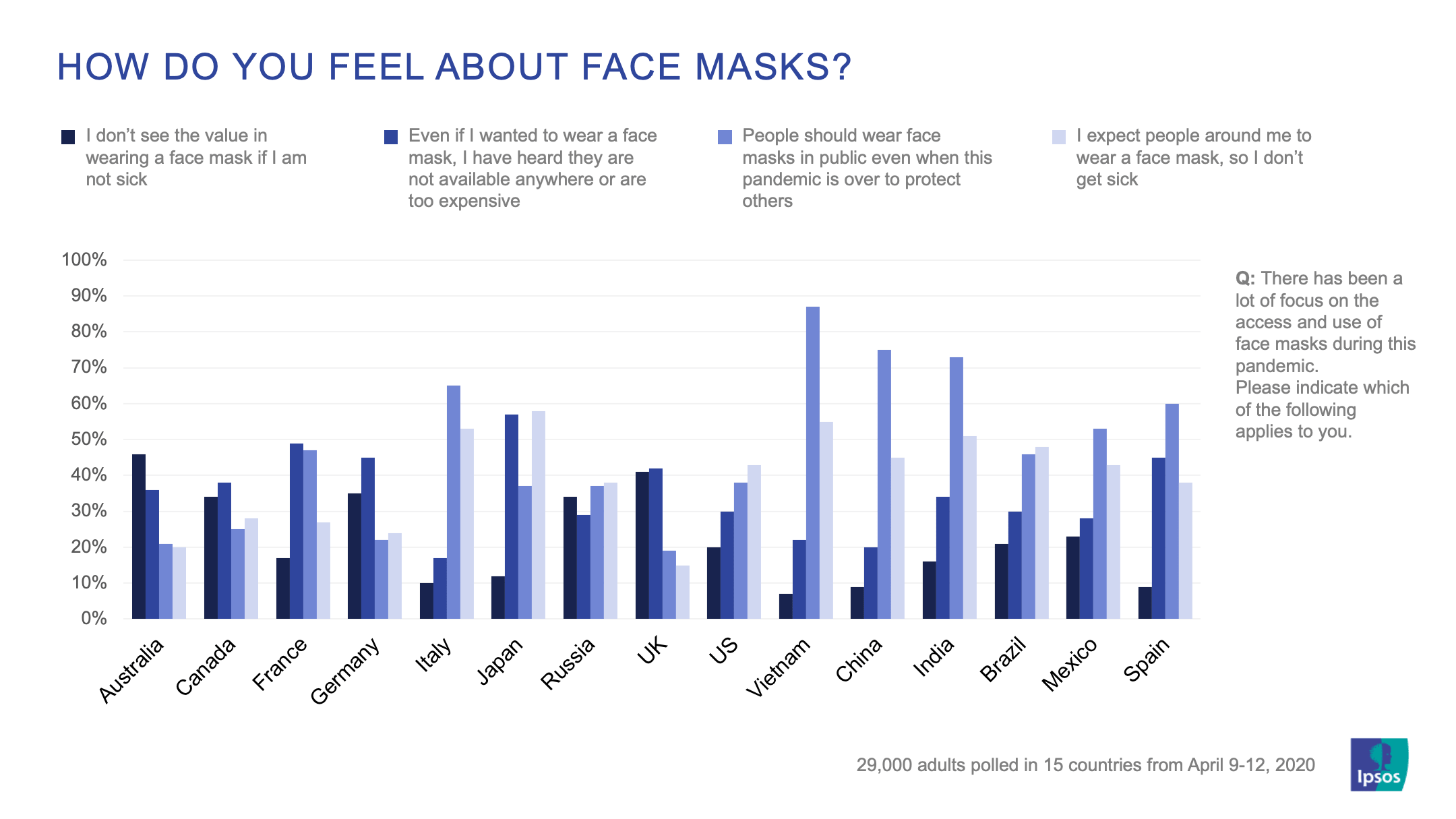