Toronto, March 24, 2020 — More than half of people in many large countries think the restrictions on travel and mandates for self-isolation will not stop the spread of the coronavirus, according to the latest Ipsos survey. 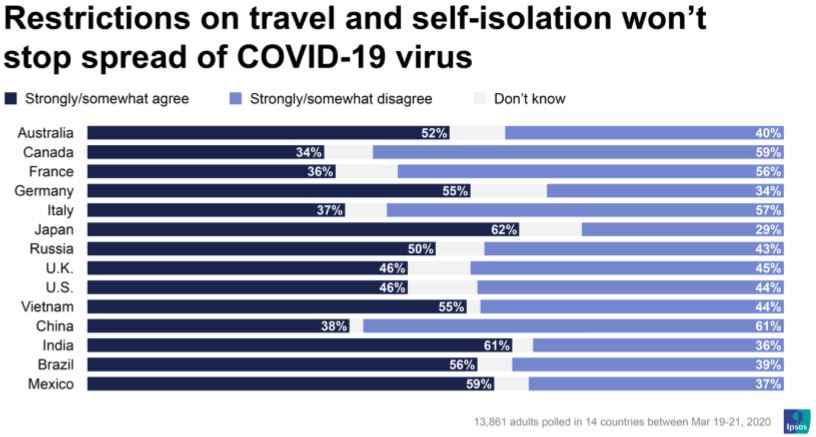 Darrell Bricker, CEO of Ipsos’ Public Affairs, said the results show people are not confident that isolation, both personally and nationally, will stop the spread of the coronavirus. 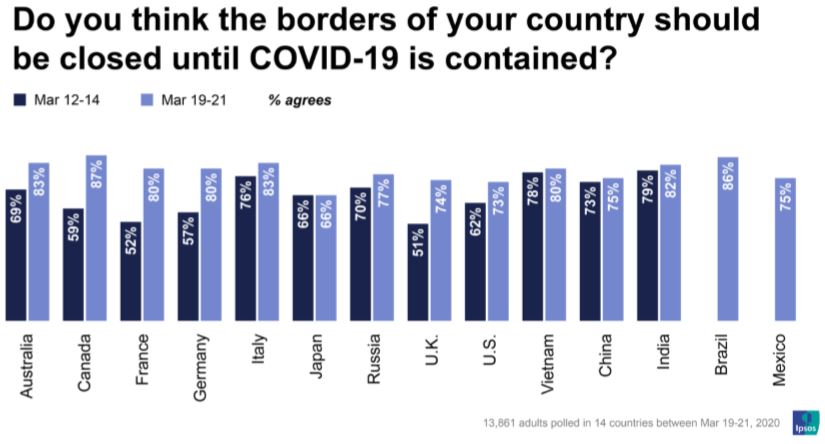 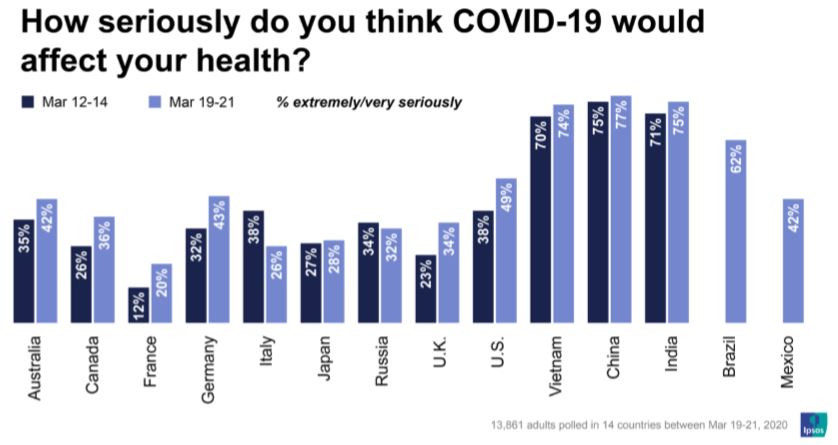 At the same time, there’s also been a noticeable increase in the number of people who think the coronavirus poses a high threat to their job or business in all countries ̶ with Italy being one of the few exceptions remaining unchanged at 63%. Meanwhile, Japan is the only country with a decrease ̶ down two points to 32%. 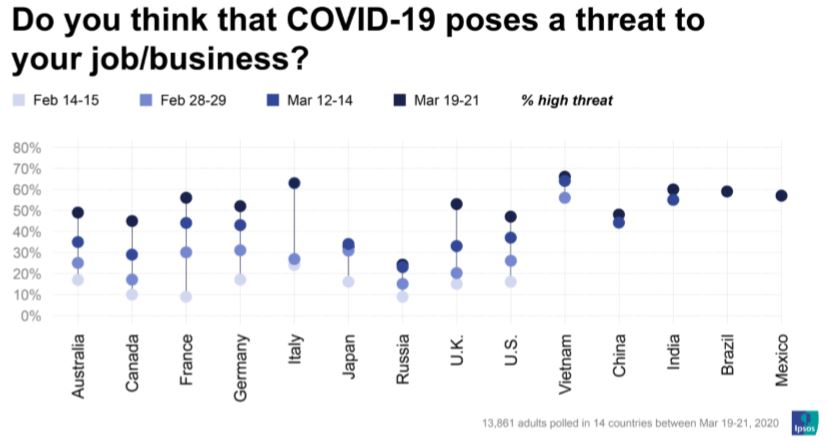 The sample consists of approximately 1,000 individuals in each country. The samples in Australia, Canada, France, Germany, Italy, Japan, the U.K. and the U.S. can be taken as representative of these countries’ general adult population under the age of 75. The sample in China, India, Russia and Vietnam is more urban, more educated and/or more affluent than the general population and should be viewed as reflecting the views of the more “connected” segment of the population. The data is weighted so that each market’s sample composition best reflects the demographic profile of the adult population according to the most recent census data.

Where results do not sum to 100 or the ‘difference’ appears to be +/-1 more/less than the actual, this may be due to rounding, multiple responses or the exclusion of don't knows or not stated responses. The precision of Ipsos online polls are calculated using a credibility interval with a poll of 1,000 accurate to +/- 3.5 percentage points. For more information on the Ipsos use of credibility intervals, please visit the Ipsos website (www.Ipsos.com).

Our passionately curious research professionals, analysts and scientists have built unique multispecialist capabilities that provide true understanding and powerful insights into the actions, opinions and motivations of citizens, consumers, patients, customers or employees. We serve more than 5000 clients across the world with 75 business solutions.