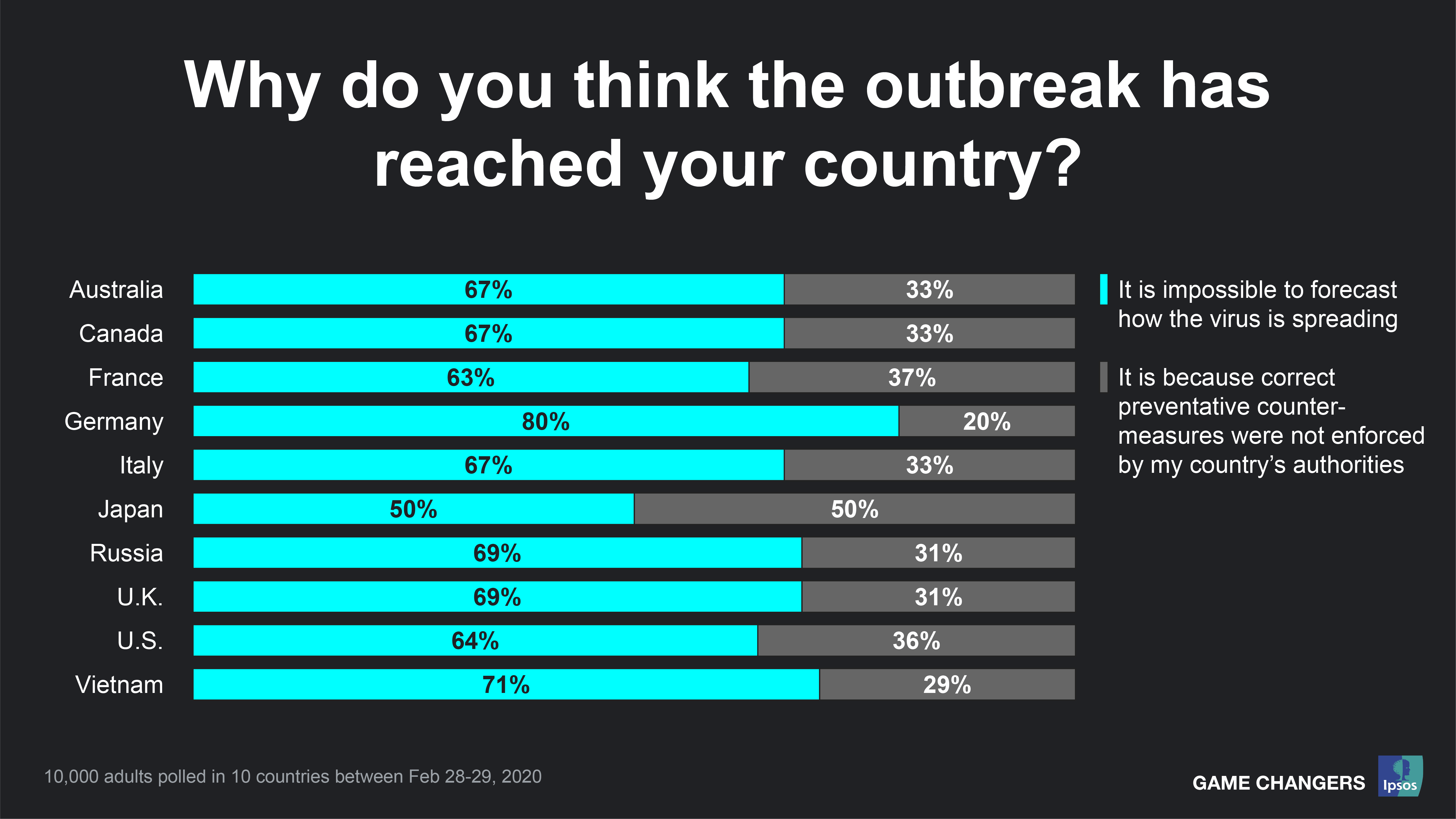 The sample consists of approximately 1,000 individuals in each country. The samples in Australia, Canada, France, Germany, Japan, the U.K. and the U.S. can be taken as representative of these countries’ general adult population under the age of 75. The samples in Russia and Vietnam are more urban, more educated and/or more affluent than the general population and should be viewed as reflecting the views of the more “connected” segment of the population. The data is weighted so that each market’s sample composition best reflects the demographic profile of the adult population according to the most recent census data.

Where results do not sum to 100 or the ‘difference’ appears to be +/-1 more/less than the actual, this may be due to rounding, multiple responses or the exclusion of don't knows or not stated responses. The precision of Ipsos online polls are calculated using a credibility interval with a poll of 1,000 accurate to +/- 3.5 percentage points. For more information on the Ipsos use of credibility intervals, please visit the Ipsos website.