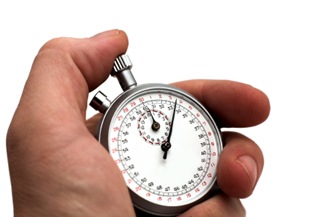 Back in the days before behavioural science and behavioural economics, we wrote questionnaires that simply asked people questions for them to answer as best they could. These answers were all we had to go on. If we asked people how they perceived Air New Zealand, or which brand of beer they preferred, we simply recorded which boxes they ticked or the words they thoughtfully typed in.  While the construction and analysis behind many of our questions can be highly sophisticated, valid, and even patented, we are still often reliant on the same question-and–answer.

But thanks to neuroscience, market researchers can now go further, measuring the strength of brand-attribute associations via “implicit response time measurement” that measures not just the boxes people tick but how quickly they do it. The stronger the associations in peoples’ brains, the faster their brains access them when asked. Faster thinking is more automatic - it’s driven by intuition and emotion and the unconscious.  In contrast, slower associations are more controlled and reflective.

When making choices as consumers, we tend to rely more on the faster kind of thinking – those are the implicit reactions and they influence our decisions without our even noticing. Even major decisions that we believe we put careful, dispassionate thought into, are unconsciously influenced by these associations.  That’s why even a serious piece of pre-purchase homework will inevitably start with some brands automatically included and some excluded from consideration.

As the explicit reactions tend to be slower and more thoughtful, they’re also more prone to cognitive biases. One is the “social desirability bias,” which means that people answering survey questions understate their “bad behaviours” and vice versa. Another bias is the “halo effect” where we assume that if someone or something is good at one thing, they’re probably good at other related things. While researchers have ways to compensate for those biases in their questionnaire design and analysis, it’s now been proven that the implicit reactions are less prone to these biases.

Ipsos, in a first-ever multivariate-study of these effects, has confirmed that the implicit and explicit reactions certainly do show different associations. For example, when asked about Apple in a study about mobile phones, respondents associated the brand with more attributes via their implicit, subconscious reactions than they consciously did through their explicit reactions, demonstrating the ‘filter’ that is applied when people have to consciously select and exhibit an answer.

This technique and what it can reveal has several implications for brand and category management because we can now get a better idea of what’s really going on “beneath the surface” and develop different strategies as a result.  For example, promotions, coupons, and in-store displays should leverage explicit attributes because they don’t need to evoke the implicit drivers which are already in consumers’ minds.  Conversely, these techniques can reveal where a brand manager needs to prioritise certain branding messages because poor implicit scores reveal a weakness that might have otherwise looked like a strength.

So now, as we design questionnaires, we are increasingly measuring not just what respondents say, but how quickly they say it.  Knee-jerk reactions may have had a bad rap but it’s precisely these unvarnished, raw responses that are now revealing more about brands than ever before.