GenPop: Why do you think price will be an issue in the adoption of autonomous vehicles?

Matt Sweeney: If you run a survey and you ask someone if they want to get a ride from some stranger in a Prius hailed through a smartphone app, they may tell you that there’s no way they’d do it.

They would prefer a taxi or something else. But if you offer a much better price, we know what they’ll say. We’ve seen the result of that. The adoption of those kinds of services is really, really fast. People will make decisions based on economics.

GenPop: Were you surprised by how quickly people adopted a technology like Uber or ride-hailing in general?

Sweeney: Yeah, everyone was. Uber was one of the fastest-growing companies in the modern era, maybe ever — depending on how you measure it. That was driven by how strong the product offering was both from economic and actual functional perspectives: You get really good tracking and you can see the car coming to you; you get a receipt afterward and payment goes right to your credit card; and you have high reliability. These are better economics than the existing incumbent. There are almost no compromises when you look at that. 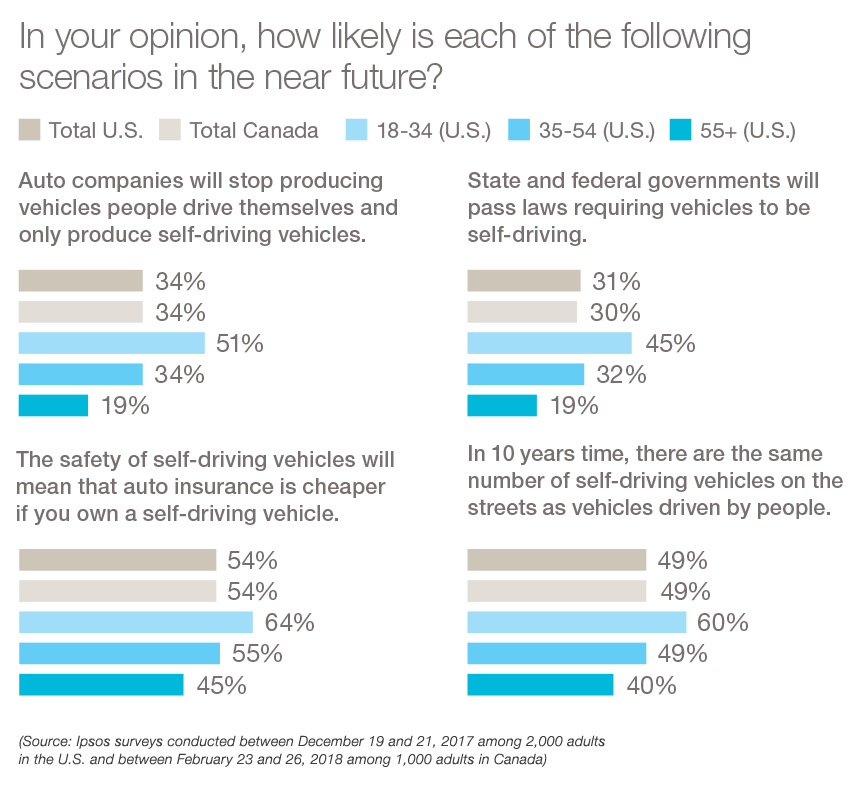 GenPop: What will be the tipping point?

Sweeney: I think there’s a breaking point where the cost-per-mile of personal ownership around something like a commodity sedan like a Honda Civic or a Toyota Camry — if you get below that with a ride-sharing vehicle, particularly with an autonomous ride-sharing vehicle, you can approach it pretty quickly. The cheaper you make it, the more receptive people are going to be. They’re going to get over their anxiety about self-driving vehicles in general because it’s cheaper.

GenPop: We see signs of that anxiety in the global data.

Sweeney: Intuitively you might think that autonomous vehicles would have a really high barrier to commercial acceptance or to public acceptance because they’re new and perhaps scary to some people because they’re not sure how the vehicles work. But price is a huge driver of acceptance. Peer-to-peer ride-sharing services are an unorthodox idea, but [it succeeds] because it provides such an obvious value. You’ve got this one transaction in front of you that you’re evaluating, from which you can get surprisingly high receptivity and really surprisingly high adoption of services quickly. You don’t have to make this buying decision about a large discretionary chunk of income for a car. You’re evaluating a single ride, and a single ride is a very small commitment. If you don’t like it, you won’t do it again in the future. 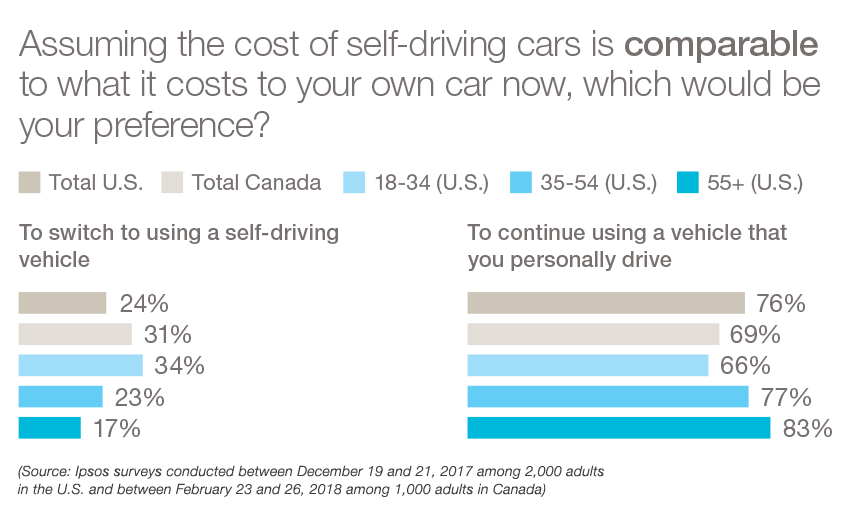 GenPop: In our data, people aren’t so sure that the switch-over is going to happen quickly, especially the part about replacing human-driven cars entirely. If you had to put a number on it, when do you think we’ll be more than halfway there?

Sweeney: [Pauses to run some calculations in his head.] I think it’s the half of ride-sharing within five years. For total replacement, I don’t think I can make even an educated guess on that. It’s going to be driven by the same kind of factors that drive the adoption of ride-sharing in general. The usual fallacy in tech is you think that it’s coming way sooner than it is and then you underestimate its overall impact.

GenPop: What were you calculating during that silence?

Sweeney: There’s a particular application that is ride-sharing where I do think that in three years or five years there’s going to be dramatic contribution of [self-driving] technology. I’m trying to reconcile that with this behemoth that is the personally-owned vehicle industry and the personal vehicle fleets that are out there. Ride-sharing is still, even for its massive growth and rapid adoption, a small segment versus total vehicle miles. 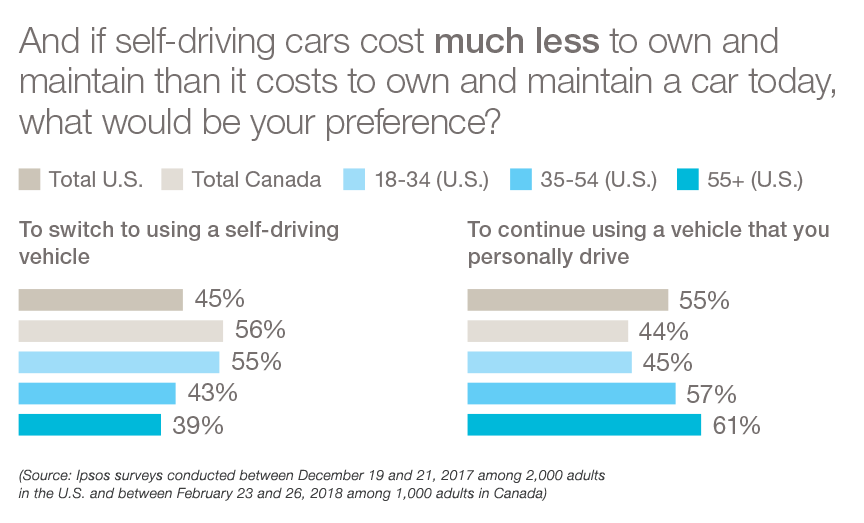 GenPop: A lot of your questions were about future scenarios. On one hand, they’re gaining access to what is promised to be this incredible and freeing technology. On the other, it could be spun as “giving up” the “right” to drive. Does this spell trouble?

Sweeney: You’re seeing that kind of car culture clash. This follows a bunch of demographic trends. The average age in the U.S. for people getting their license has been drifting upward. People are getting their license later or they’re not getting it at all. So you’re seeing it play out already with ride-sharing and with reduced personal ownership use along generational lines. [Younger Americans] have other means of personal expression that are competing with a vehicle. There are other factors like cost and ride-sharing and public transit and biking and other kinds of non-car transit in the U.S. I think those are going to get exacerbated, and they’re going to continue. That will change how we think about these vehicles as totally individualized objects where we choose the color and the detailing and add accessories. It will be more like a transportation-as-a-service sort of model. I need to get from point A to point B.

The real core issues around safety are quite universal, and I hope that we’re able to say that this has real potential to make the most substantial reduction in auto fatalities since the seatbelts or the airbags.