Residents of Phoenix see driverless minivans from Google’s Waymo cruising around town like it’s no big thing. But the future of mobility doesn’t just impact our cars. It impacts how we live and how we work. If your job is in auto insurance you’re already thinking about how AVs and potential changes to ownership structures will affect your industry. If you have a snack product for people on-the-go you are likely considering that fewer gas stations will impact sales. Parking garage operators and mechanics see that the writing on the wall is getting bigger. Urban planners are salivating about smart ways to improve our built environment. 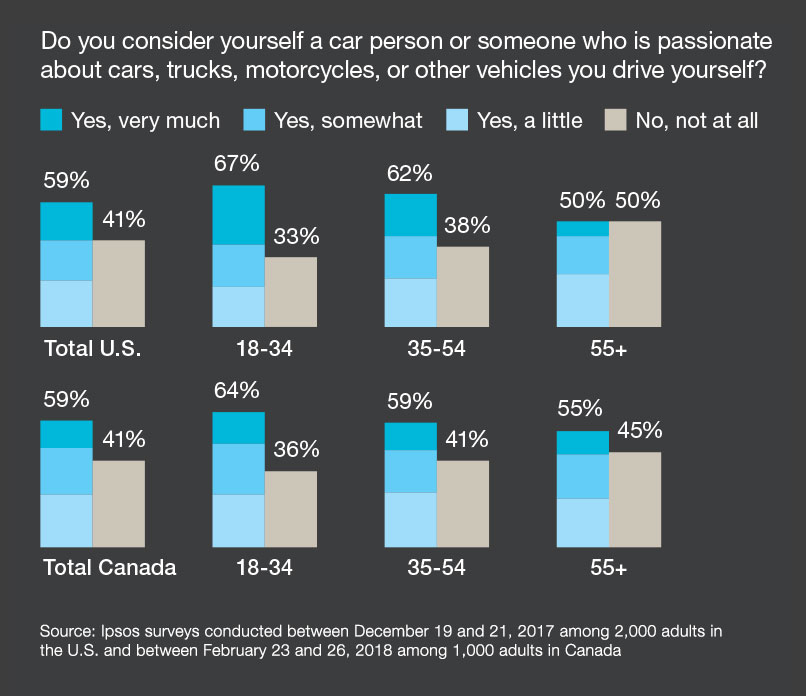 Less obvious changes are coming, too. Say you’re an emergency room doctor. In the not-too-distant future an AV might pull up with an unresponsive passenger. The car’s been monitoring her vital signs and provides you with her medical history from an app on her phone. Or say you’re in retail banking and you no longer get robbed because there’s no way for a would-be thief to have a getaway car. Unless, of course, a black market of AV-hacks develops to let people drive “off-the-grid.” Otherwise, car chases will be a thing of the past because police will order your AV to pull over and your AV will always comply. That assumes there would be a reason for police to pull over a vehicle. How would you get your AV to speed?

While it’s fun (scary?) to think about these futures, the truth is that most people aren’t idly pondering scenarios like this. That’s what this issue of What the Future is all about: the human reaction to a future that’s coming soon. Are we as a society ready for it? How do we want it to shake out? And what will that mean for all the industries impacted by it, which is to say every single industry?

America is, perhaps uniquely, a car culture. Muscle cars and motorcycles came to define freedom in a freedom-obsessed nation. Every facet of our landscape is shaped by the automobile, from the rise of highways and suburbs, to cultural touchstones like the Great American Road Trip. Americans self-identify as “car people,” and most say that their identity is entwined with their transport.

It is here in this vital market that the autonomous future might be the hardest sell. Are we ready to move from the driver’s seat to being passengers? Are Americans ready to replace the roar of the engine with the silence of electric vehicles? Can pickup and T-Bird-loving garage tinkerers make the transition to a world where cars are often rendered as driver-free, personality-free pods? 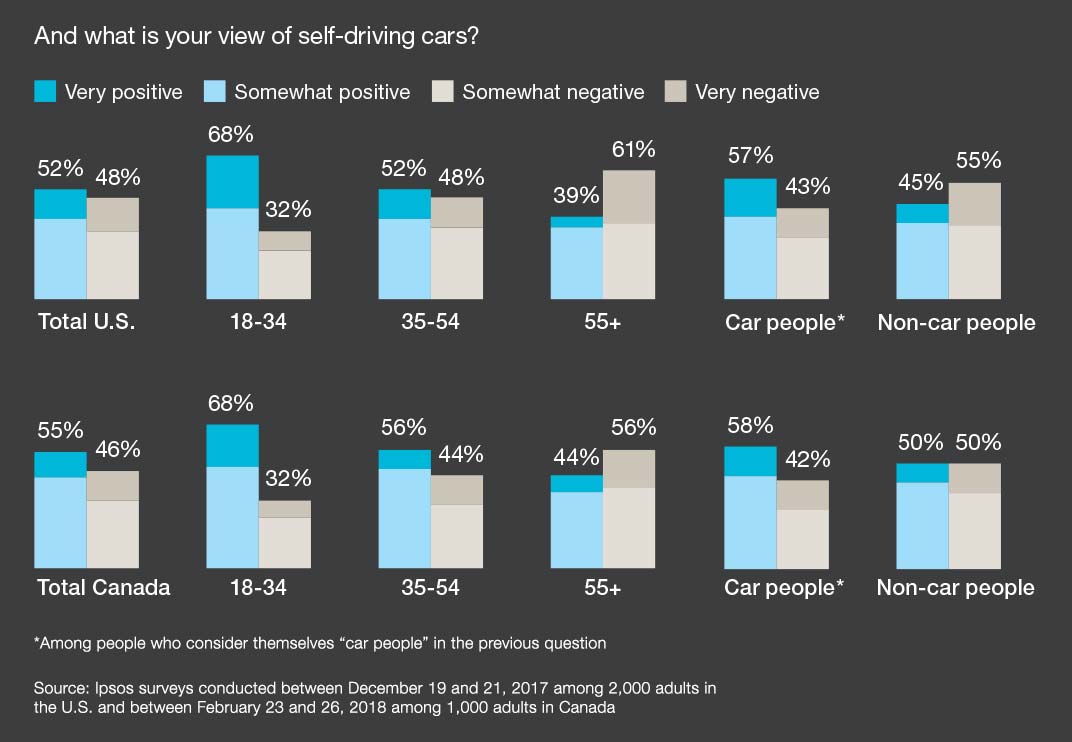 While the gut response from many Americans and Canadians might be a firm “no”, we see glimpses in the data about what could help sway opinion. From economics to ease of use to safety there are features of the future we can all get behind.

As with any change this sweeping, the autonomous future will come with trade-offs. It will raise questions about safety, pricing, privacy, convenience, freedom and more. We will talk about these critical questions throughout this report. The answers are based on several sizable, exclusive global studies of attitudes and opinions. The surveys aren’t about technology, but rather about the human reaction to it.