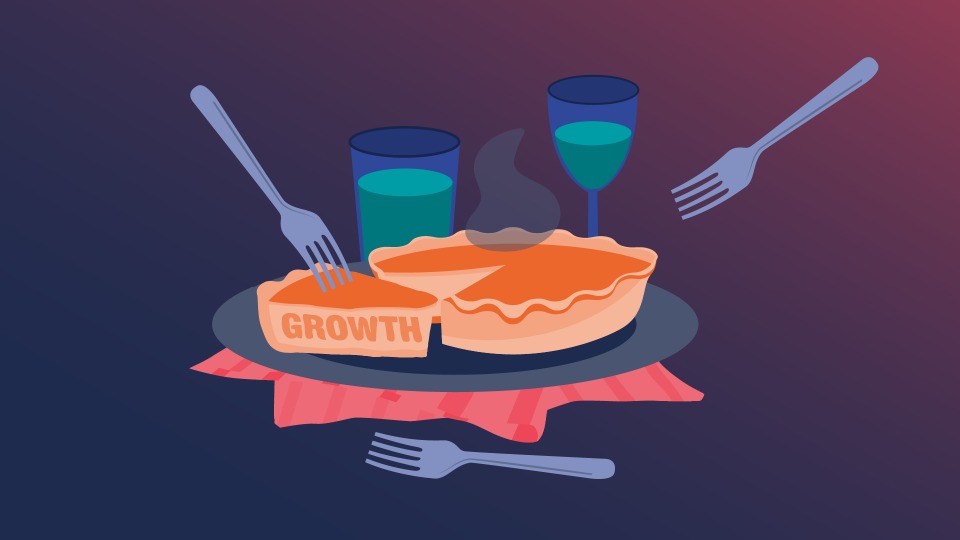 What’s it like being an economist during this cost of living crisis when everyone seems to be talking about the economy? In particular, speaking as an economist who is also an author, broadcaster, and government advisor, how do you bridge the gaps between experts, policy makers, and the public at large? If you could change one thing about how each group understands economics, what would it be?

Communication is key. Being able to clearly explain what’s driving inflation and what can be done about it are always important, but even more so during a crisis so people and companies can make their own assessments about what it means for their lives and livelihoods.

If I could change one thing about the understanding of economics, it would be to stress that it is a social science; meaning it is not a natural science where there is greater certainty. So, it is helpful to be clear about the analysis, evidence and judgement involved in assessing any economic issue.

Ipsos global data shows that concern about the cost of living has risen to become the top issue around the world, and our research shows the public themselves recognise there are a range of causes, from global/external shocks to individual factors specific to the UK. What is your view on the different factors causing the cost of living crisis in the UK – how much can the government control this?

As the Bank of England has assessed, 80 percent or so of our inflation is due to global factors, including the Russia-Ukraine war and the supply chain disruptions from the pandemic. Nevertheless, government can help shield people and firms, for instance, by capping energy prices and offering income support to those most vulnerable to help them weather the energy shock.

Do you think the UK economy has been more or less vulnerable to shocks compared to other countries, or is it much like other similar economies? And do you think it is any more or less resilient in its ability to recover – why?

The UK is a more open economy, as seen in its trade-to-GDP ratio as compared with other major economies, so it is more affected by global prices, including this energy shock. But, this has been the British economy’s position for well over a century, during which time it has shown great resilience in its long history.

You’ve written a book about Great Economists and how their ideas can help us today. What do you think they can teach us about the current cost living crisis and what are the right policy actions to take in response?

In my book, The Great Economists: How Their Ideas Can Help Us Today, I examine 250 years of economic history including the 1970s. That was the decade of two energy price shocks, which generated numerous lessons. One important lesson is that there is a limit to what monetary policy can do when it is a recession caused by a supply shock. But that doesn’t mean there is no role for central banks. In the decades since, it has become important for central banks to manage expectations that it will do what it can to control inflation. At present, it means raising interest rates until it is ‘neutral’, which means it doesn’t stimulate or depress the economy. What that rate is has been a point of contention for some time, and we may soon find out the answer.

Inflation – in the UK at least – is not something that people have had to be worried about for some time. In what ways is the current cost of living crisis similar to other historic financial crises, and in what ways is it different?

The closest historical analogy is to the 1970s. It is similar in that war triggered the spike in energy prices. It’s different in that the 1970s was caused by wars in the Middle East, while Russia and Ukraine are also both major exporters of commodities like metals and food. It means that the current shock has led to record high food prices that affect what people can afford. It also means that production is impacted more deeply than if it were just energy. This is why this is a very worrying cost of living crisis.

You’ve called for a coherent economic growth strategy. What do you mean by that – what would your recommendations for government be?

To raise standards of living, the UK needs to increase its growth rate. To do so would require a long-term strategy that focuses on investment in people, innovation, digital and green infrastructure, among others. The UK invests 10 percent of GDP which is less than more productive nations like the US and Germany. Much more is needed to raise productivity.

What about British businesses – how do you think they should respond to the current economic situation? And how can government policy be used to support them?

The cap on wholesale energy prices will help and also reduce uncertainty which is rife. Businesses should brace for recession and ensure that costs are under control, which is one lesson from history. Another one is that businesses that can keep to their strategic growth objectives during a recession will come out stronger. If you can grow well during a downturn, you will do more than well during the upturn.

The recent budget has also re-opened the debate about economic growth vs redistribution. For example, the Conservatives are most trusted on growing the economy, but Labour are most trusted to reduce the cost of living. What’s your view on how policy makers should be setting the right balance between the two, and how to ensure economic growth benefits everyone?

It’s possible to grow strongly and equitably. A chapter in my Great Economists book is titled: Is inequality inevitable? History suggests the answer is yes. Growth will benefit some more than others, but ensuring that people have the ability to benefit as the economy grows is crucial. A larger pie which is distributed more equally is certainly possible, which means that growth and greater equality can be achieved at the same time.

What, if any, do you think are the biggest challenges for the British economy in the longer-term, and what policies do you think are needed to deal with them (for example like levelling-up)?

Growth is the biggest challenge; not just the pace but also the quality of that growth. Is it fair? Is it green? Does it improve not just livelihoods but well-being? Is it innovative in ways that can change the world for the better? Do people have equal opportunities? There is much more to add to this list, and the UK is far from alone. The 21st century has seen many nations face slowing growth and grappling with how they want their economy and society to be. Once we know the destination, then the next challenge is devising the strategy and how it can be delivered.

As you know there is very high level of concern about the cost of living at the moment, and optimism about the economy is low – do you see any economic good news on the horizon?

The pace of innovation, and importantly adoption of technology, has sped up. Whether it’s tech to enable working from home that improves work-life balance or mobile technology to facilitate daily life, there has been a step change. Technological breakthroughs, such as the COVID-19 vaccine or electric vehicles, are quickly emerging. This is all giving a glimpse of some potential good news that could not just raise productivity but also improve our quality of life.