New polling by Ipsos in the UK, taken 18-21 November 2022, taken after Donald Trump announced his intention to stand for President again in 2024, shows that Trump remains unpopular with the public, and they think it is unlikely that he will be the next President of the United States. 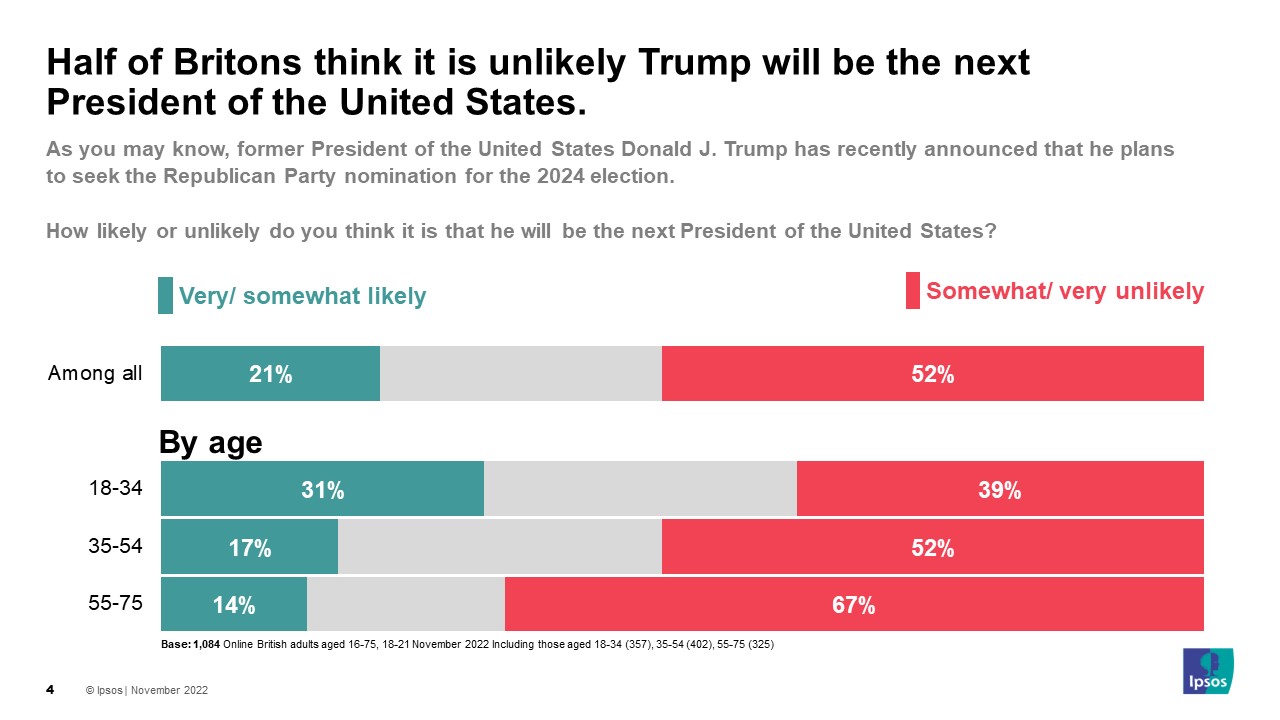 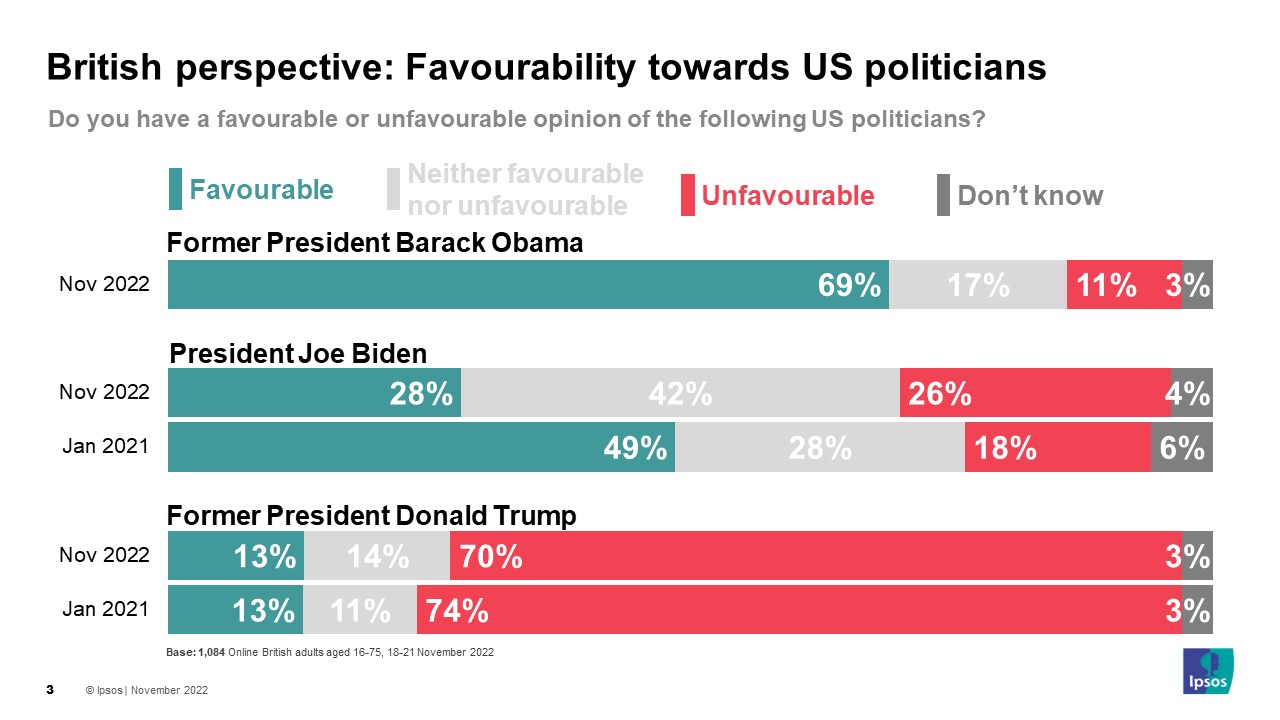 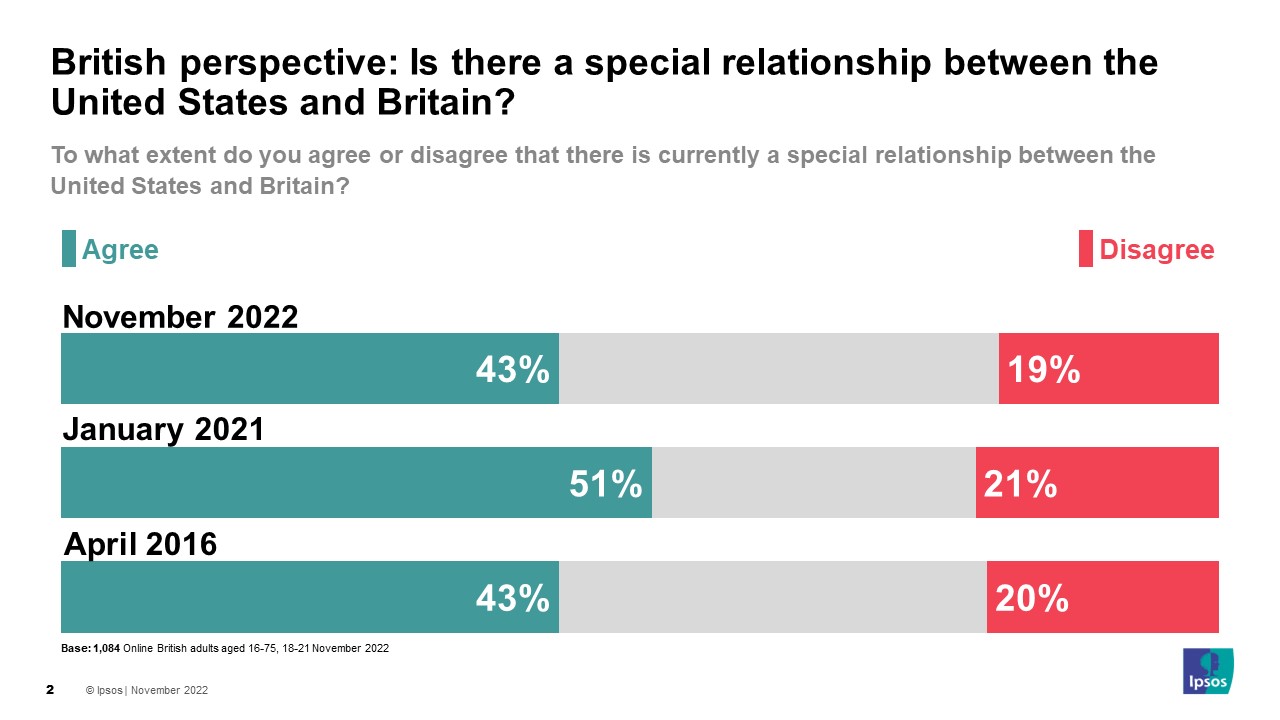 This data shows that Britons have diametrically opposite views of former US Presidents Barack Obama and Donald Trump. President Obama is viewed positively by 7 in 10 Britons whilst the same number have negative views of President Trump. Meanwhile, President Biden’s ratings have taken a slide in Britain since he took office, perhaps reflecting that the initial positive views held were more about Donald Trump being gone rather than any explicit enthusiasm about Biden himself.