Forty-five per cent of the public say each of inflation and the economy are big issues for the country, suggesting there is joint concern for both people’s personal and the national financial circumstances. Similarly, 27% see each as the single biggest issue facing the country. Fieldwork closed ahead of the 17 November Budget announcement.

One in five now see immigration as a big issue for the country (21%), an increase of ten percentage points since October. This is the highest score for the issue since March 2019 and alongside the NHS it is the next biggest issue facing the country, after the economy and inflation.

There has also been a further increase in the proportion saying that a lack of faith in politicians and politics is a big issue for the country since last month, with 20% mentioning this as a concern (up from 16% in October and 9% in September). This issue varies strongly by party affiliation, with 26% of Labour supporters mentioning it, compared with 11% of Conservatives. 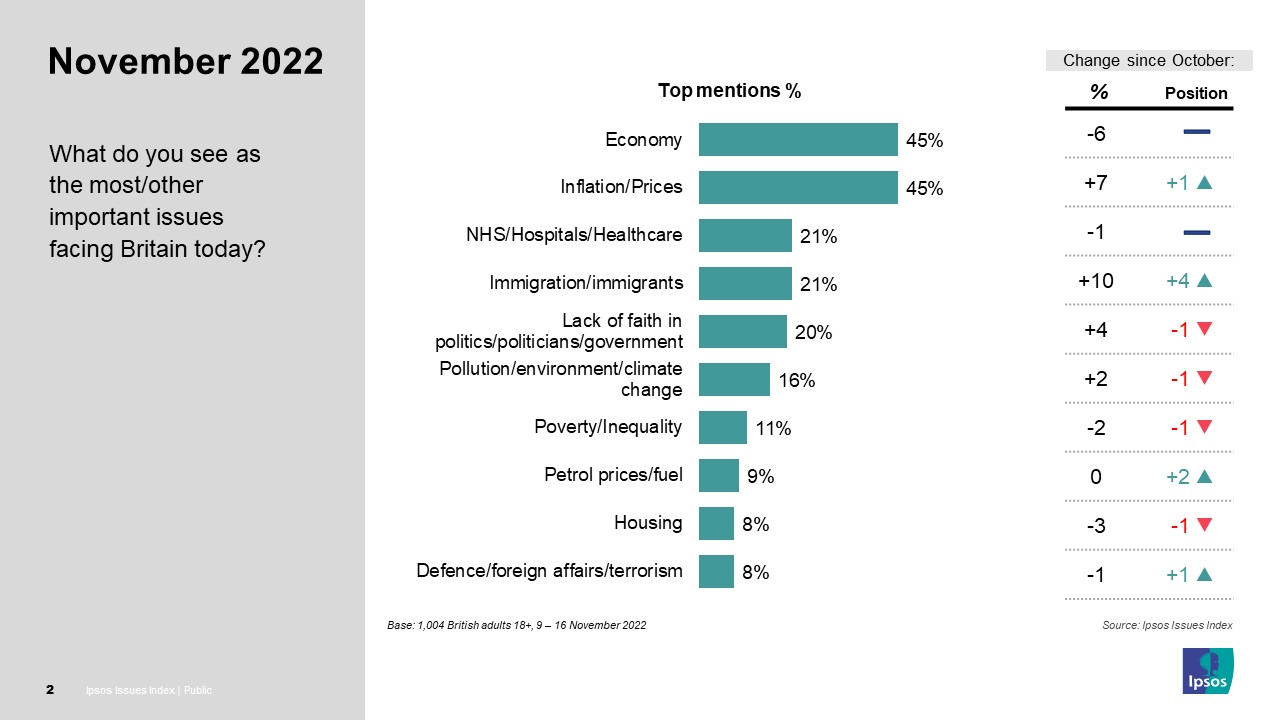 Although immigration is now among the biggest issues facing the country there are very significant gradients in concern between different groups.

By contrast there is less variation across gender, social grade and region (although it is lower in London, at 14%). 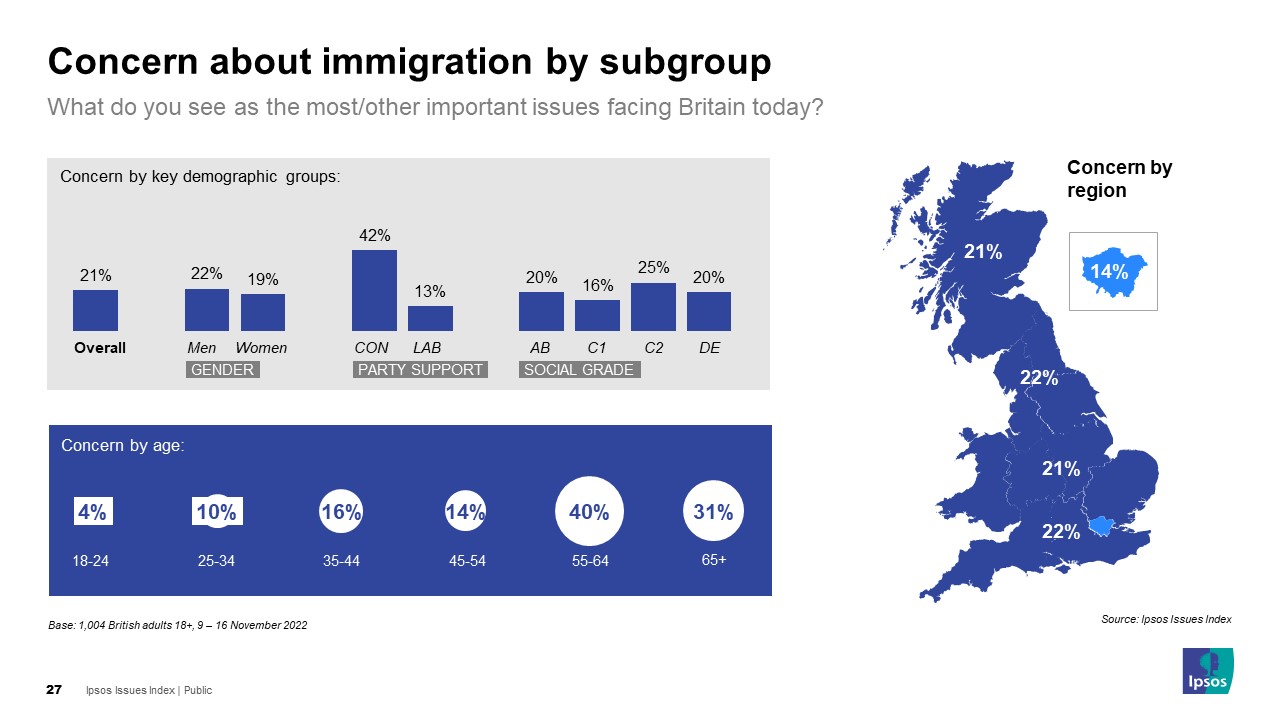 This month’s data reconfirms that the British public are predominantly worried about finances – both their own and the country’s. However we have also seen a significant jump in concern about immigration, likely tied to news coverage of the volume of illegal crossings in the English Channel, with this a particular priority for Conservative supporters.

Technical note
The Ipsos Issues Index is conducted monthly and provides an overview of the key issues concerning the country. Ipsos interviewed a representative sample of 1,004 adults aged 18+ across Great Britain. The answers are spontaneous responses, and participants are not prompted with any answers. The Ipsos telephone omnibus was used for this survey. Interviews were conducted between 9 and 16 November 2022 across Great Britain. Data are weighted to match the profile of the population.