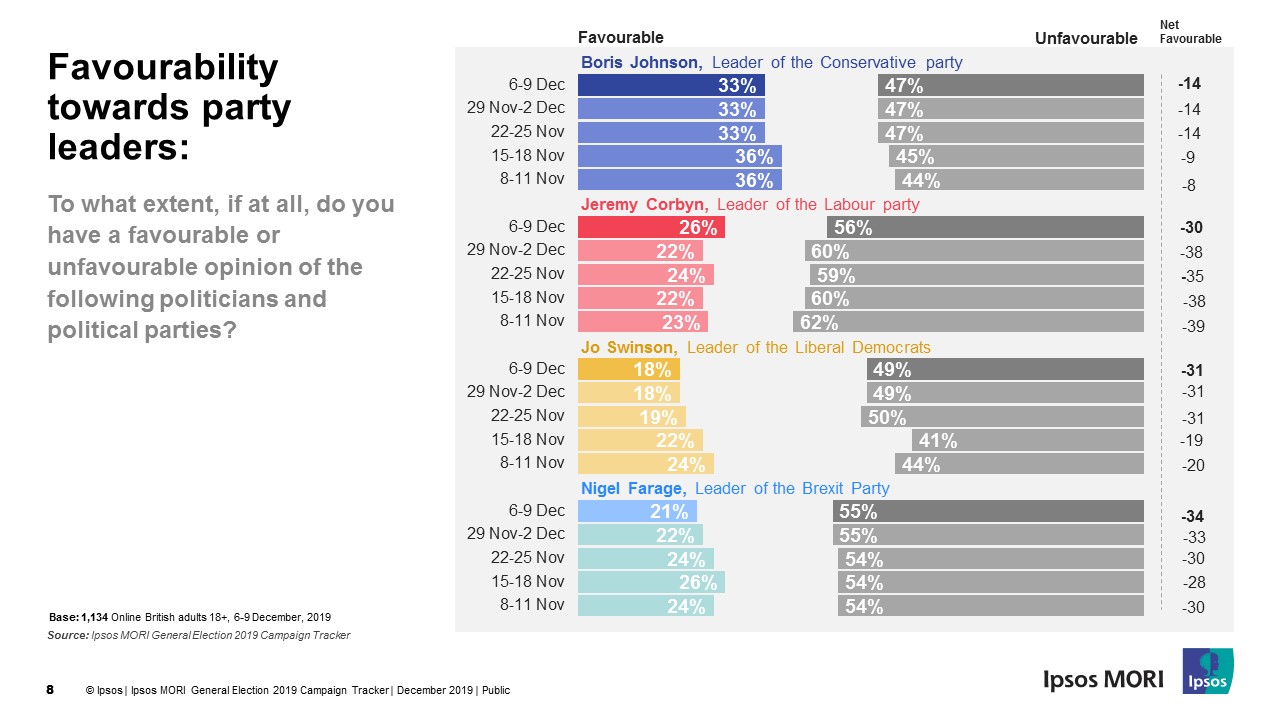 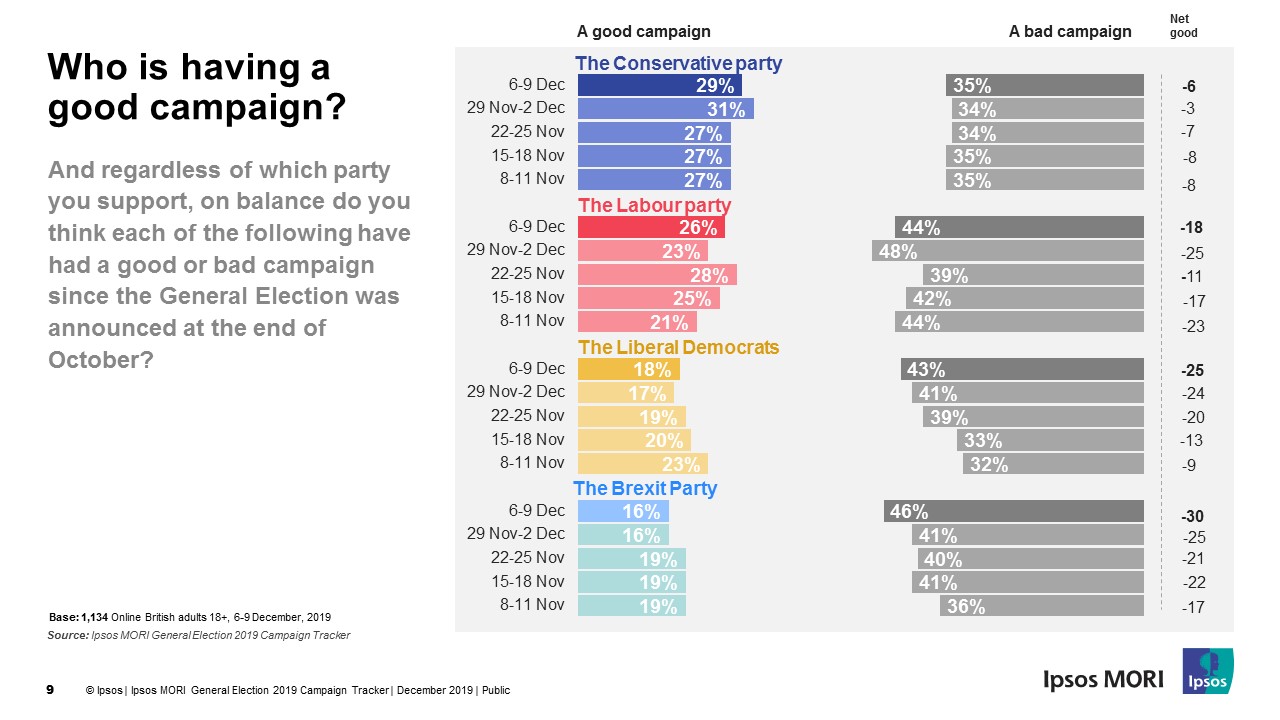 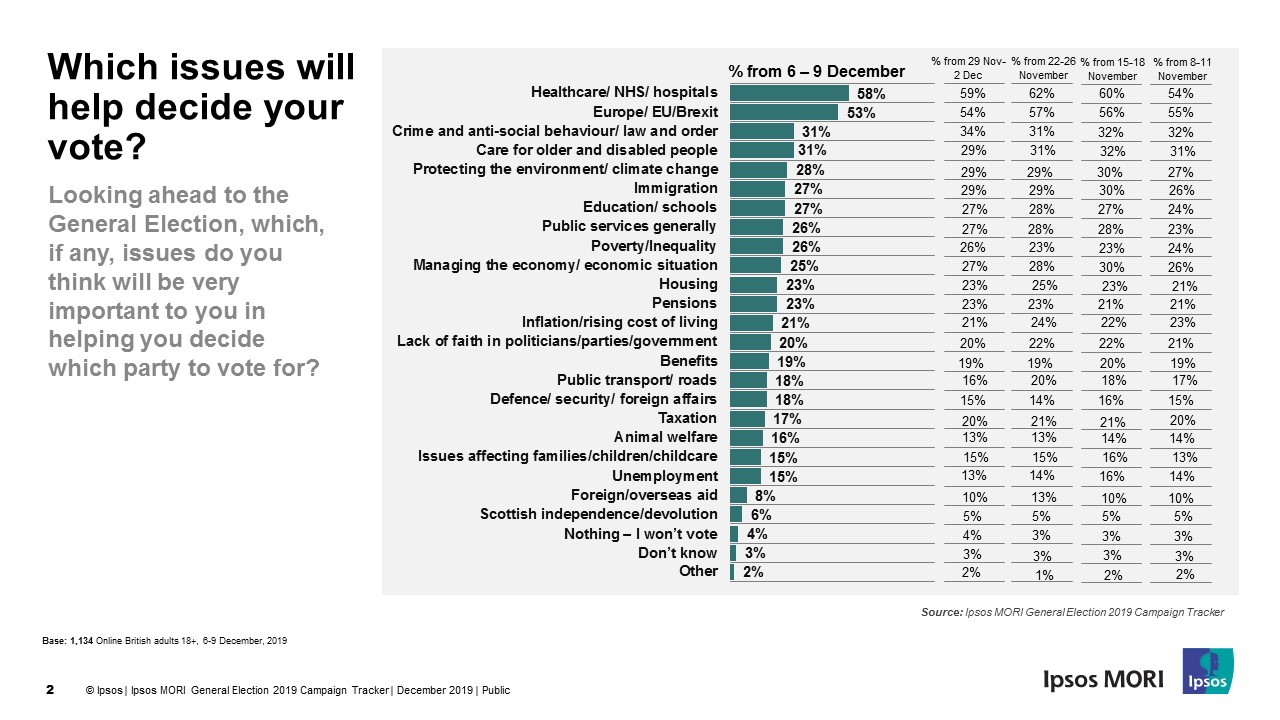 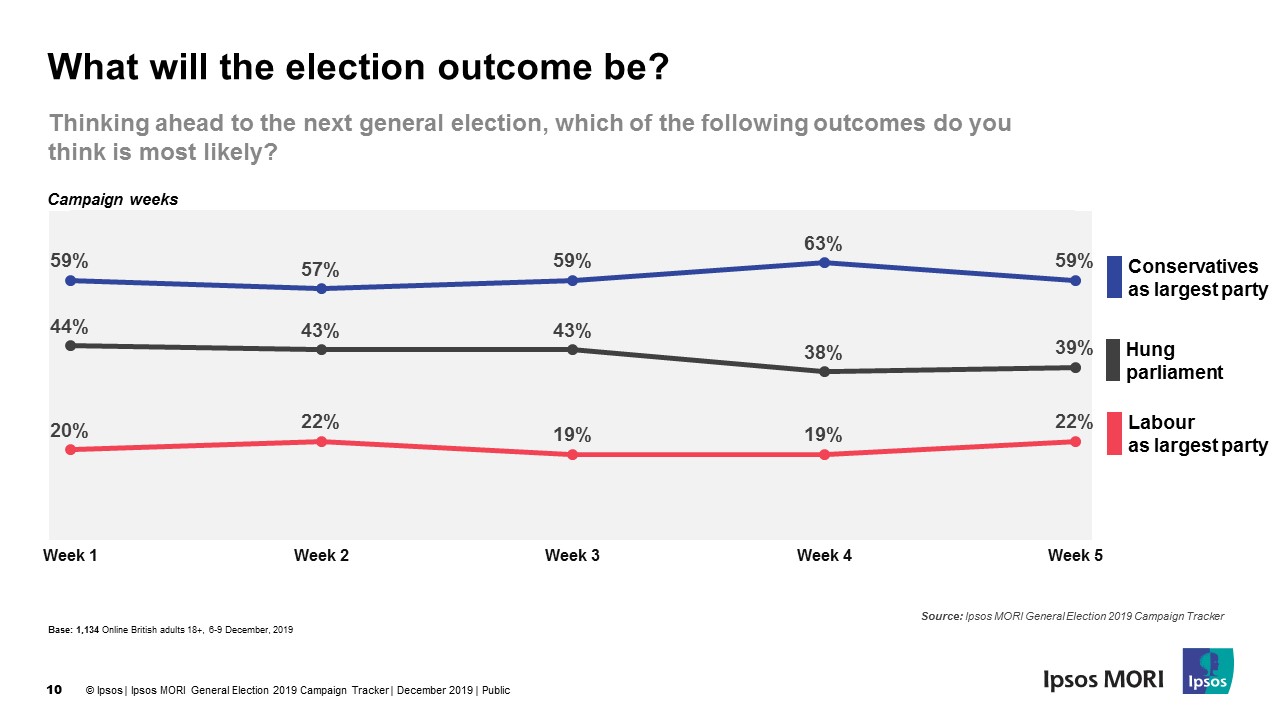 Labour will be encouraged that Jeremy Corbyn’s favourability ratings have improved this past weekend and that perceptions of the party having a good campaign have recovered somewhat after some disappointing numbers for the party last week. However, with most Britons still expecting the Conservatives to be the biggest party, it remains to be seen whether or not it is too little too late for Labour to prevent the Conservatives winning a majority later this week.

Ipsos interviewed a representative sample of 1,134 British adults. Interviews were conducted online: 6th to the 9th December, 2019.  Data are weighted to match the profile of the population. All polls are subject to a wide range of potential sources of error.