A new survey by Ipsos shows wide support among Britons for the sharing of vaccines with India when everyone in the UK has been vaccinated, but not if it leads to delays to people in the UK getting their vaccine. Around two-thirds (63%) of Britons support the UK giving some of its vaccines to India when everyone here has been vaccinated. However, support is weaker under different circumstances. 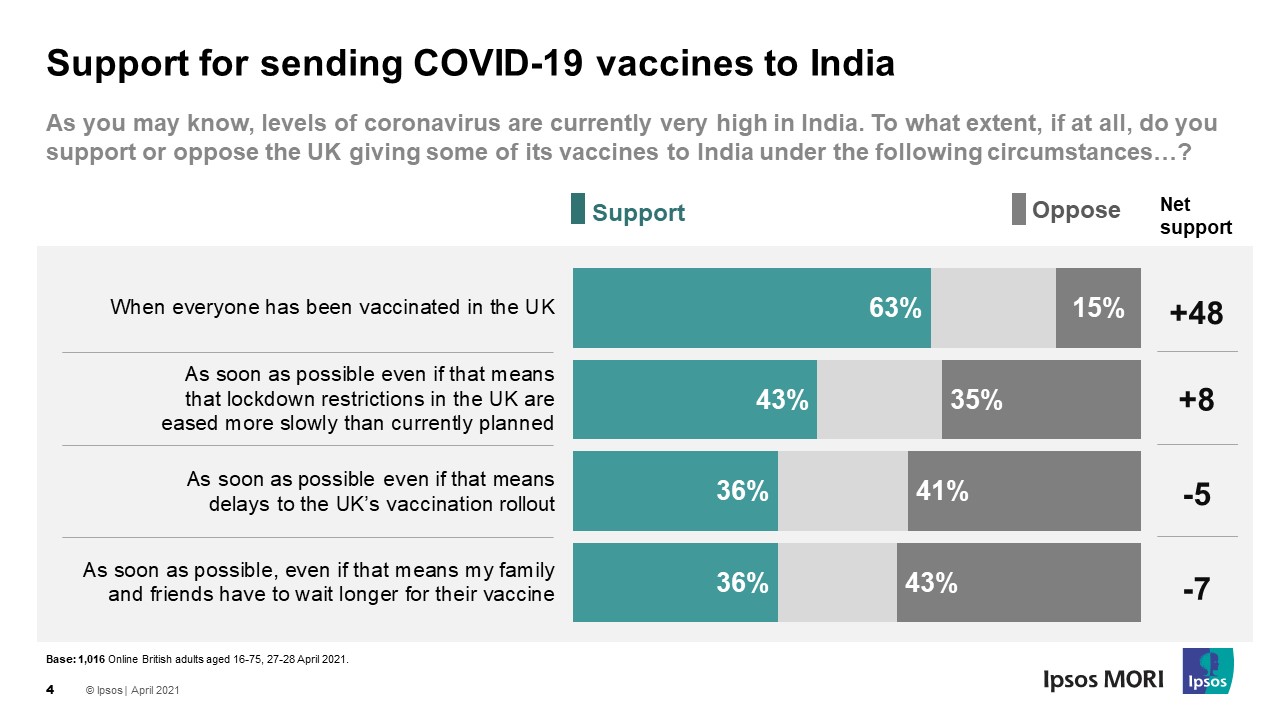 Just over a third (36%) support giving vaccines to India as soon as possible, even if it means their friends and family will have to wait longer for theirs while the same proportion would approve of sharing if it would cause a delay to the UK’s vaccination rollout. If the sharing of vaccines meant a slowing of the easing of lockdown restrictions, 43% would support while 35% would oppose.

In general, however, support for sharing vaccines has increased. Seven in ten (68%) Britons say the UK should pass on some of its extra doses of the COVID-19 vaccine to other countries once it has enough vaccines to meet its immediate needs to protect the UK population, up from 54% in February 2021. 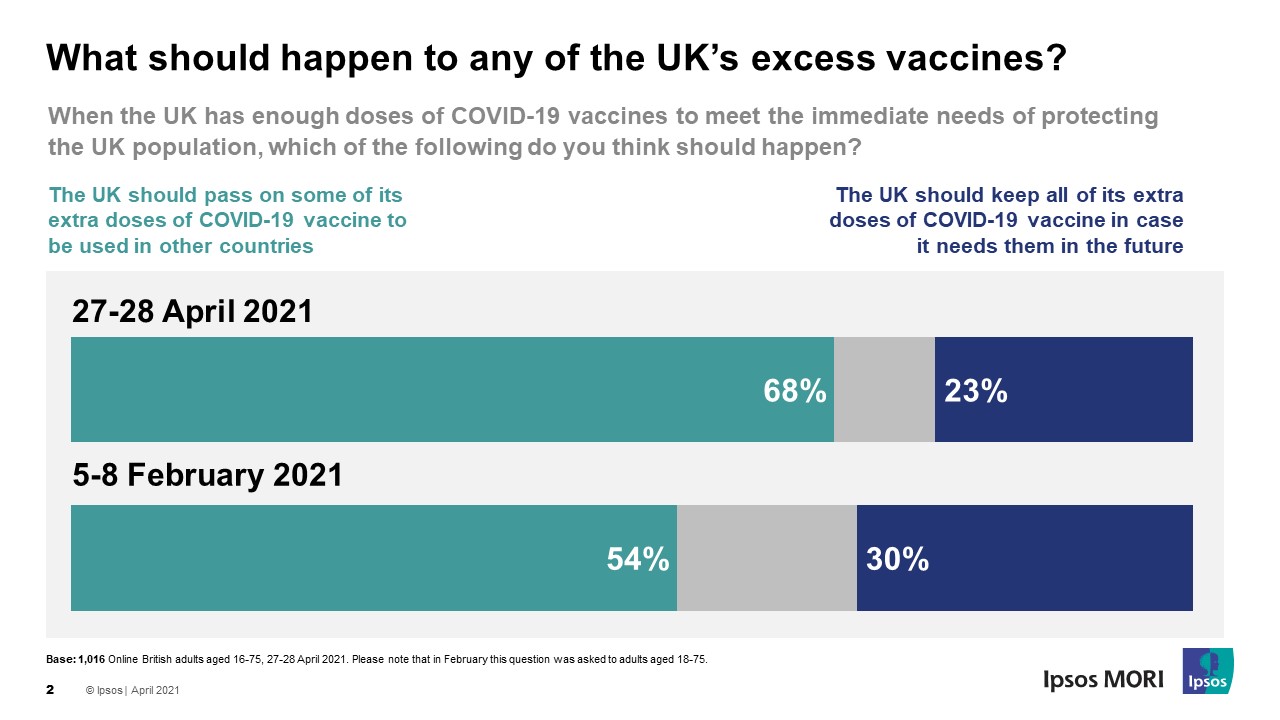 There has also been an increase in the number of people that support the UK giving some of its COVID-19 vaccines away to other countries for free – 58% support, up from 43% in February.

Britons are more likely to support the provision of medical equipment to India. Three-quarters (75%) support the supplies we have already sent while 7 in 10 (70%) believe we should send more over the coming weeks. 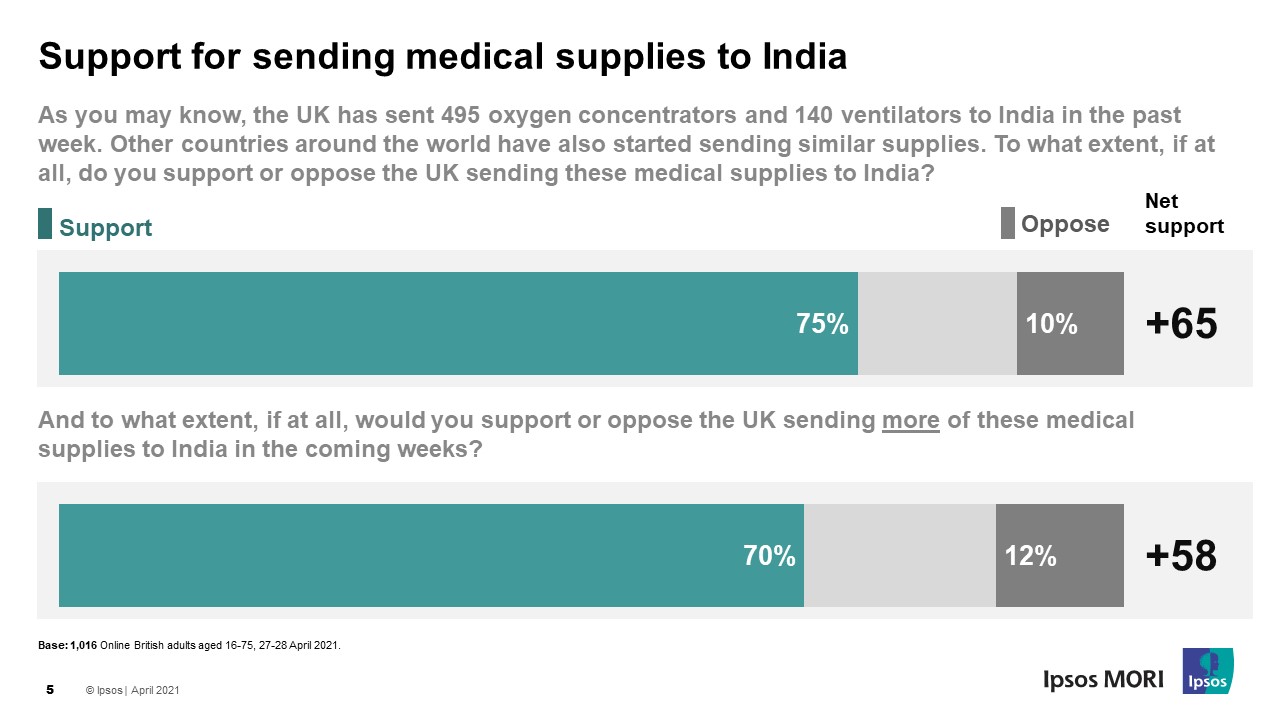 How much should Britain be doing? 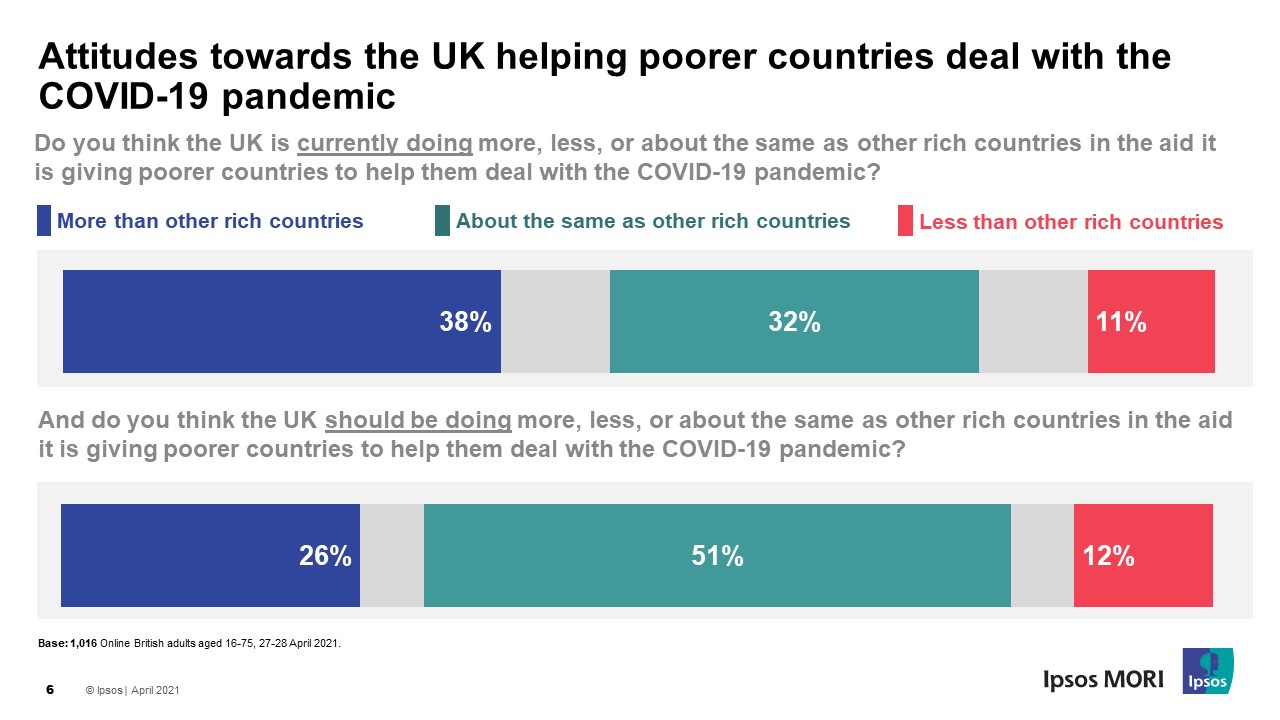