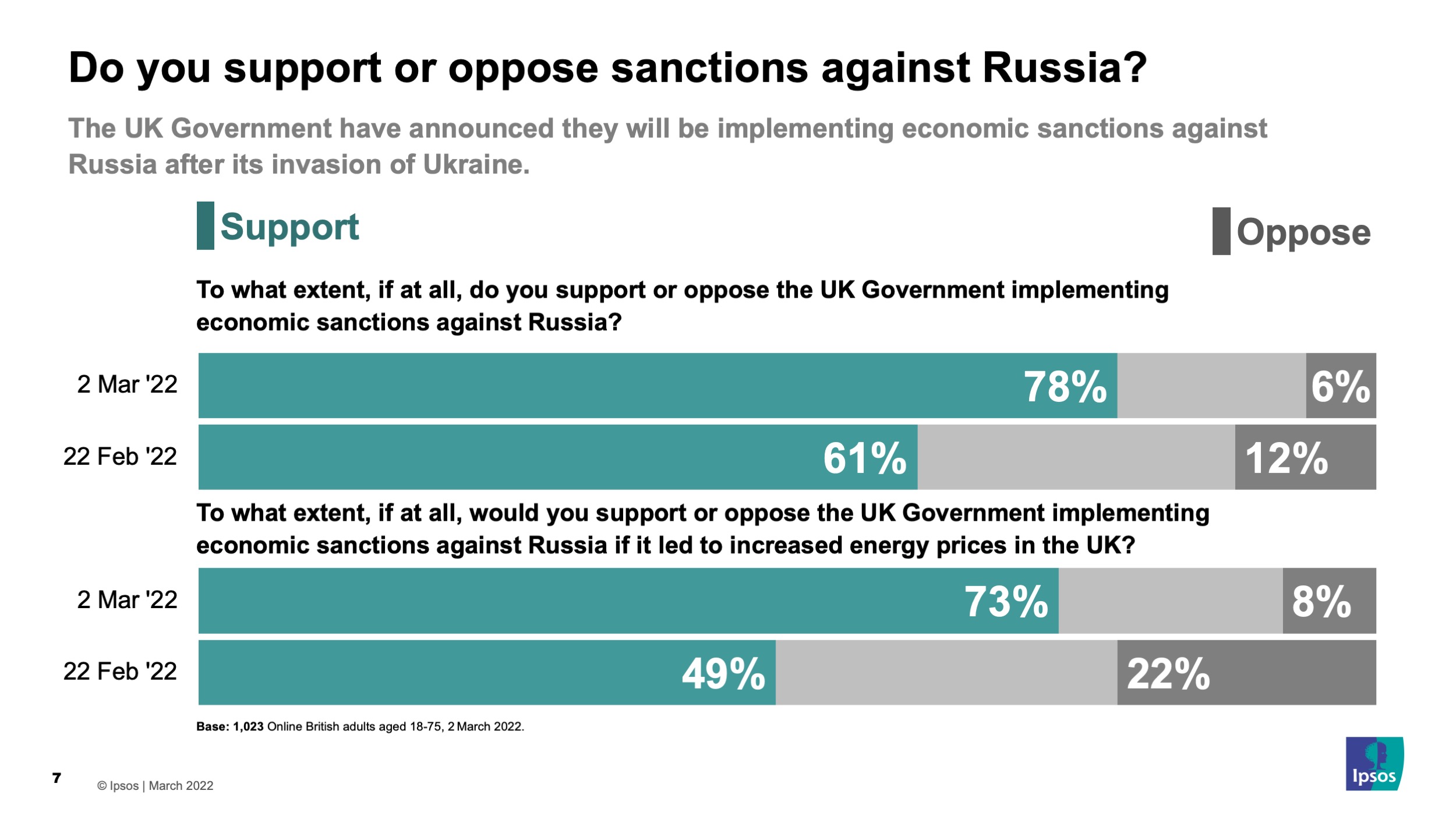 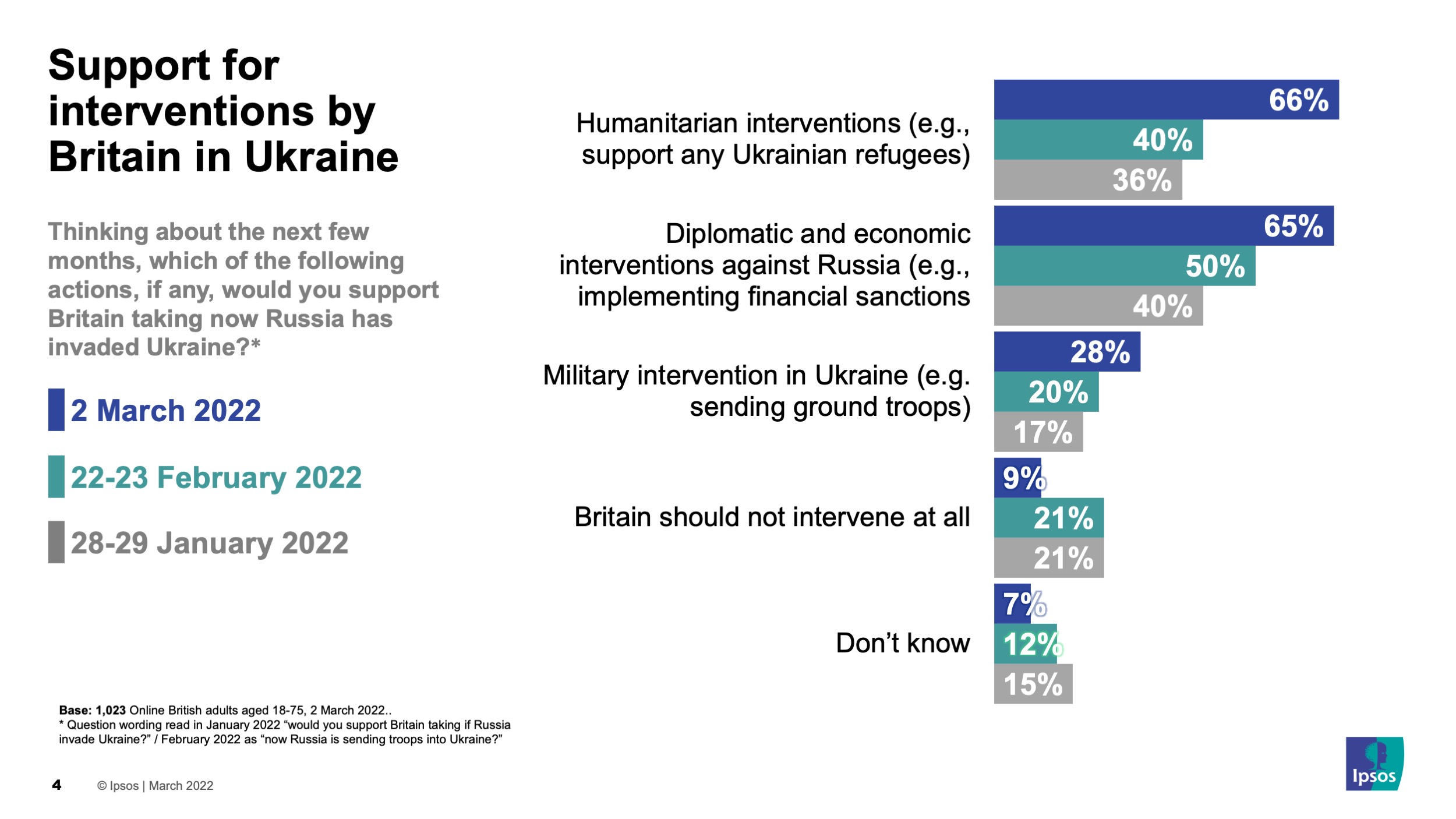 Concern for Ukraine and Britons

President Volodymyr Zelenskyy has the highest levels of support for his handling of the situation.

Three quarters (76%) of those surveyed said that the President of Ukraine, Volodymyr Zelenskyy, is doing a good job of handling the situation. Only 6% of people think he is doing a bad job. 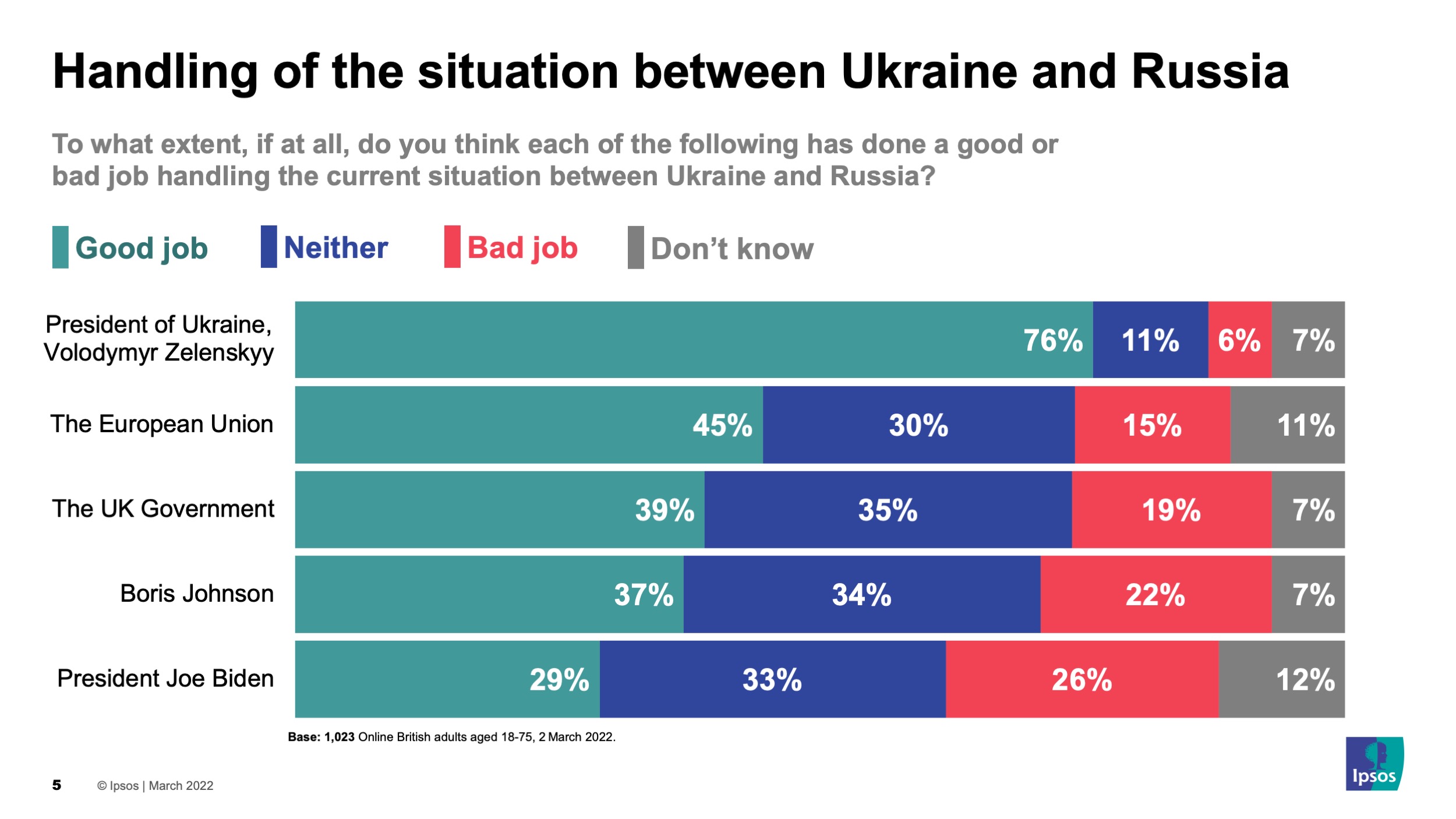 As the conflict in Ukraine continues with no sign of abating, the British public are watching the story unfold closely, and they clearly have a lot of sympathy for Ukraine. This is translating through to the growing support for Britain playing a greater role in providing humanitarian assistance for the Ukrainian people as well as sanctions against Russia.  And while many are concerned about the potential impact on the UK’s economy and security, this seems to be making less of a difference to support for action, and support for the job done by the Prime Minister and UK Government has now become more positive even if still some way from being unanimous.

Ipsos interviewed a representative sample of 1,023 British adults aged 18-75. Interviews were conducted online on the 2nd March 2022. Data are weighted to match the profile of the population. All polls are subject to a wide range of potential sources of error.