A new survey by Ipsos, looking at the financial measures taken by people in response to the COVID-19 pandemic, finds that the proportion of Britons who say they have been saving more money due to the coronavirus pandemic has risen from 38% in October to 47% this month.  However, this is not the case for everybody, as one in four (27%) say they have had to access money from their savings, rising to a third of younger Britons (33% of 18-34s vs 20% of those aged 55-75).  Across the board, young people are more likely to have had to borrow money from family and friends, use credit cards more or access an overdraft.  People from ethnic minorities too are more likely to have had to use an overdraft or borrow from (and lend to) friends and family.

Overall, according to the survey of 18-75-year olds, Britons are most likely to have spent less money due to the pandemic.  Fifty-six percent say they have already done this, up 5 percentage points since October 2020, while almost half (47%) have saved more money (up 9ppts). 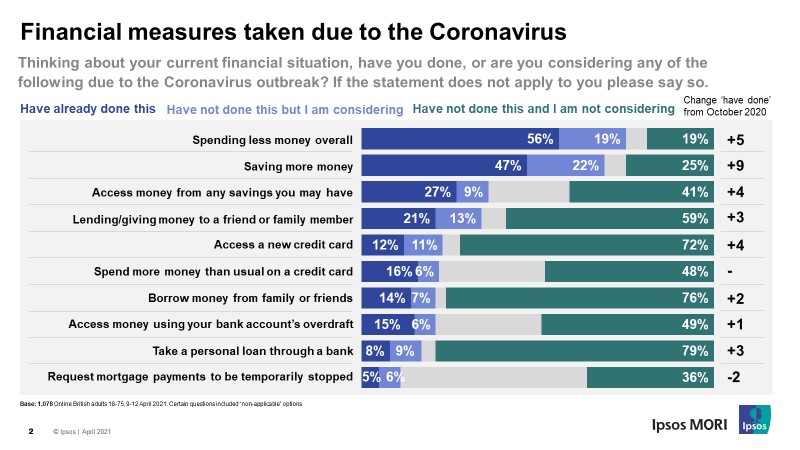 However, it has not been as easy for all. A quarter (27%) have had to access money from their savings to cope with the effects of the coronavirus pandemic. Just over 1 in 10 (12%) have accessed a new credit card while 16% have spent more than they usually would on a credit card. Fourteen per cent have borrowed money from friends and family with a similar proportion accessing money through their overdraft (15%).

Only 5% of people have requested their mortgage payments to be temporarily stopped. 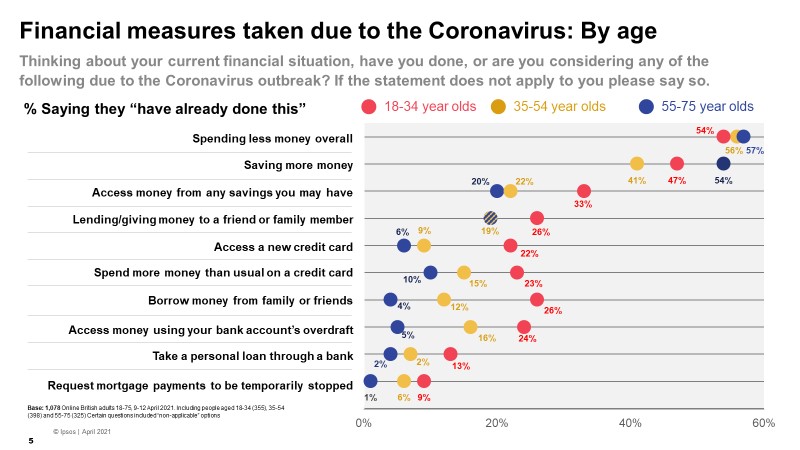 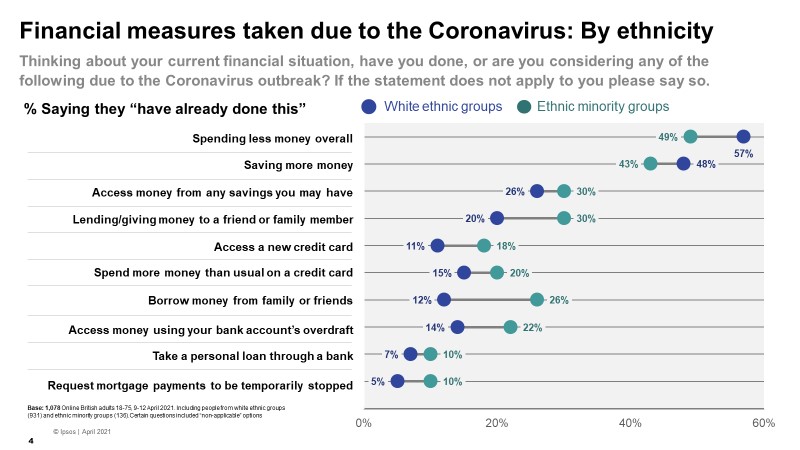 The pandemic has been a tale of two parts for the British publics finance, for some it has been a time to save, whilst others are forced to look for additional financial support. Age plays a significant role in this divide, with the younger generations more adversely impacted and, therefore, more likely to be accessing new credit cards or dipping into savings, whilst the 55-75-year olds are significantly more likely to be saving.