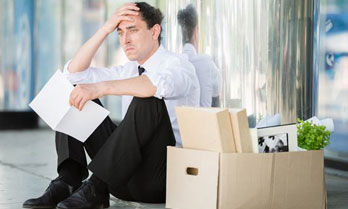 More than a decade since the global financial crisis, unemployment is still one of the biggest concerns for people around the world, but fears over corruption and inequality have risen to the top in the past two years, according to a recent Ipsos survey.

In the latest edition of Global Advisor’s What Worries the World, researchers tracked the issues people worried about the most in 28 countries, comparing the results over the nine-year period since the survey began in 2010.

Unemployment was consistently ranked as the No. 1 issue people worried about out of 17 topics until late 2017, when both poverty and social inequality, and corruption overtook the top spot.

"What's outside their front door counts the most."
Darrell Bricker, CEO, Public Affairs

Since then, the top three issues continue to rank near equal proportions, with at least one in three people around the world citing one of them as their biggest concern. 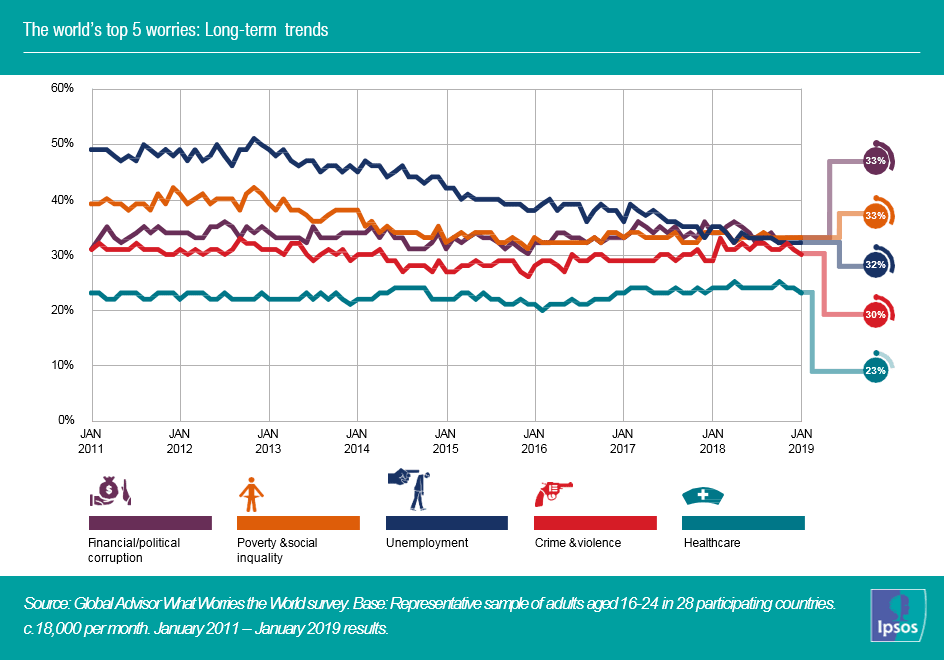 No one single global worry

The authors of the study – Paul Abbate, Mathieu Doiret and Natalie Pearson – said the converging of the worries at the top in recent years suggests that there isn’t a single dominant global issue that everyone agrees on like in the past.

“[It’s] a more crowded environment where more concerns are now being voiced with greater and more equal strength,” the authors said in the report.

Darrell Bricker, Chief Executive Officer, Public Affairs added that, ultimately, people around the world are concerned about what directly affects them and their communities.

“What's outside their front door counts the most. Unemployment is a personal worry,” said Bricker. “The effects of poverty are there to be seen.”

“We all pay the price for corruption through our taxes and by the loss of money that could be used to improve our communities,” he added. 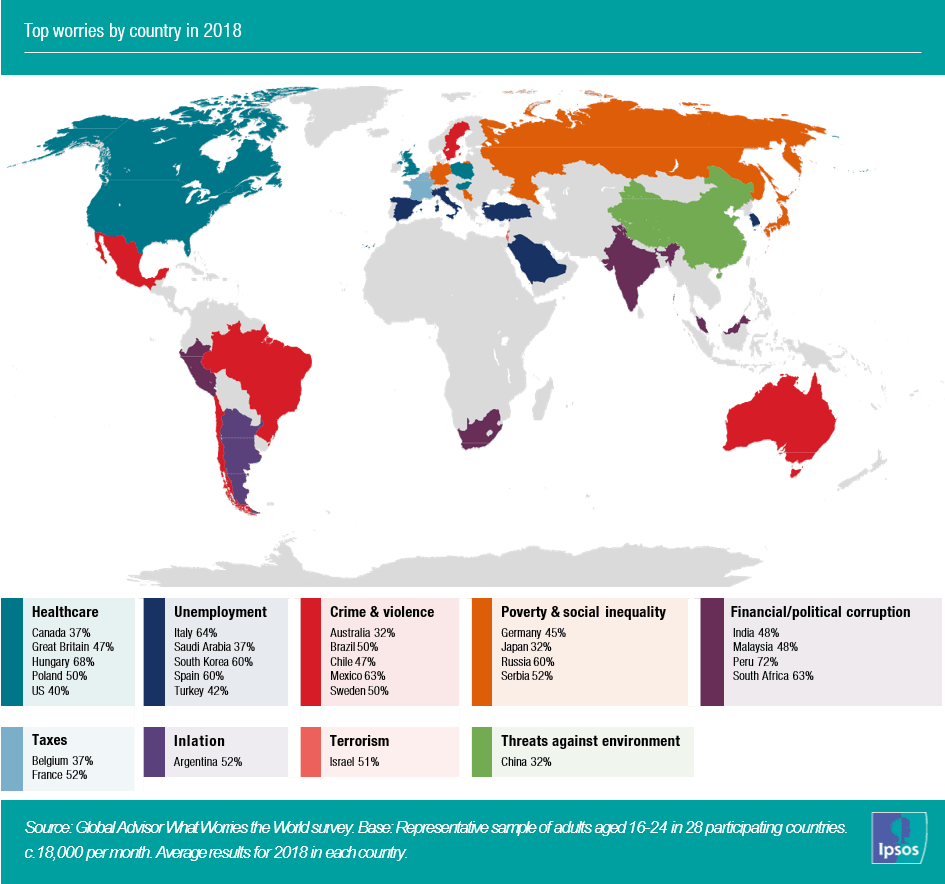 But even with the major social, political and economic developments over the past decade, the top five worries of people globally have consistently remained the same.

The authors said this creates an “illusion of stability” in the top five global rankings - which has been almost unchanged in the past 100-plus months of measurement. But, the results “mask” some of the dramatic changes many countries have undergone in this time. 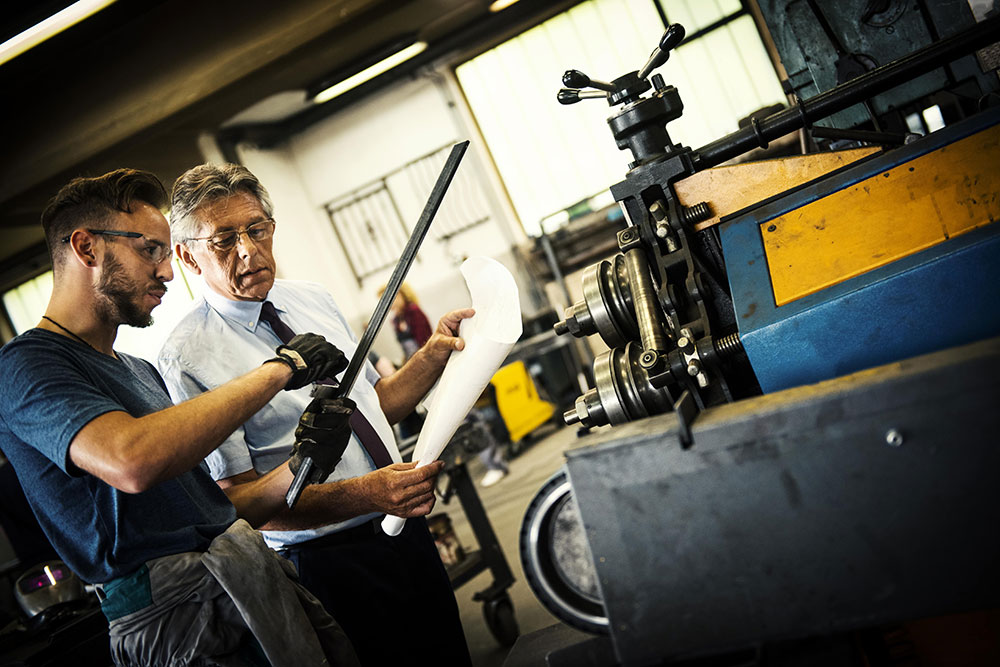 “There is evidence that some concerns reported in the survey may be influenced by flawed perceptions of reality, for example around immigration and crime, and driven in part by the media,” the authors said.

“Worries are by nature subjective and prone to emotional response. So, it may not always be the case that reported concerns reflect reality, but instead a fallible perception of it.” For example, in another poll taken in March in the report when the respondents were asked whether they thought their country was heading in the right or wrong direction – 58% said their country was on the wrong track.

Less than half (42%) felt their country was heading in the right direction. But, that’s an improvement from before 2017, when the results were consistently below 40%.