New ABC News/Ipsos polling finds that most Americans believe the recent death of George Floyd is a sign of broader problems in the treatment of African Americans by police and disapprove of President Trump’s handling of the protests.

1. Three-quarters (74%) of Americans believe the killing of Floyd is part of a broader problem in the treatment of African Americans by police. 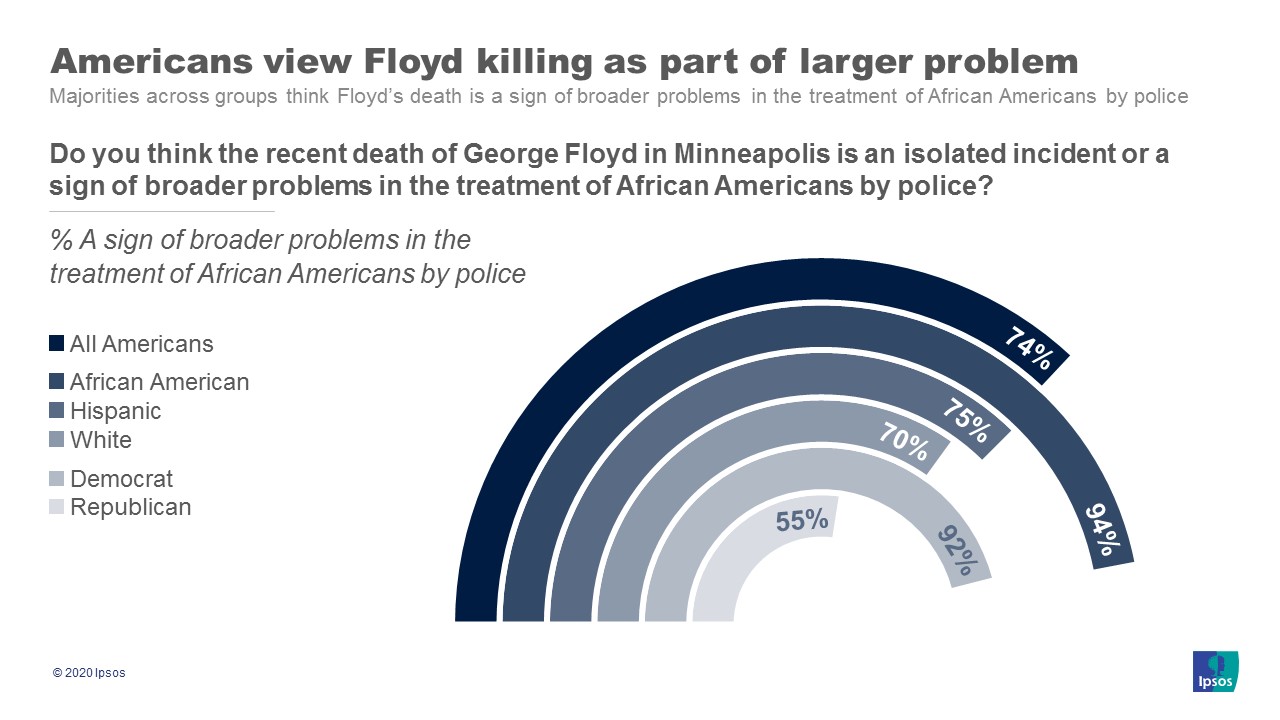 2. Two-thirds (66%) of Americans disapprove of the way Donald Trump is handling the response to Floyd’s death.

3. Two in five (39%) Americans approve of President Trump’s handling of the response to coronavirus, unchanged over the last two weeks.

This ABC News/Ipsos Poll was conducted June 3-4, 2020 by Ipsos Public Affairs KnowledgePanel® – a division of Ipsos. This poll is based on a nationally representative probability sample of 706 general population adults age 18 or older.