1. According to a new FiveThirtyEight/Ipsos poll, conducted immediately following the Oct. 22 presidential debate, the majority of debate watchers felt it was a good debate. 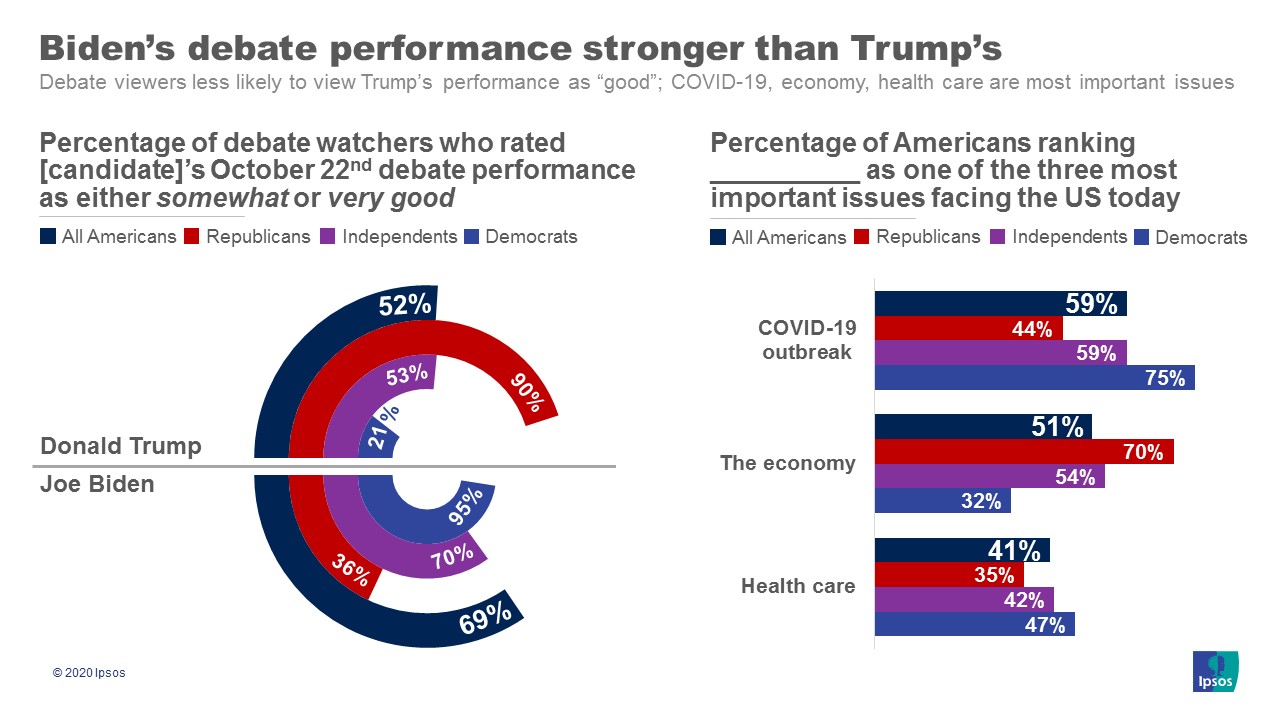 2. Both candidates received more positive reviews, particularly compared to the first debate, but Biden appears to have more people crediting his performance.

3. The debate does not appear to have fundamentally altered views of either candidate. As a consequence, it seems unlikely to change the trajectory of the final week before the election.

Wave 1 of this FiveThirtyEight/Ipsos October 22nd  Debate poll was conducted October 15th to October 21st, 2020 and Wave 2 was conducted October 22nd to October 23rd, 2020 by Ipsos using our KnowledgePanel®. Wave 1 of this poll was based on a nationally-representative probability sample of 3,263 adults age 18 or older. Wave 2 was administered to those who completed the Wave 1 poll. A total of 1,873 adults participated in the Wave 2 poll.

The survey was conducted using KnowledgePanel, the largest and most well-established online probability-based panel that is representative of the adult US population. Our recruitment process employs a scientifically developed addressed-based sampling methodology using the latest Delivery Sequence File of the USPS – a database with full coverage of all delivery points in the US. Households are randomly sampled from all available households in the U.S. All persons in selected households are invited to join and participate in KnowledgePanel. Ipsos provides selected households that do not already have internet access a tablet and internet connection at no cost to them. Those who join the panel and who are selected to participate in a survey are sent a unique password-protected log-in used to complete surveys online. As a result of our recruitment and sampling methods, samples from KnowledgePanel cover all households regardless of their phone or internet status and findings can be reported with a margin of sampling error and projected to the general population.