The Republican Party is more trusted to handle key issues like the economy, inflation, and crime, according to the latest ABC News/Ipsos poll. This pattern holds true among those who indicate they are very enthusiastic about voting in the midterms this November. However, among roughly a third of all Americans, and nearly half of self-ascribed independents, neither party is trusted to do a good job, indicating both Democrats and Republicans have work to do to make inroads with certain groups of the public before November. At the same time, President Joe Biden’s job approval rating holds steady across many issues. Aside from his response to coronavirus, most Americans disapprove of the job Biden is doing on several key issues. 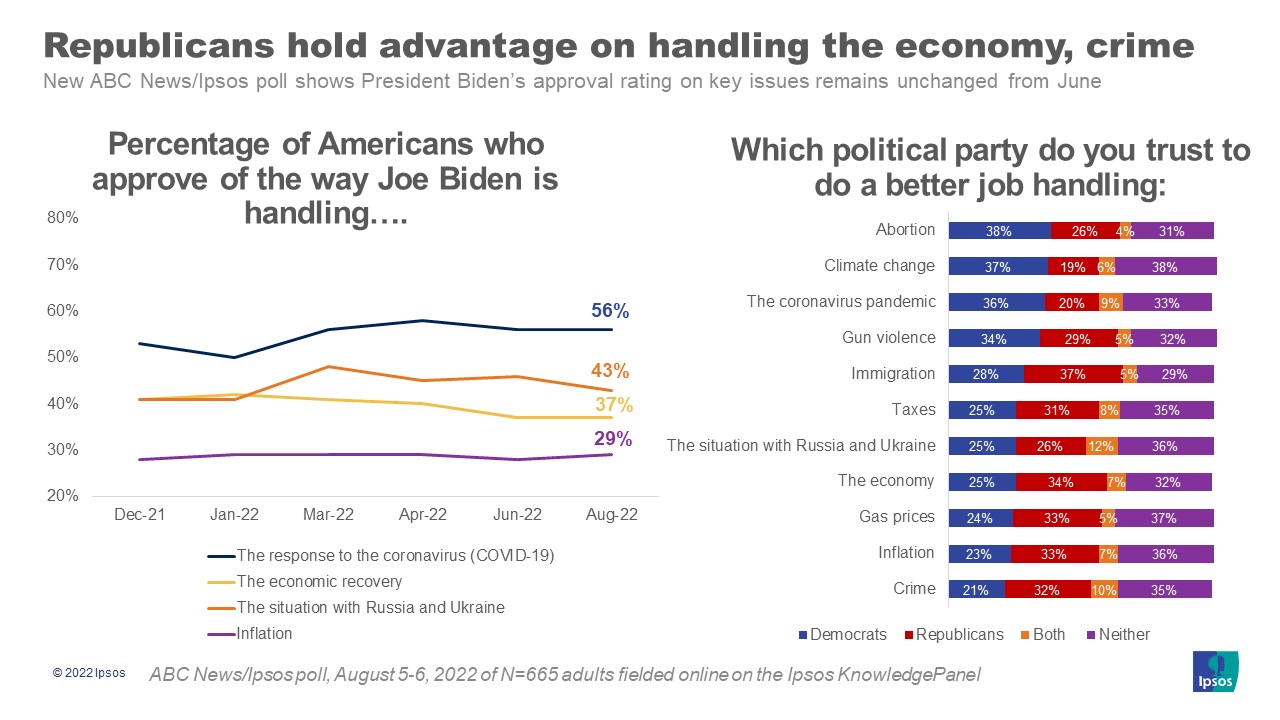 1. Among both the general public and those most enthusiastic about voting in the November midterm elections, Republicans are seen as doing a better job with handling key issues.

2. On self-reported voter enthusiasm, the gap between Republicans and Democrats has closed from June. Democrats now report nearly the same level of enthusiasm as Republicans.

3. President Biden’s approval rating on key issues at stake in the midterms is holding steady, but mostly negative.

This ABC News/Ipsos poll was conducted August 5 to August 6, 2022, by Ipsos using the probability-based KnowledgePanel®. This poll is based on a nationally representative probability sample of 665 adults age 18 or older.

The study was conducted in both English and Spanish. The data were weighted to adjust for gender by age, race/ethnicity, education, Census region, metropolitan status, household income, and party identification. The demographic benchmarks came from 2021 Current Population Survey (CPS) from the US Census Bureau. Party ID benchmarks are from recent ABC News/Washington Post telephone polls. The weighting categories were as follows: