New ABC News/Ipsos polling shows that while a clear majority of Americans support banning chokeholds from police use, removing Confederate statues produces more mixed opinions and most Americans are opposed to the idea of renaming military bases and are opposed to reparations for the descendants of slaves.

1. Almost two-thirds of Americans (63%) support ‘banning the use of chokeholds by police officers’. 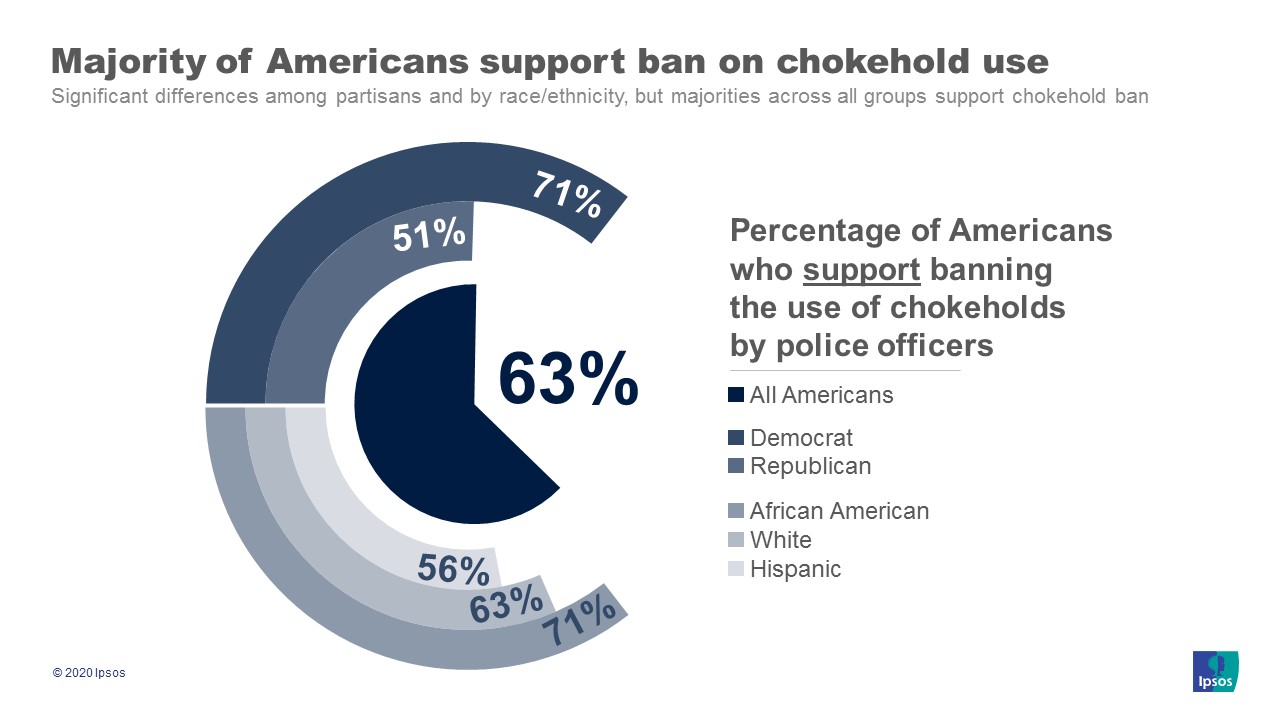 2. A majority of Americans (56%) oppose ‘changing the names of U.S. military bases that are named after Confederate leaders’.

3. Almost three-quarters of Americans (73%) think the federal government should not ‘pay money to black Americans whose ancestors were slaves as compensations for that slavery’.

This ABC News/Ipsos Poll was conducted June 17 to June 18, 2020 by Ipsos Public Affairs KnowledgePanel® – a division of Ipsos. This poll is based on a nationally representative probability sample of 727 general population adults age 18 or older.