A new ABC News/Ipsos poll finds that in the wake of reports about the President knowingly downplaying the deadliness of the pandemic, majorities of Americans believe the President moved too slowly and do not trust what he says about the pandemic. However, these latest revelations appear to have done little to impact his overall standing with the public. Additionally, after separate reports that President Trump disparaged American casualties of war, a majority of Americans think Joe Biden has more respect for people who serve in the military than the President.

1. Two thirds of Americans (67%) say that President Trump acted too slowly when dealing with the pandemic. Less than a third (31%) say he acted at about the right pace, and only 1% say he moved too quickly.

2. A majority of Americans (68%) do not trust what Trump says about the coronavirus pandemic. Americans are more split on trusting Joe Biden on the pandemic (51% trust a great deal/good amount vs 49% trust not so much/not at all). 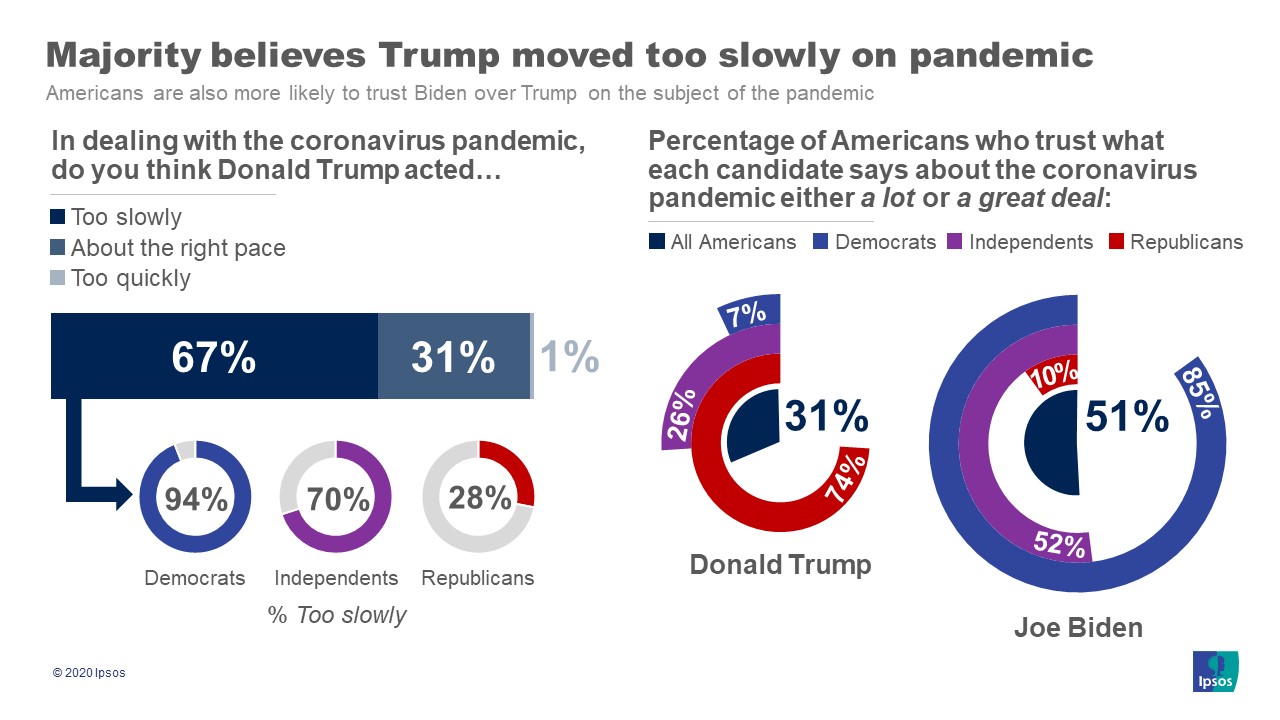 3. However, overall approval of Trump’s handling of the pandemic is unchanged, with just over a third (35%) approving, the same level seen in late August.

4. When asked who has more respect for those who serve in the U.S. military, a majority of Americans (61%) say Biden compared to 37% who say Trump.

This ABC News/Ipsos poll was conducted September 11 to September 12, 2020 by Ipsos using the probability-based KnowledgePanel®. This poll is based on a nationally representative probability sample of 533 general population adults age 18 or older.