Washington, DC, May 12, 2021 — A new Ipsos poll finds that 89% of Americans include meat as part of their diet. The poll also shows that a majority agree that eating red meat is part of the American way of life, and that those pushing to take red meat off the menu are trying to control what Americans eat.

1. Eighty-nine percent of Americans include meat in their diet.

2. Three in five Americans (59%) agree that eating red meat is part of the American way of life. 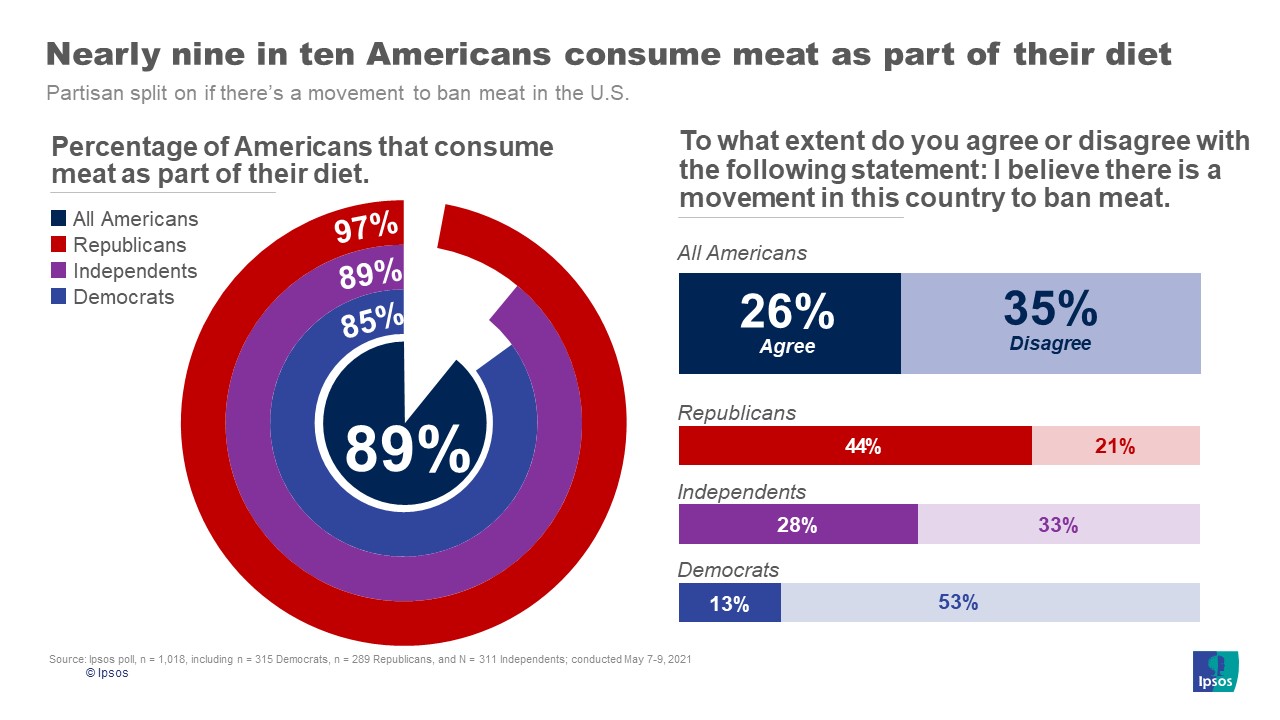 This poll was conducted May 7 – 9, 2021, by Ipsos using the probability-based KnowledgePanel®. This poll is based on a nationally representative probability sample of 1,018 general population adults age 18 or older. The sample includes 102 Gen Zers, 215 Millennials, 236 Gen Xers, and 465 Baby Boomers. Generation Z includes ages 18-25, Millennials include ages 26-39, Generation X includes ages 40-55, and Baby Boomers include ages older than 55.