Three-quarters of Americans report they support the peaceful protests and demonstrations as a response to George Floyd’s death (73%). 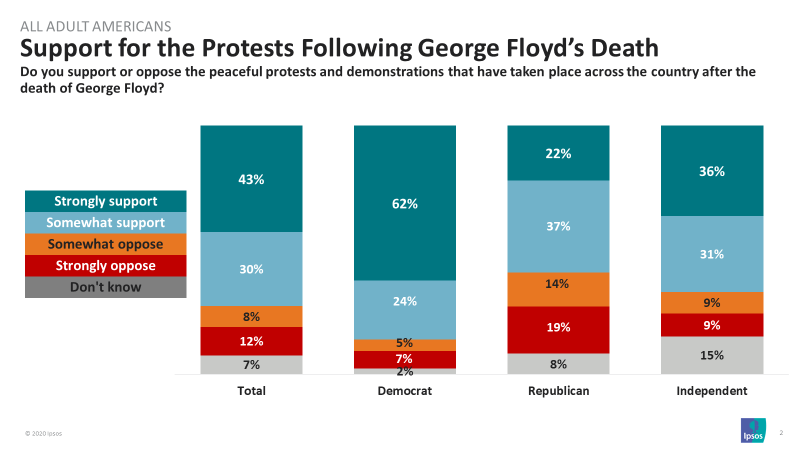 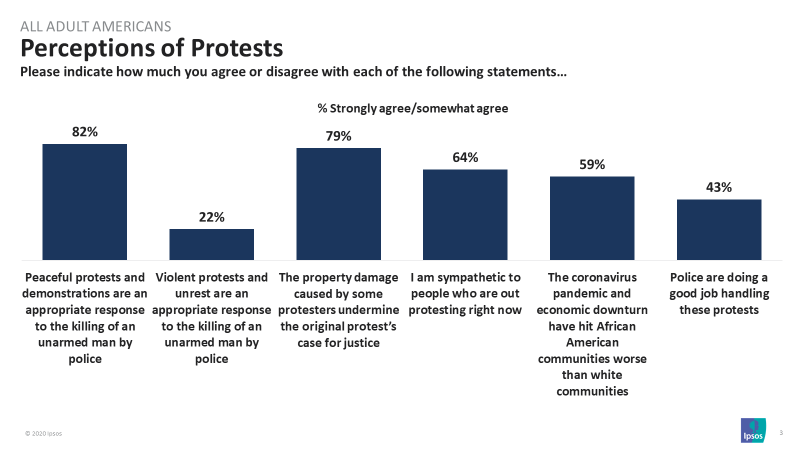 Just 33% of Americans approve of how Donald Trump is handling the protests and demonstrations in the wake of George Floyd’s death. 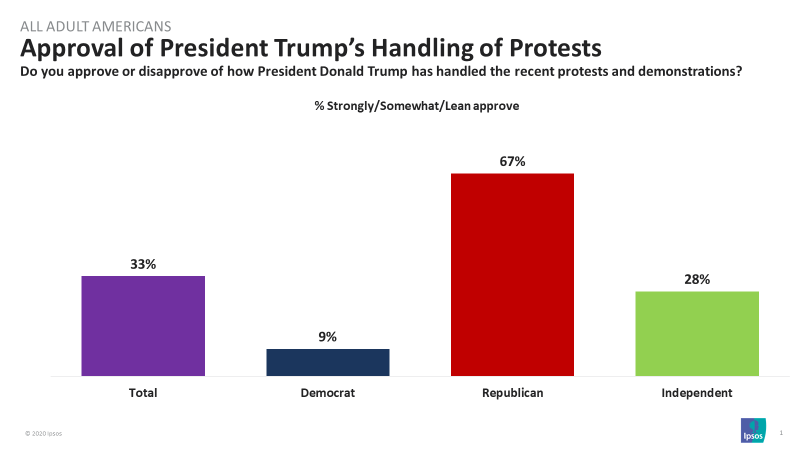 These are some of the findings of an Ipsos poll conducted between June 1-2, 2020, on behalf of Thomson Reuters. For this survey, a sample of 1,004 adults age 18+ from the continental U.S., Alaska, and Hawaii was interviewed online in English. The sample includes 457 Democrats, 373 Republicans, and 122 Independents.

Statistical margins of error are not applicable to online non-probability polls. All sample surveys and polls may be subject to other sources of error, including, but not limited to coverage error and measurement error. Where figures do not sum to 100, this is due to the effects of rounding. The precision of Ipsos online polls is measured using a credibility interval. In this case, the poll has a credibility interval of plus or minus 3.5 percentage points for all respondents. Ipsos calculates a design effect (DEFF) for each study based on the variation of the weights, following the formula of Kish (1965). This study had a credibility interval adjusted for design effect of the following (n=1,004, DEFF=1.5, adjusted Confidence Interval=+/-5.0 percentage points).