Washington, DC, April 1, 2020 — The latest Core Political survey from Reuters/Ipsos finds that as Americans are increasingly adjusting their lives around the coronavirus/COVID-19 pandemic, President Donald Trump’s approval rating remains stable, and healthcare and the economy are top of mind issues.

Americans are continuing to change their behavior to respond to COVID-19. 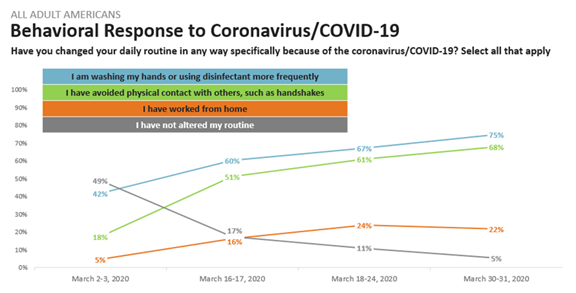 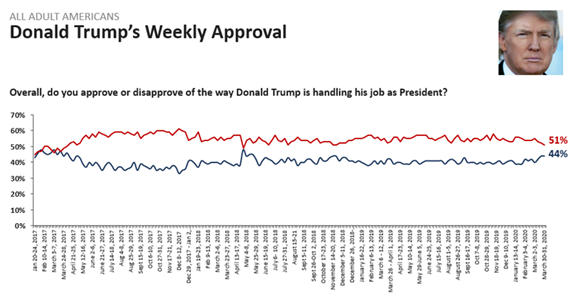 Healthcare continues to be an increasing concern for Americans. 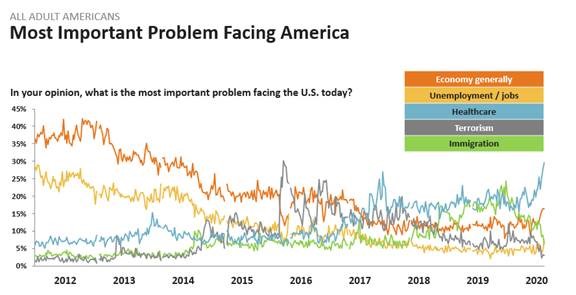