Nationally, the debate has not significantly altered Clinton or Trump’s poll standings. Clinton still holds a small lead over Trump, now at +4 among likely voters. 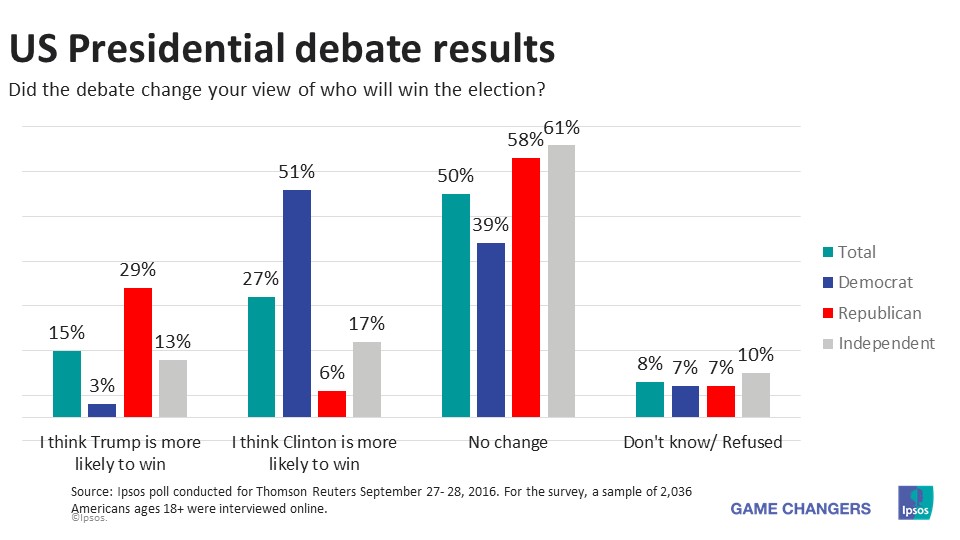 These are findings from an Ipsos poll conducted for Thomson Reuters September 27- 28, 2016. For the survey, a sample of 2,036 Americans ages 18+ were interviewed online.