A majority of people in 26 countries say the overall cost of food, goods and services have increased for them and their families since the coronavirus outbreak began, according to the latest global survey by Ipsos.

On the other end, more than a quarter of people in Hungary (27%) and South Korea (26%) say costs have decreased somewhat or a lot since the outbreak began, followed by Japan and Russia (21%).

Meanwhile, almost a third of people in all countries (29%) say costs have stayed the same with a majority agreeing with this in Sweden (53%), where restrictive lockdown measures were not implemented. Almost half of people in the Netherlands and Japan (49%) and South Korea (48%) also agree. 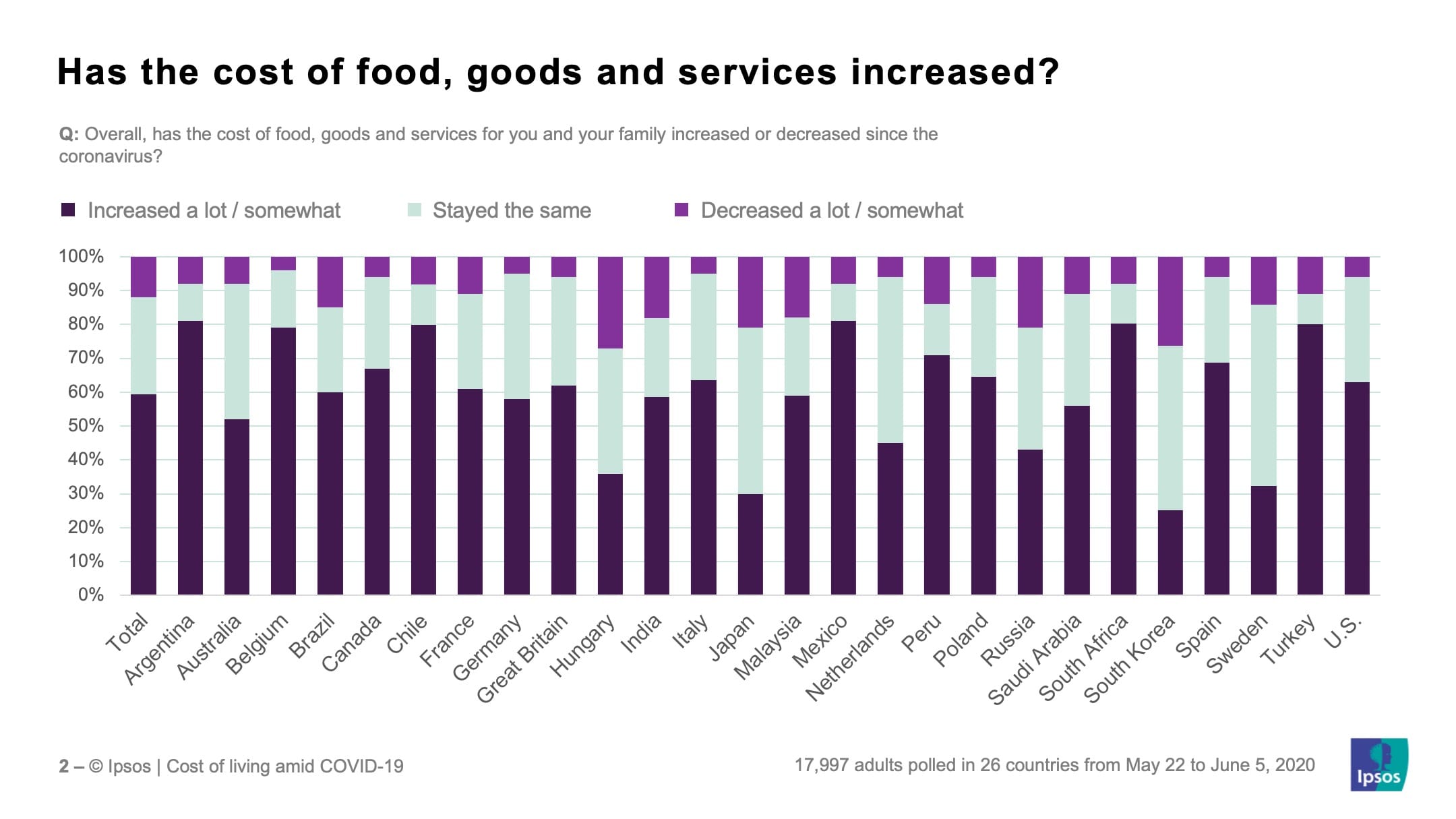 Almost two-thirds of people globally (63%) said the cost of food, groceries and household supplies increased since the COVID-19 outbreak began – highlighting the only majority average out of the 11 cost categories presented.

This sentiment is highest in emerging markets of Argentina and Turkey (86%), Chile, Mexico and South Africa (80%). 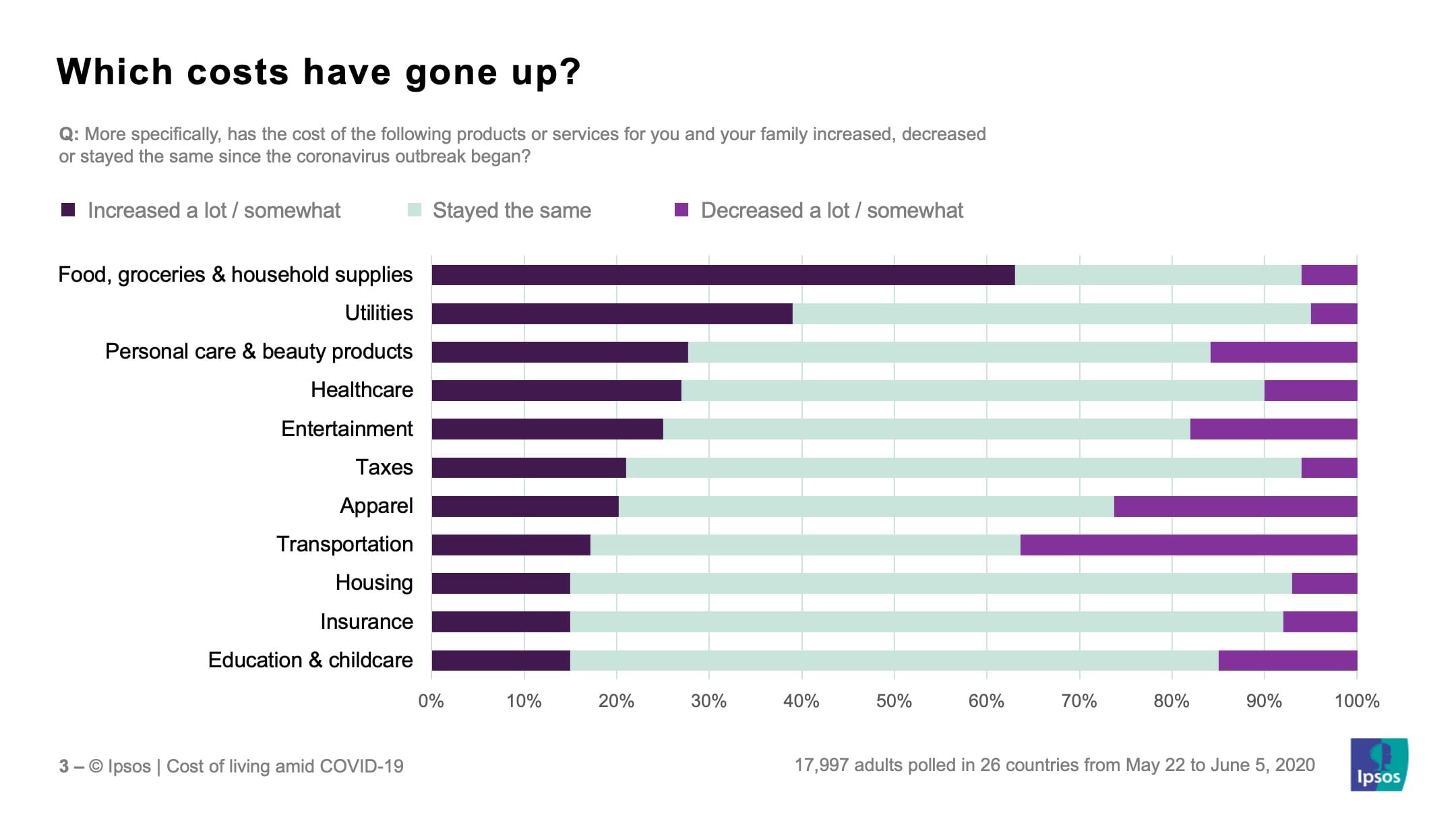 In terms of where costs remain unchanged, more than three in four people (78%) said housing costs such as rent and mortgage payments stayed the same, followed by insurance at 77% and taxes at 73%. Another major expenditure where 70% of people said they are not paying more or less is education and childcare.

While costs overall have either increased or stayed the same, there are some areas where a significant portion of people say costs have decreased. 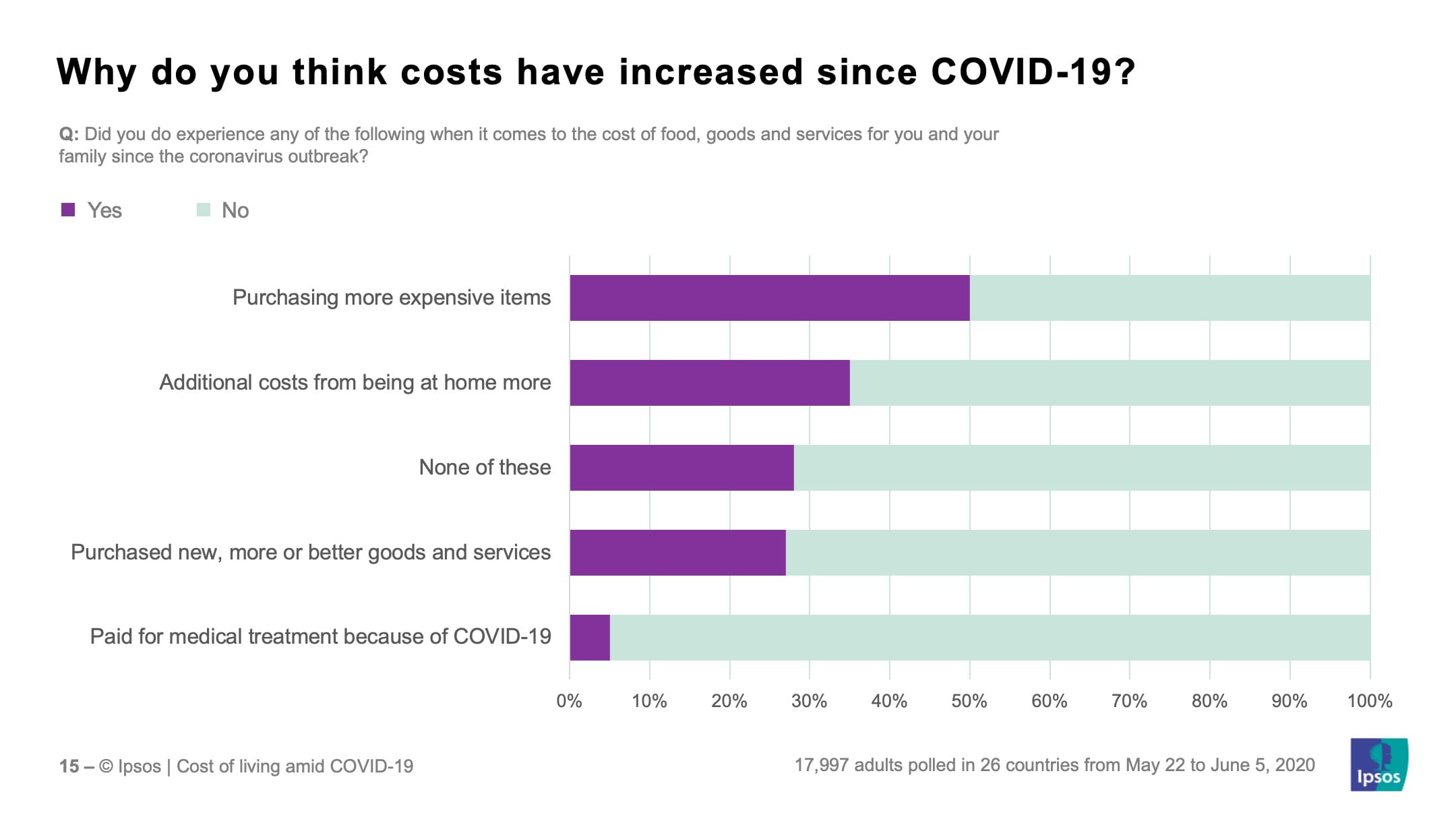 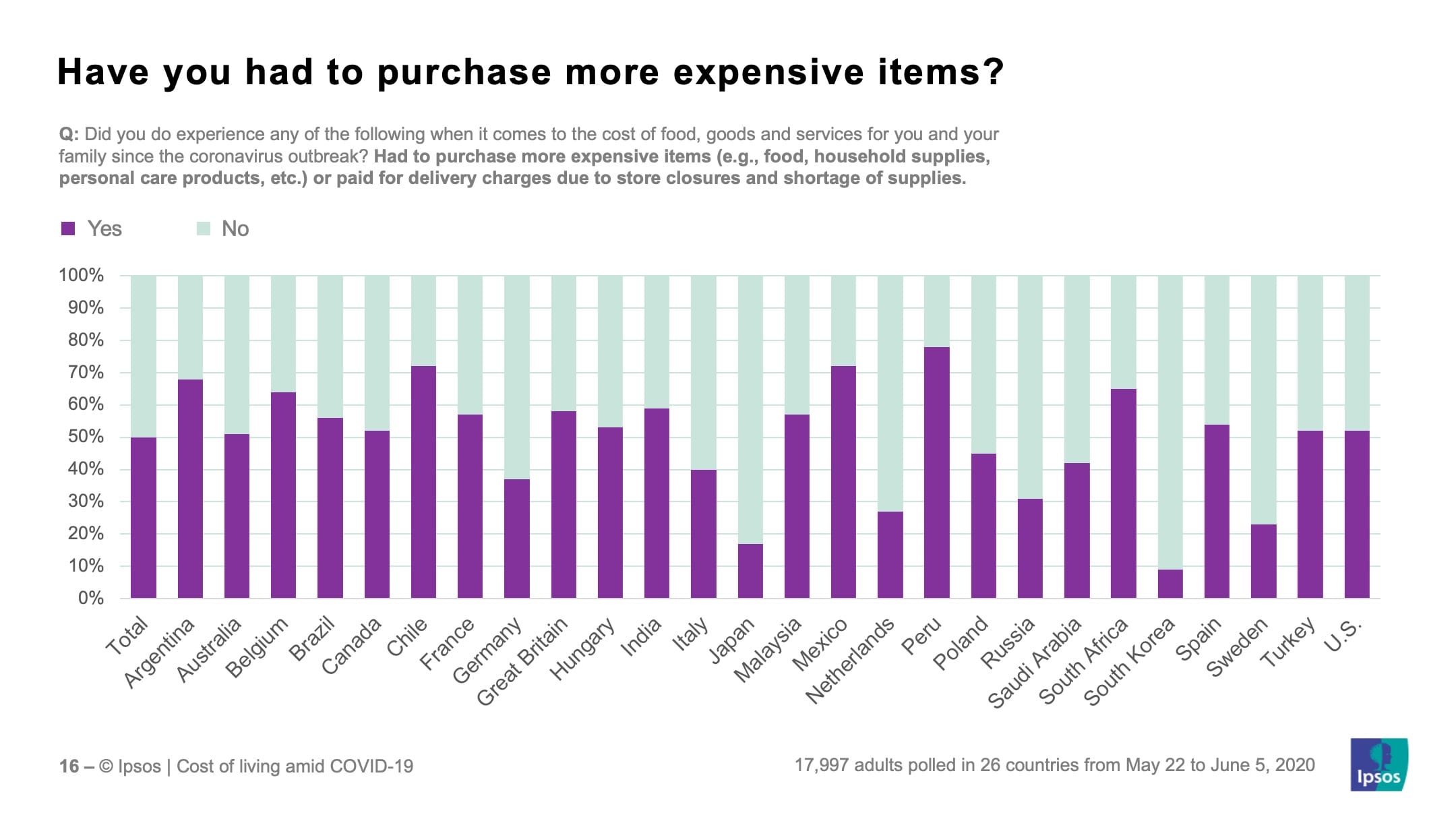 Meanwhile, more than a third (35%) of people said they incurred new or additional costs such as larger utility bills due to spending more time at home or working from home with respondents in Turkey (65%) and Malaysia (63%) in most agreement. People in European countries of the Netherlands (84%), Sweden and France (83%), and Belgium (80%) are most likely to disagree.

In terms of spending more to cope with effects of isolation, more than a quarter globally (27%) said they purchased new, more or better goods and services for relief from lockdowns and social distancing.