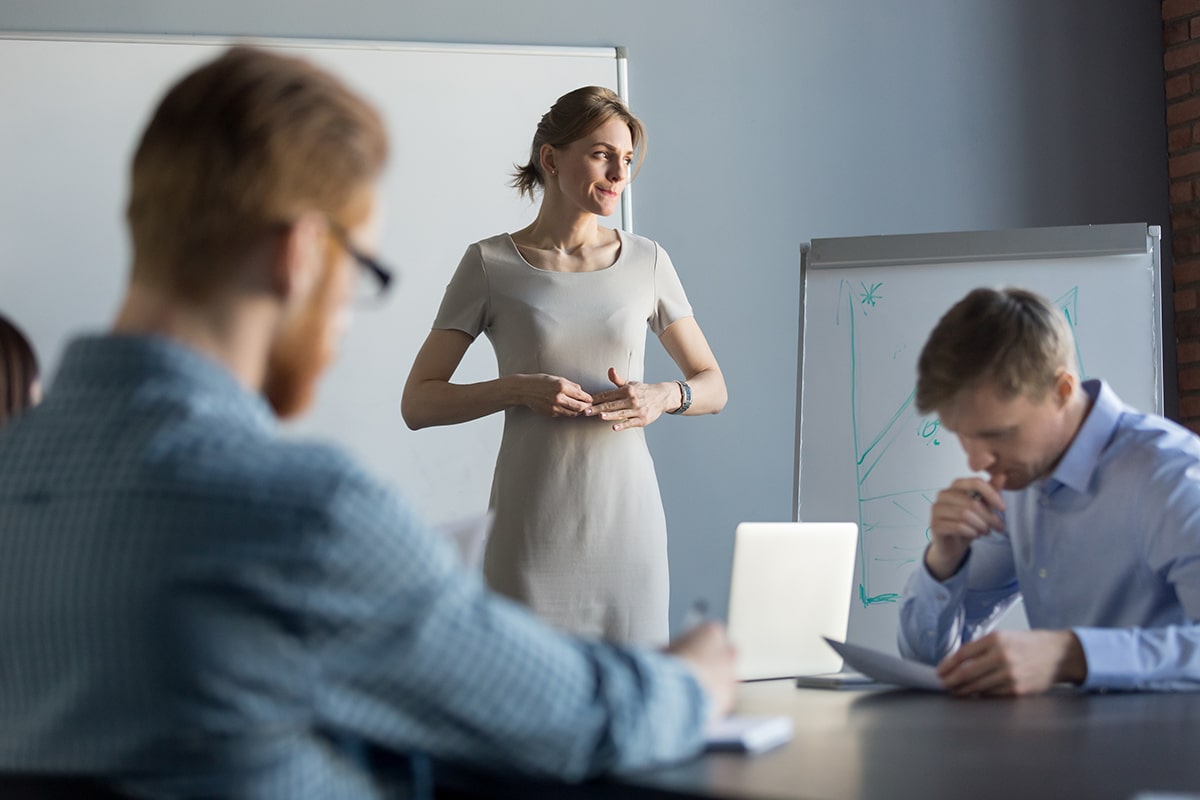 There’s a lot of debate about how to move the dial on gender equality around the world, and growing emphasis on how this cannot happen without getting men on board with the movement.

In fact, men and boys not educated about the importance of gender equality came as the fourth most important factor in stopping women from achieving equality out of 17 issues in a recent survey of more than 19,000 people in 28 countries.

Only factors like employers not closing the pay gap, not promoting women, and not supporting women enough to handle work-life responsibilities came above this  ̶  while the government not doing enough to promote gender equality was tied for fourth.

The focus then shifts back to men with the next biggest hinderance on the list being men not wanting to help women achieve equality.

Added to that, men (18%) were also twice as likely as women (9%) to say gender equality has already been achieved in their country – showing a significant gap on how both sexes view equality. 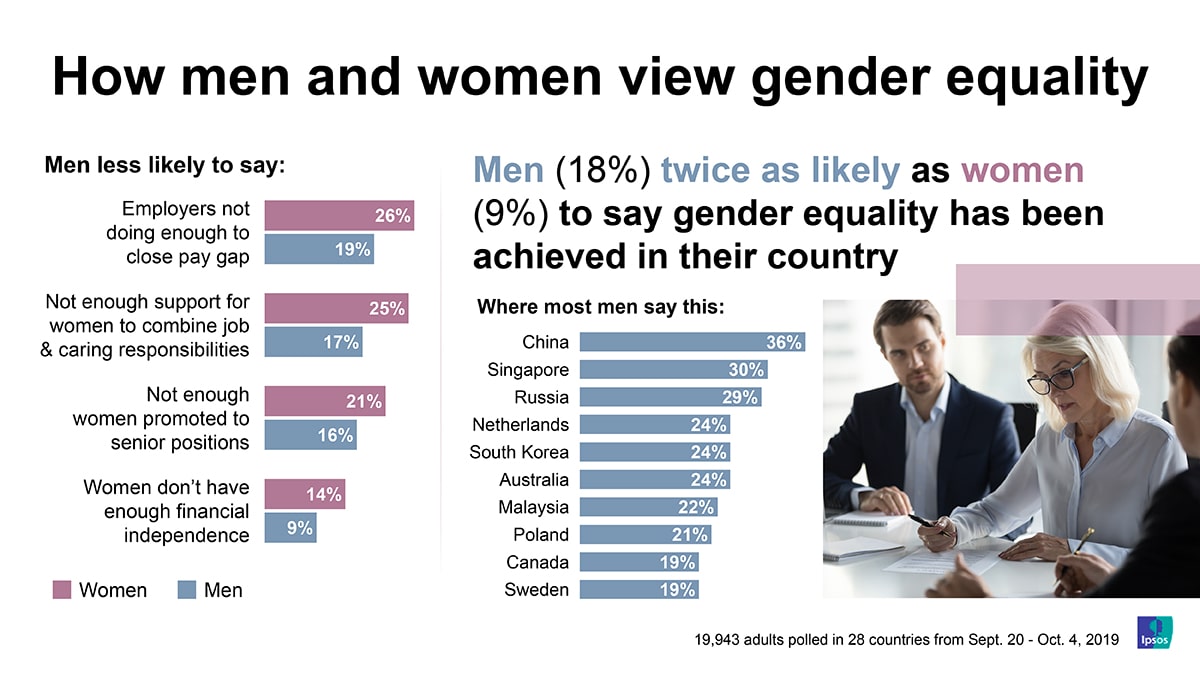 Meghann Jones, Senior VP at Global Affairs, who has led research on gender equality for more than a decade, said the response of men towards gender equality could be tied to lived experience and women being more aware of the issue because it happens to them.

“Even many women are not aware – they have been conditioned to tolerate and overlook inequality. This is why #metoo was such a revelation for people,” said Jones. “The other thing that I think is happening here is that some people think that if we have equal rights and legal equalities, that must mean that equality has been achieved, but obviously that isn’t the case.”

“As the inequality is less overt and more subtle, the lived experience is important,” she added.

Greg Gwiasda, VP of Behavioural Science Centre, agreed saying the findings reflect at its core the very real differences men and women experience in their daily lives and how that shapes their thinking process.

“Because men are less likely to experience gender inequality, they are likely to think about it in more abstract terms and focus on why it should occur. In the abstract, there has been more progress on this issue” said Gwiasda.

“Women, however, are very aware of how these issues manifest each day and think about this concretely. They are more likely to recall moments where equality was not achieved and, in turn, express the need for more work to be done.”

Not surprisingly, women were more likely than men to want to achieve gender equality in everything from politics and business to science and technology in the next 25 years, according to the survey.

Jones adds there is that reality that some men don’t want women to be equal or they feel under attack.

“Some of it is entitlement and defensiveness. Men designed the workplace, the laws, the health system – they want to think they did a good job,” said Jones. “They do not want to hear that going to work is way easier than staying at home and taking care of a baby.”

Looking after children and the home was the lowest ranked area where people globally felt progress has been made in achieving gender equality in the last 25 years.

Gwiasda also points out that people tend to attribute situational factors to explain their own behaviour, while linking the behaviour of others to personality traits. Men may unintentionally be doing this when it comes to gender equality.

“For instance, I was late for a meeting because traffic was unusually heavy, whereas others are late to the meeting because they don’t value my time,” said Gwiasda. “In the same way, men may attribute specific instances of gender inequality to the personality traits of the specific woman involved.”

Men may be less likely to think inequality occurred because of systemic factors, but rather, it occurred due to something unique to that person, who just happens to be a woman, according to Gwiasda.

Overall, understanding how men and women may think and experience gender inequality could help bridge the divide on the issue, according to the experts.

“Men should be more cognisant of the ways they internalise information and, in turn, take a moment to make sure they are truly considering all perspectives,” said Gwaisda.

“Be available and even offer when appropriate to have conversations with women – either your co-workers or family members – about their experiences and that could help make things more concrete.”