The Americas are on the opposite ends of the spectrum on the seriousness of global warming. Only 4 in 10 (39%) respondents in North America consider it a very serious issue compared to 4 in 5 (83%) respondents in Latin America.

Is There Evidence of Temperature Increase?

Seven in ten (70%) say there is solid evidence that the average temperature on earth has been getting warmer.

One of the highlights of the Paris climate change agreement is the commitment of all countries to reduce carbon emissions. However, the majority (59%) disagree that it is practical and feasible to almost completely eliminate the use of oil and gas in the next ten years. 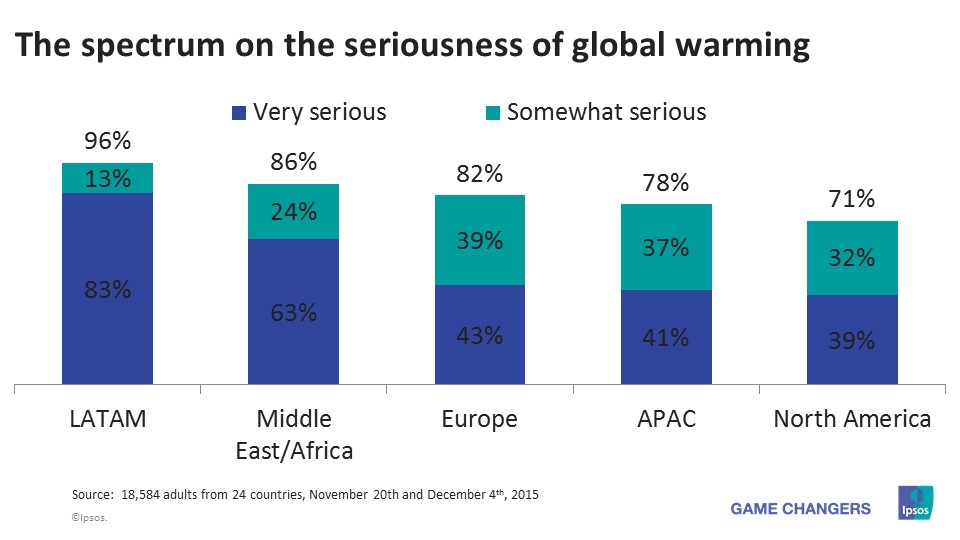