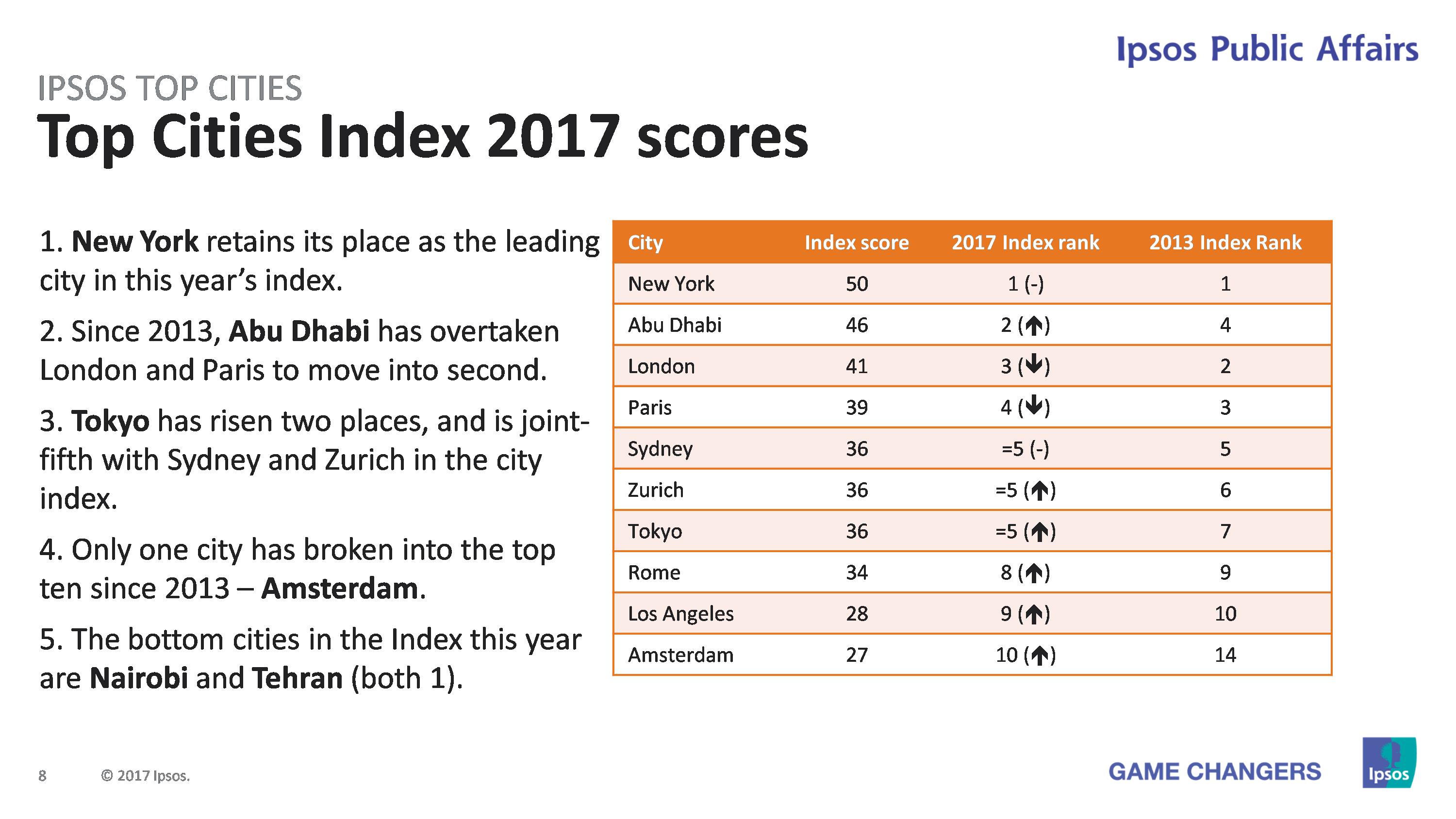 Sydney appears to have more limited appeal to younger people. Whilst it is the second-favourite city for Baby Boomers and third-favourite for Generation X, Millennials (aged 22-37) rank it as their ninth-favourite, whilst Generation Z (aged 21 and under) put it eighth. Other cities that have greater youth appeal include Los Angeles and Tokyo. 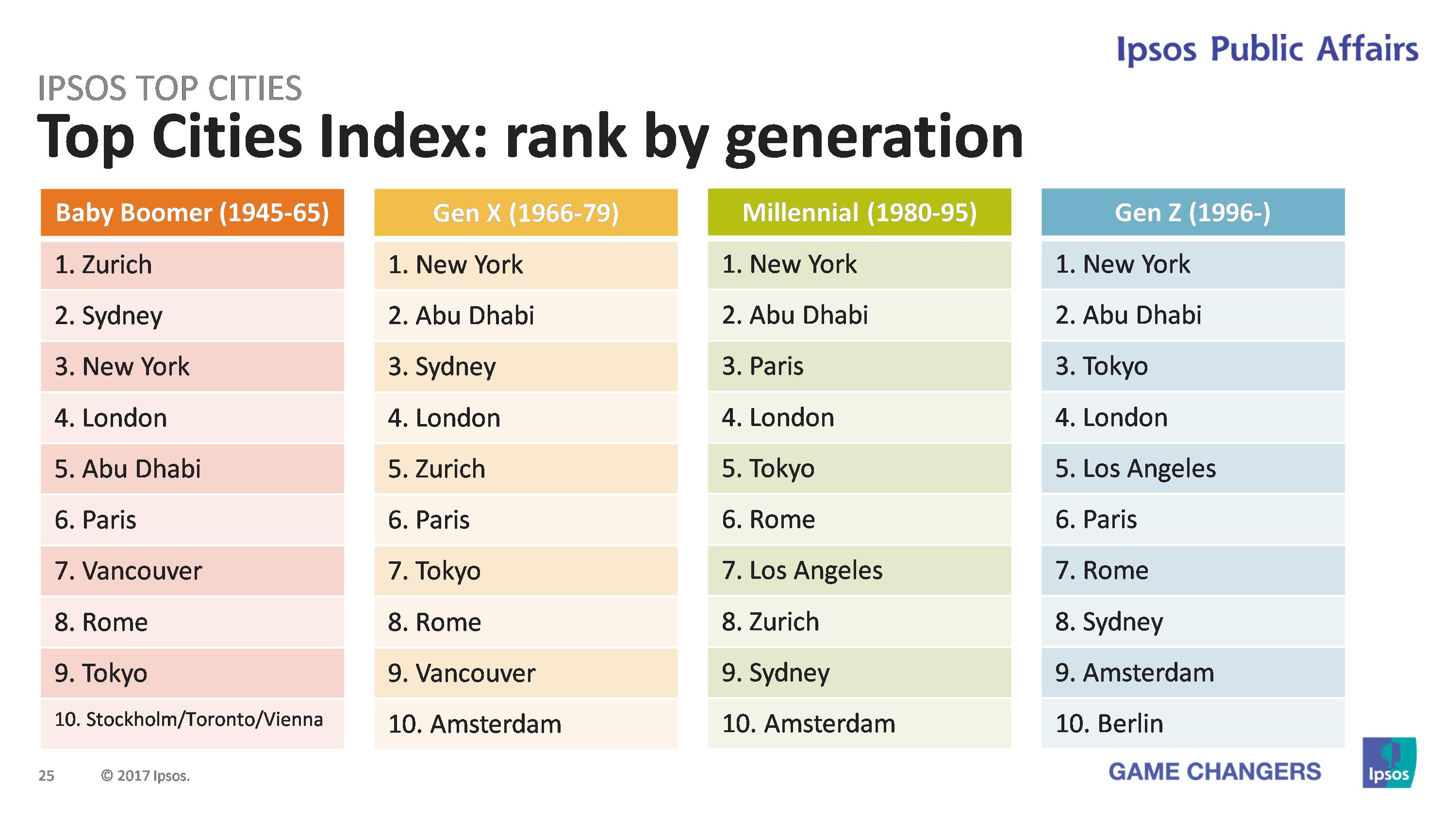 Interviews were conducted using the Ipsos Online Panel system, among 18,557 online adults aged 16-64 in 26 countries. Fieldwork was conducted between 21 April and 5 May 2017. Data is weighted to match the profile of each population.