Three in four people in 16 major countries expect their government to make protection of the environment a priority when planning a recovery from the coronavirus pandemic, according to a global Ipsos poll conducted to mark World Environment Day. 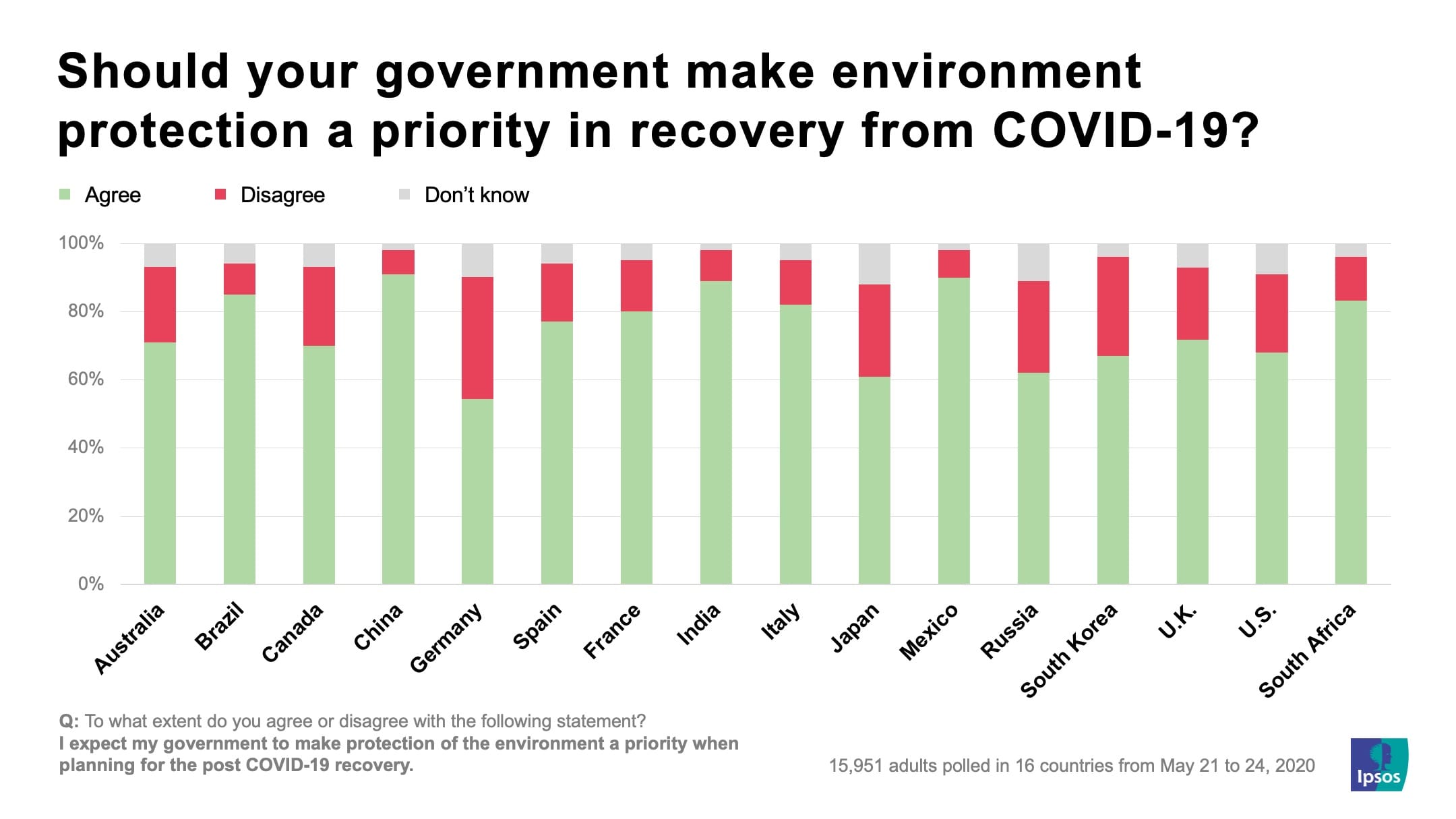 Added to this, there is a view the environment is a personal priority for people with half of the respondents disagreeing that protecting the environment is far down on their list of priorities right now. This sentiment is highest in many European countries including Germany and France (67%), Mexico (65%), Spain and South Africa (60%). 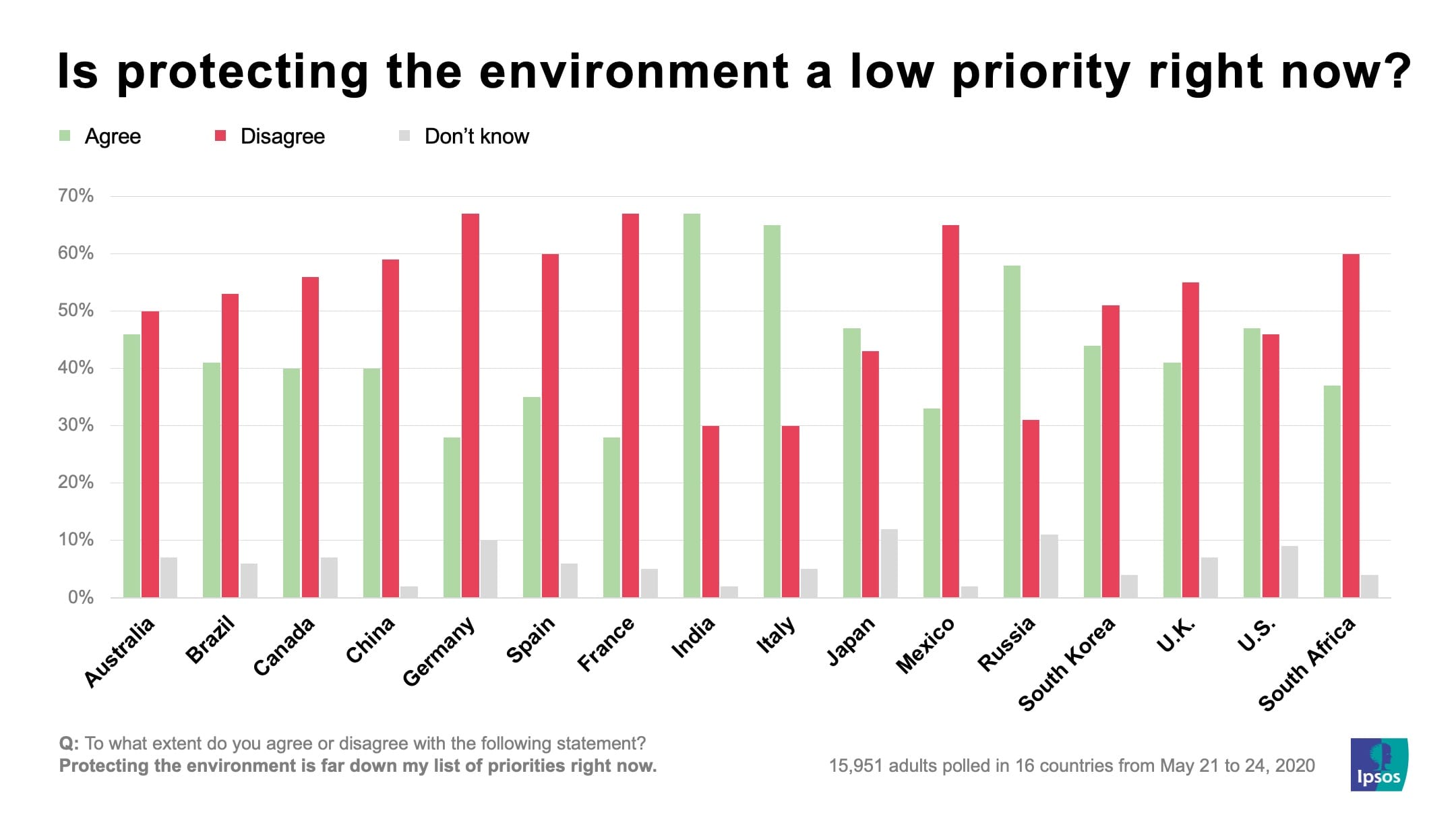 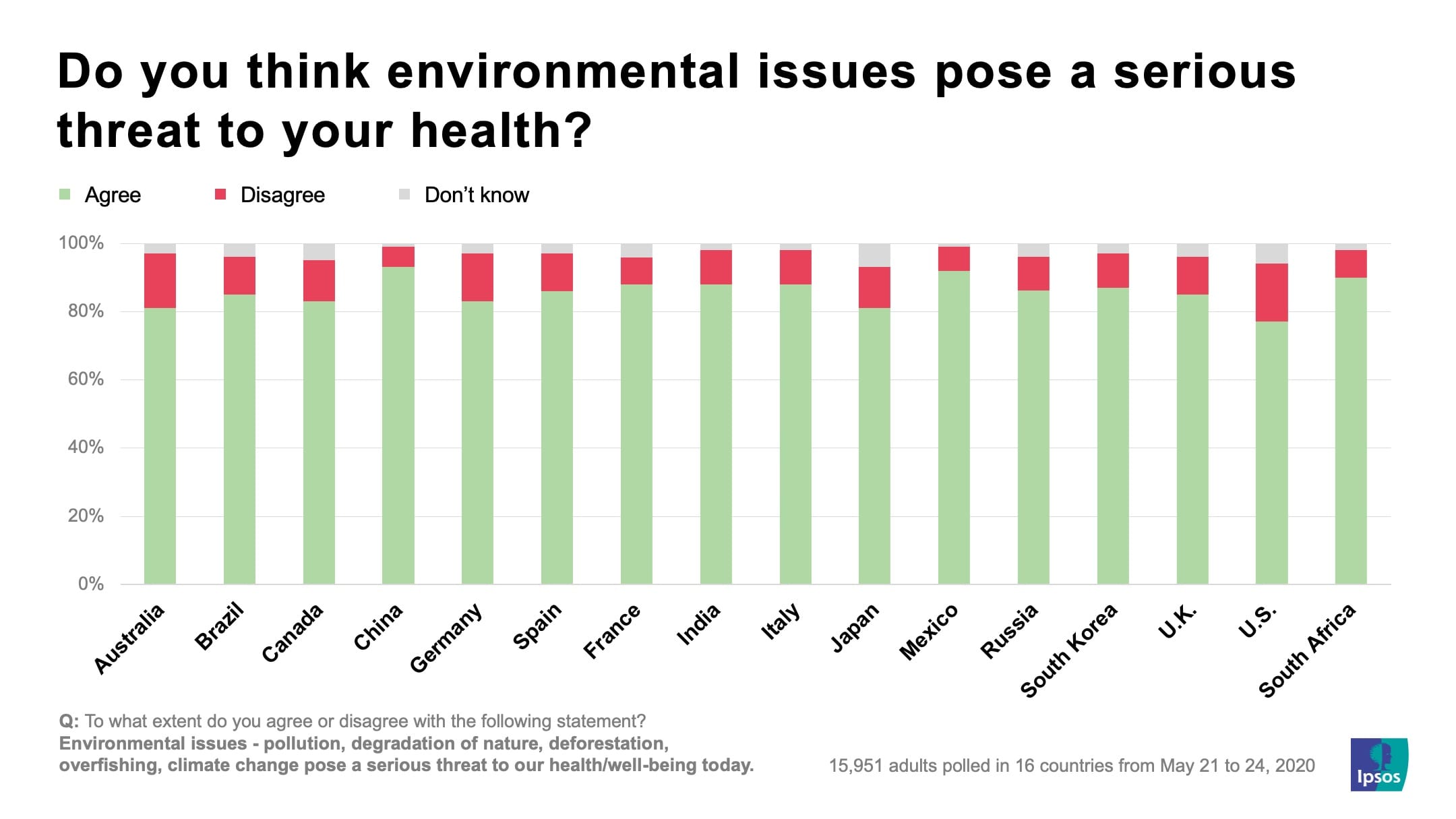 Overall, people feel a strong responsibility to ensure their generation does not destroy the planet for the next generation. Agreement with this sentiment is close to 80% and over in all of the countries with China (92%) and South Africa (91%) at the top. 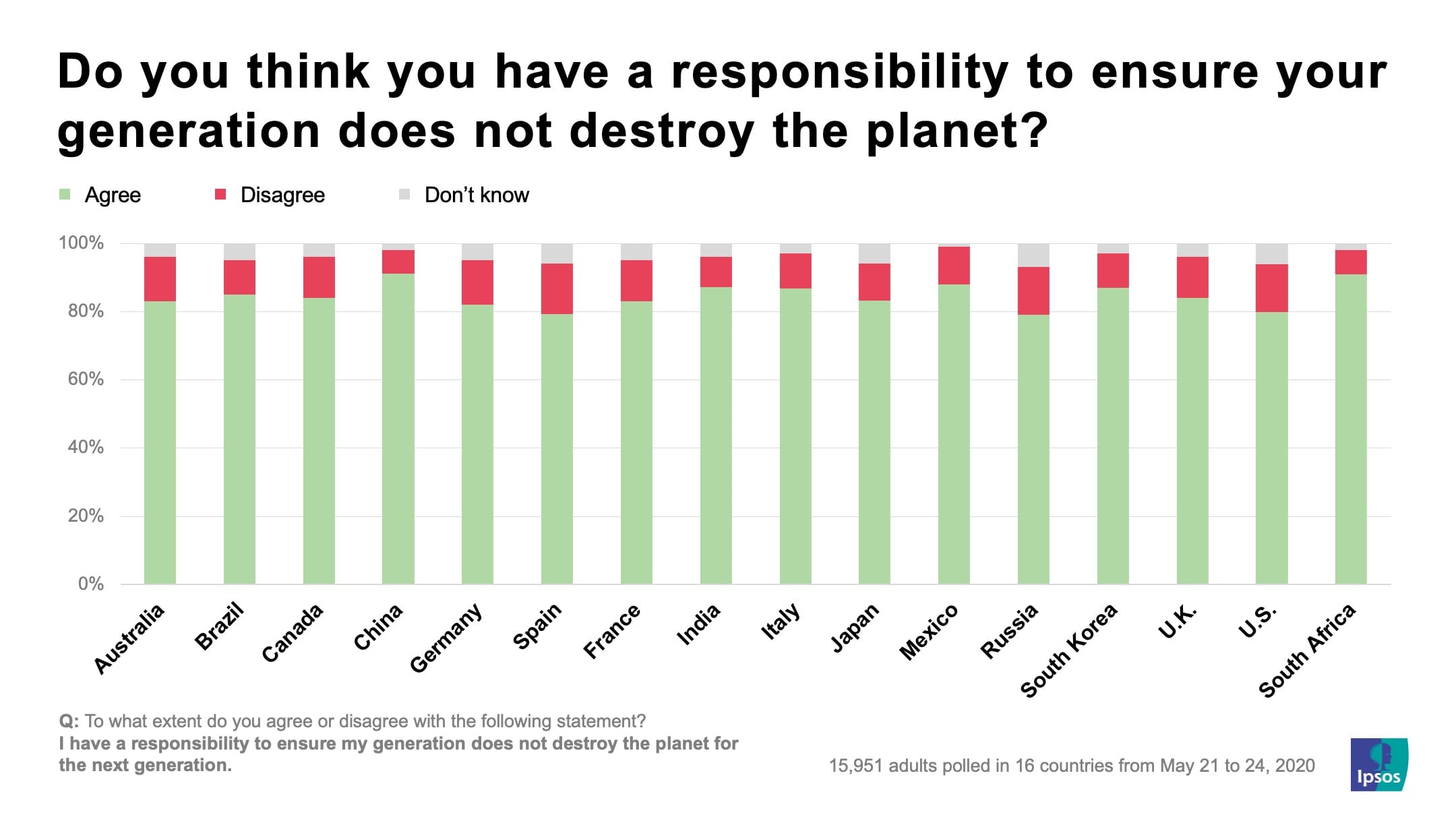