A majority of people surveyed across the world are most concerned for people who are vulnerable or weak amid the coronavirus pandemic even as lockdowns and closures force millions to isolate themselves.

Fewer people are anxious about their own health, which ranked in the middle of the list of the 10 scenarios. 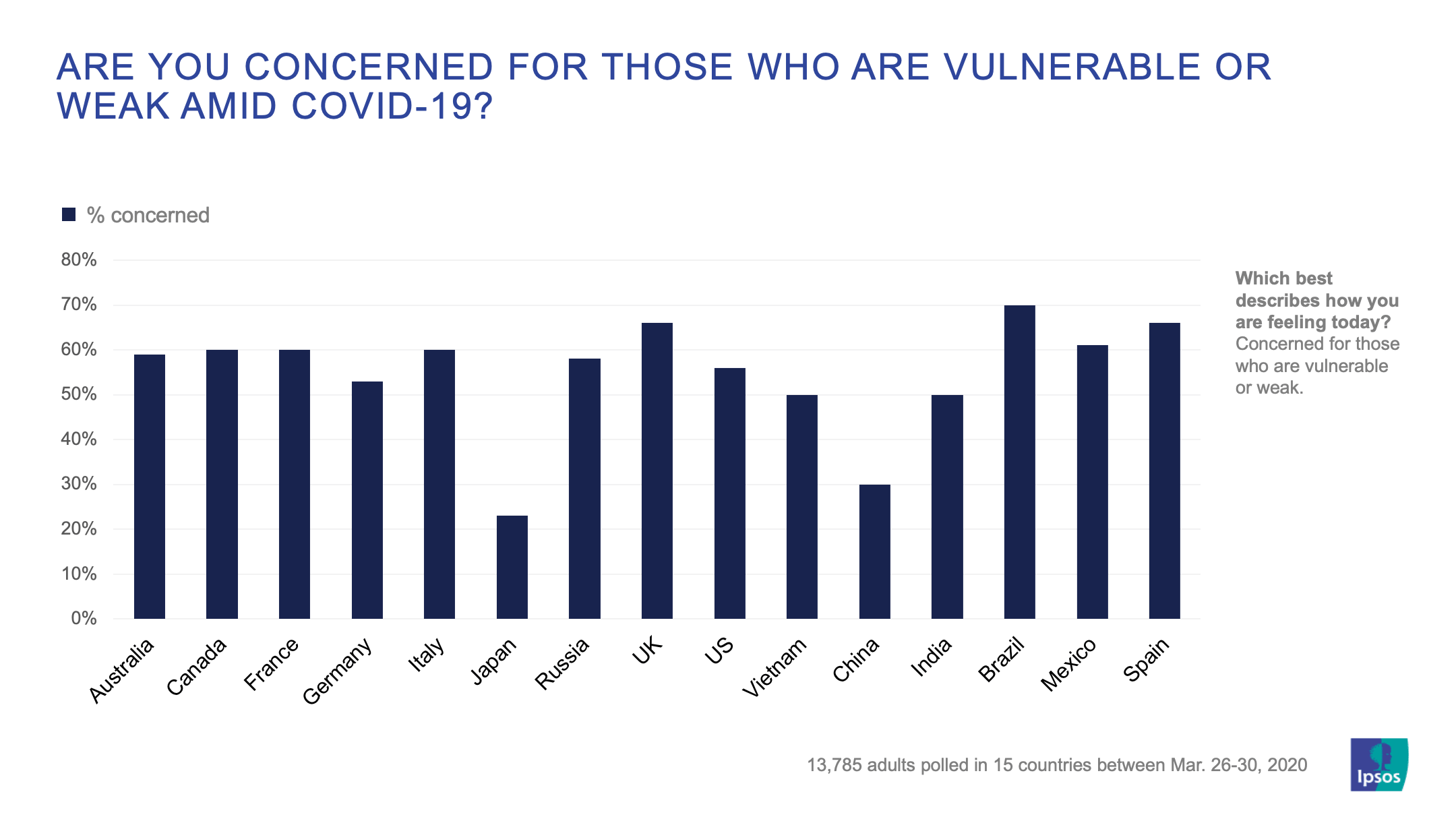 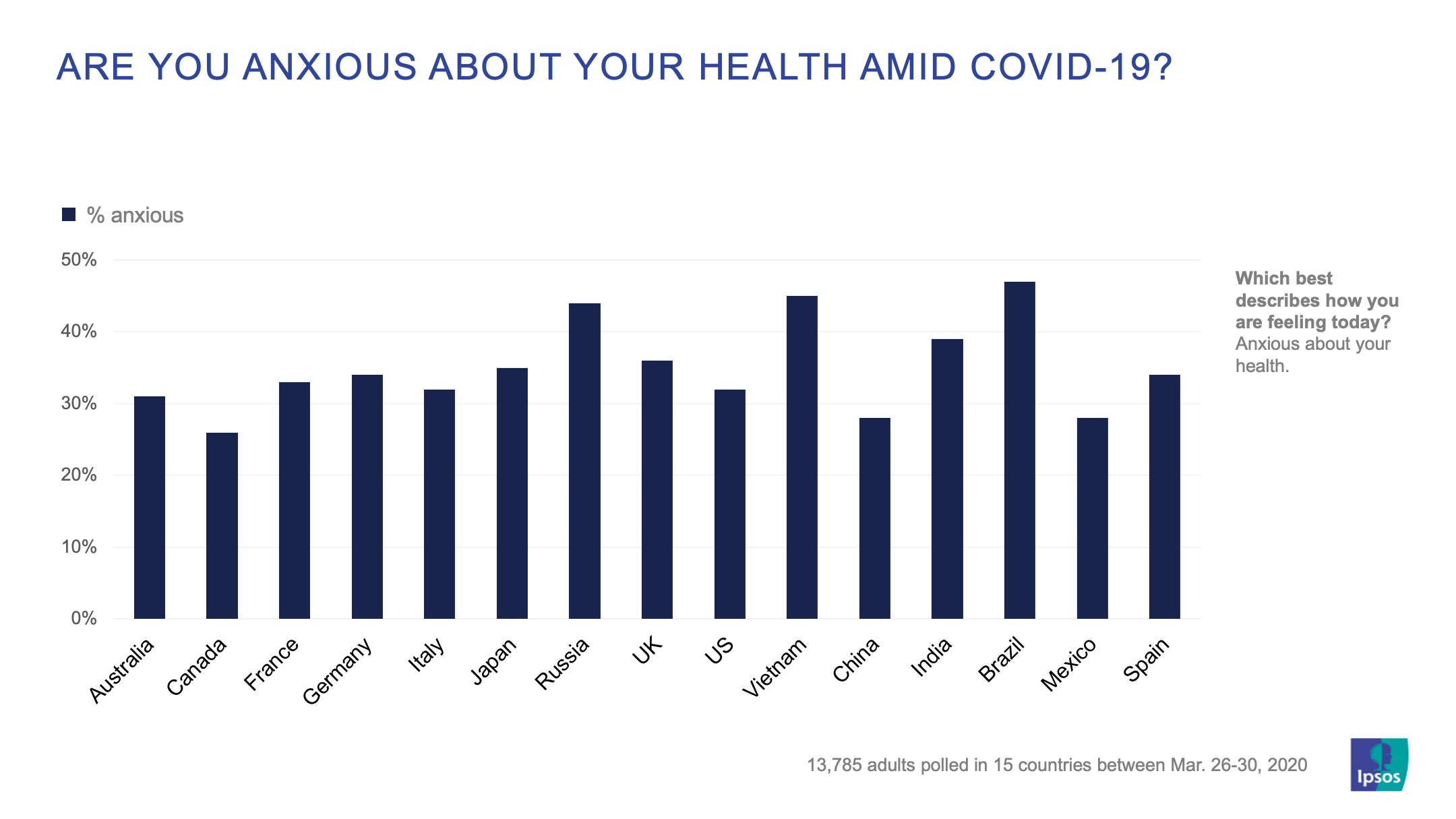 Darrell Bricker, Global Service Line Leader, Public Affairs, said the findings show that while we may be alone because of social distancing measures, there are signs this crisis is pulling us closer together.

“Even though many of us are avoiding physical contact with other people, it hasn’t diminished our desire to be emotionally connected to them or to the wider world,” said Bricker. 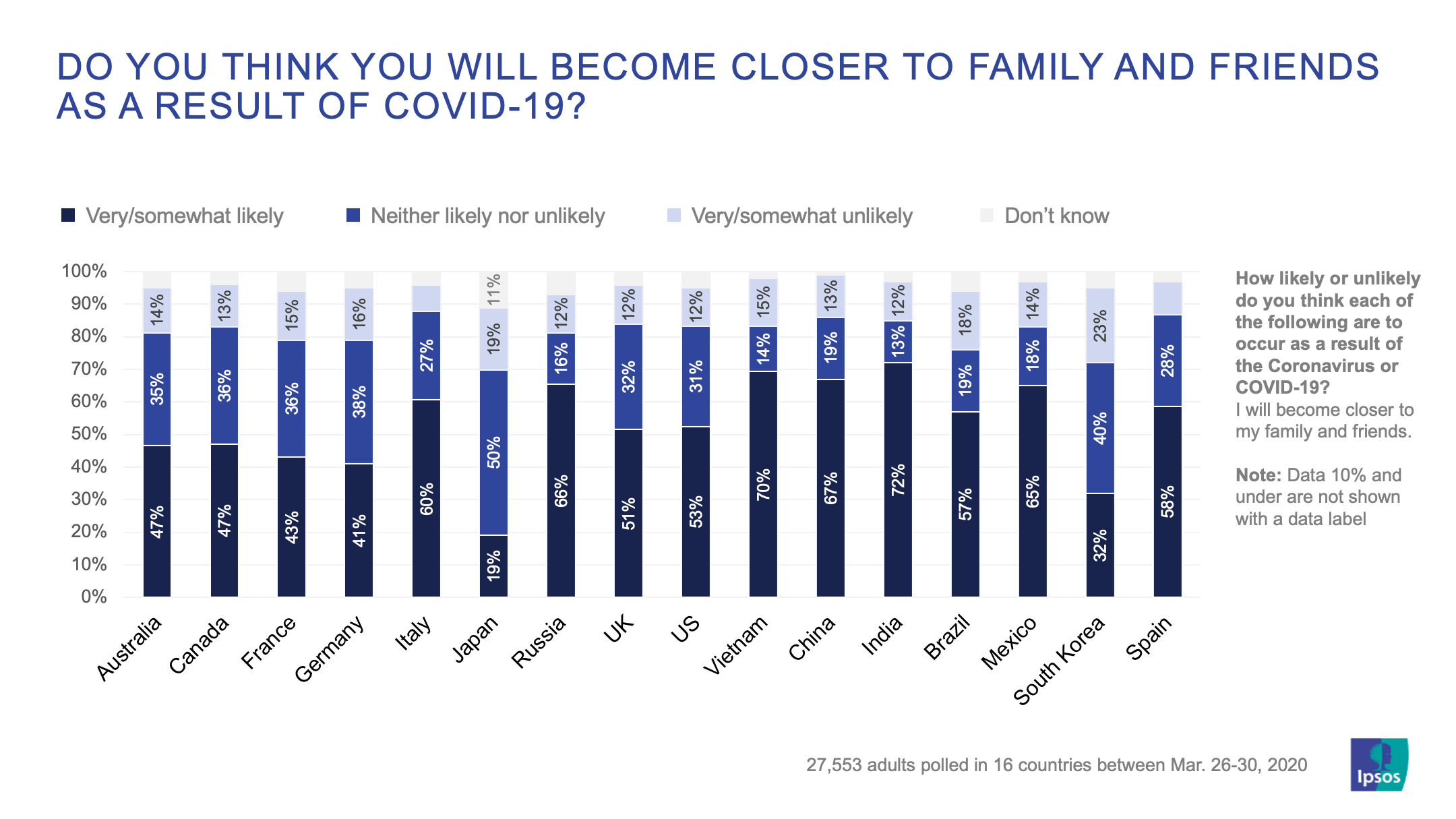 “Almost half of us are looking at this as a glass half full situation that’s freeing up space for personal growth,” said Bricker. 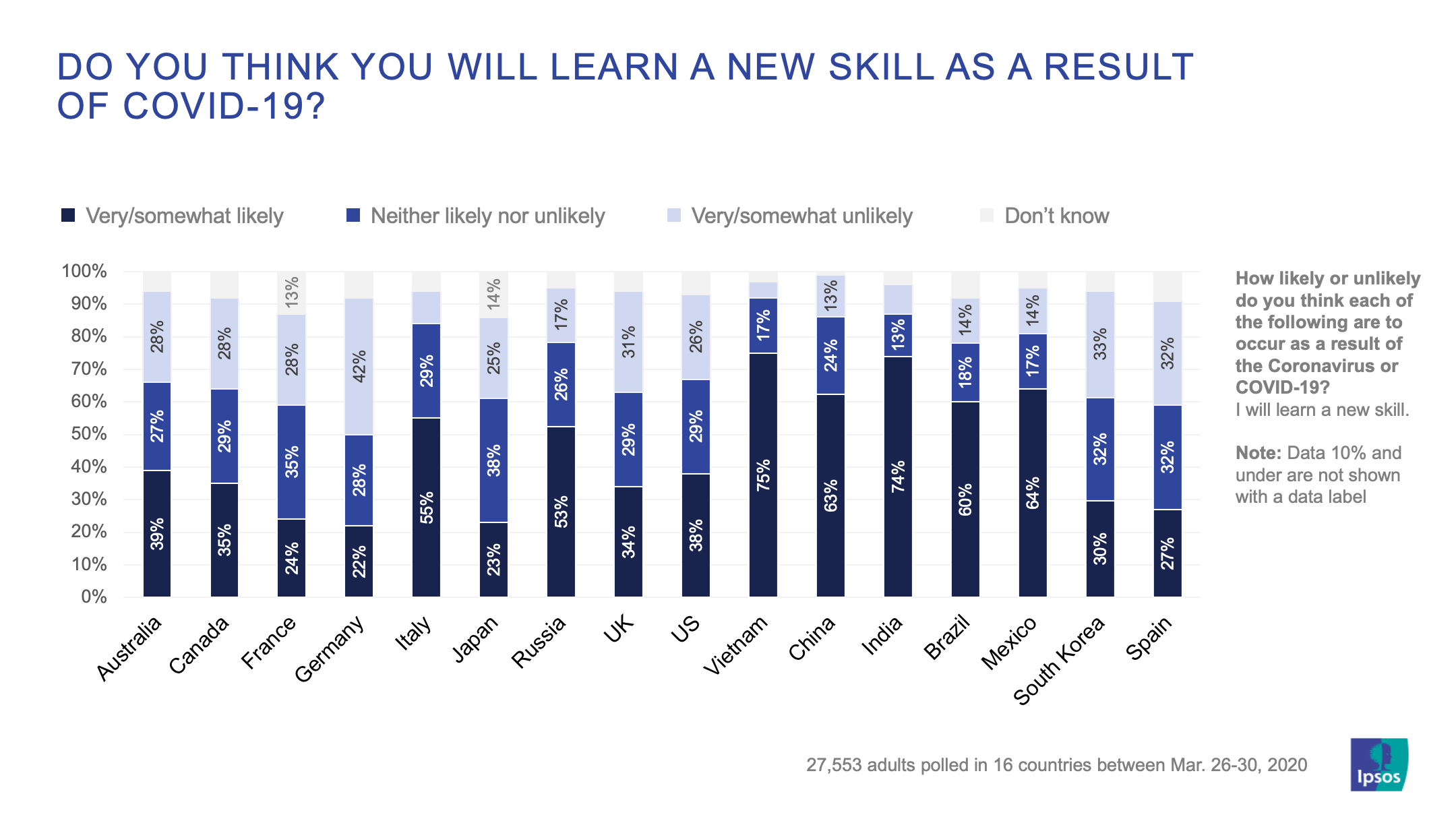