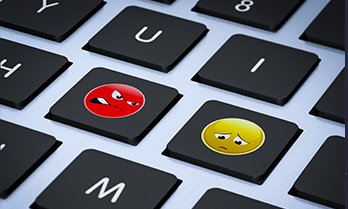 People around the world are divided on whether governments should shut down access to social media during a crisis depending on if they see the platforms as a valuable news source, or a supplier of fake news.

In the wake of the fatal terrorist attack in Sri Lanka on Easter Sunday in April, the government temporarily shut down access to social media to stop the spread of fake news.

An Ipsos Global Advisor survey conducted more than a month later finds that more than half (60%) of nearly 20,000 people across 27 countries think cutting off social media access during a crisis is acceptable.

But, the same proportion of people (60%) also said that it is not acceptable to shut down social media in a crisis, because the platforms are a primary source of news and information for many. 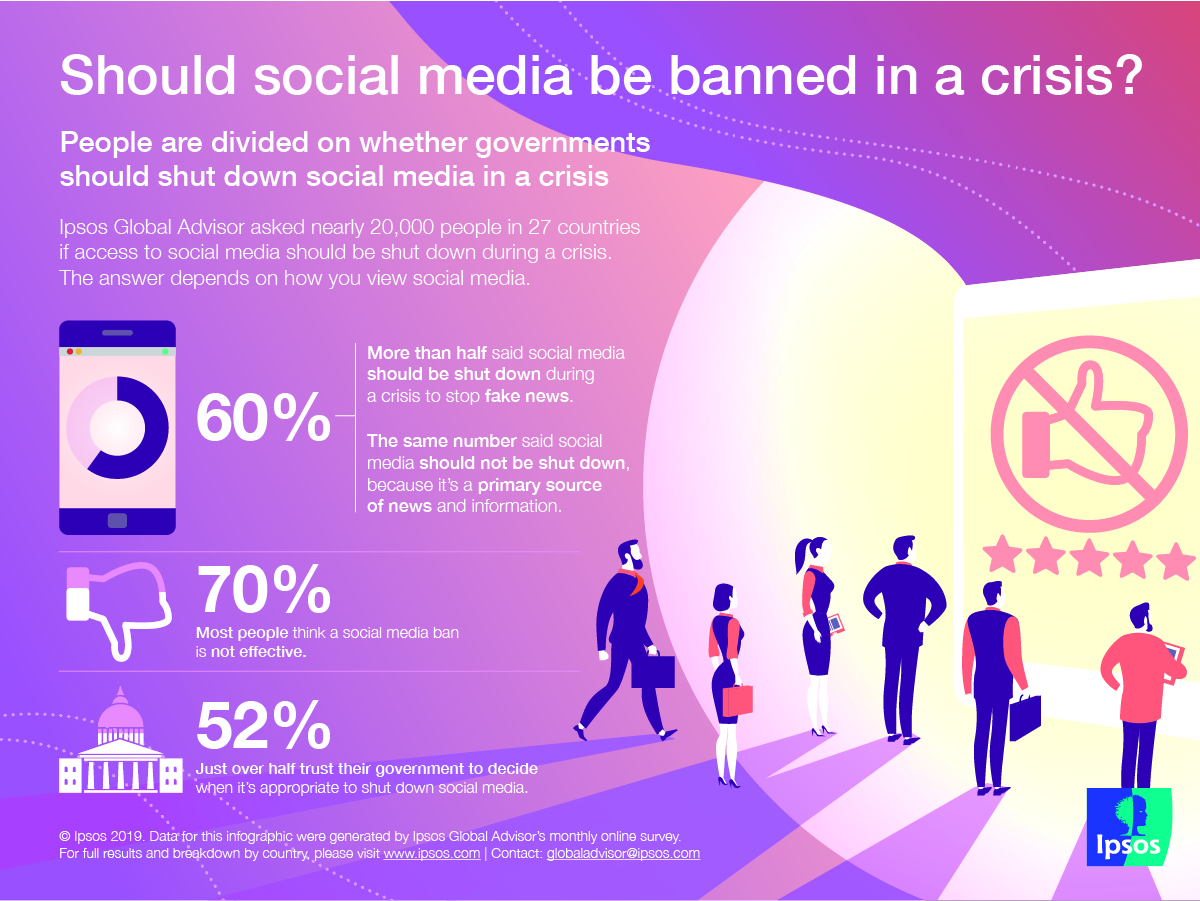 “People are somewhat confused on what the appropriate response should be,” said Bricker.

“While the idea of being denied access to social media is likely seen as draconian, there’s also a view that it shouldn’t be used to make a difficult situation worse.”

Countries where most say social media should be banned to stop fake news:

Countries where most say social media shouldn’t be banned because it’s a news source:

Overall, most of the respondents (71%) felt that a temporary ban on social media by the government is not an effective measure, because there are many ways to work around them.

Added to that, more than half (54%) think people are capable of separating fact from fiction, which is why they would not support a temporary ban to stop the flow of fake news.

“The public is learning that anything posted online, especially on social media, lives forever,” said Bricker. “Banning it temporarily won’t remove it from existence.”

Trust in government and social media

A big driver of whether people thought governments should or shouldn’t ban social media in a crisis came down to how much people trusted their elected officials and social media networks.

Slightly more than half (52%) said they trust their government to decide when and if it’s appropriate to shut down social media access in times of crisis.

At the same time, more than half said they did not trust (51%) social media companies to ensure that information shared on their platforms during a crisis is factual.

Education levels also are a factor when it comes to trusting social media, with those most educated the least likely (42%) to think of social media as the most accurate source of news and information.

Bricker added that it is likely that those with higher education have been more exposed to the complexities of freedom of speech issues, particularly related to bans on public communication.

These are the findings of the Global Advisor Wave 128, an Ipsos survey conducted between May 24th and June 7th, 2019. The survey instrument is conducted monthly in 27 countries around the world via the Ipsos Online Panel system. The countries reporting herein are Argentina, Australia, Belgium, Brazil, Canada, Chile, France, Great Britain, Germany, Hungary, India, Italy, Japan, Malaysia, Mexico, Peru, Poland, Russia, Serbia, South Africa, South Korea, Spain, Sweden, Turkey and the United States of America. For the results of the survey presented herein, an international sample of 19,823 adults aged 18-74 in the US, South Africa, Turkey and Canada, and age 16-74 in all other countries, were interviewed.

Approximately 1000+ individuals participated on a country by country basis via the Ipsos Online Panel. The precision of Ipsos online polls are calculated using a credibility interval with a poll of 1,000 accurate to +/- 3.1 percentage points and of 500 accurate to +/- 4.5 percentage points. For more information on the Ipsos use of credibility intervals, please visit the Ipsos website.15 of the 27 countries surveyed online generate nationally representative samples in their countries (Argentina, Australia, Belgium, Canada, France, Germany, Great Britain, Hungary, Italy, Japan, Poland, South Korea, Spain, Sweden, and United States).

Brazil, Chile, India, Malaysia, Mexico, Peru, Russia, Serbia, South Africa and Turkey produce a national sample that is more urban & educated, and with higher incomes than their fellow citizens. We refer to these respondents as “Upper Deck Consumer Citizens”. They are not nationally representative of their country. Where results do not sum to 100, this may be due to computer rounding, multiple responses or the exclusion of don't knows or not stated responses.