New research by Ipsos shows Britons are divided at the thought of travelling abroad with 2 in 5 (42%) considering a foreign holiday in the next 12 months, given the current situation. However, twice as many (81%) are likely to plan ‘staycations’ or holidays elsewhere in the UK. 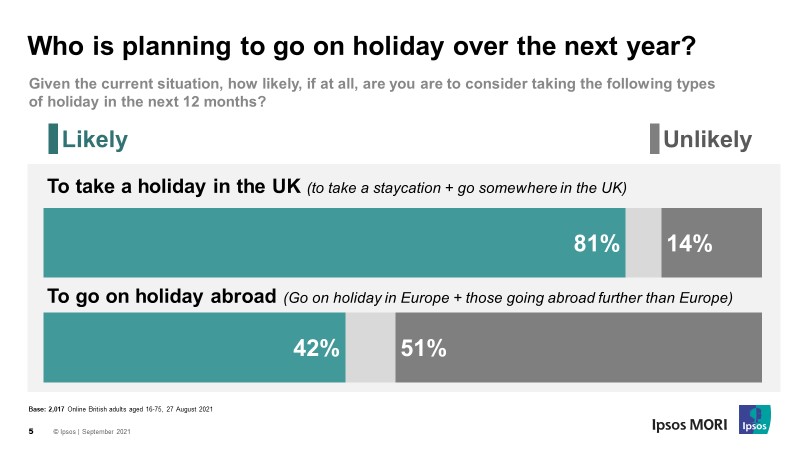 Looking in more detail, 36% would consider a trip within Europe while only a quarter (25%) would think about going elsewhere. However, there have been slight increases since last year; when asked in August 2020, 31% said they would go somewhere in Europe while 20% would go further afield. 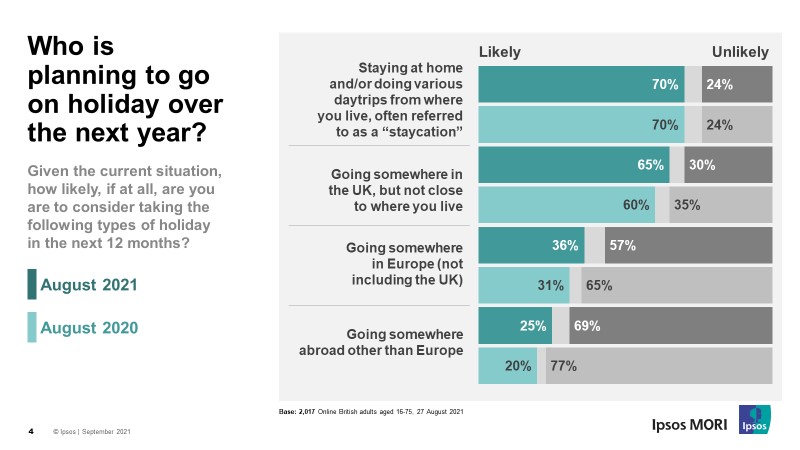 Staycations remain the most likely option with 7 in 10 (70%) considering staying at home and/or doing various daytrips from where they live over the next year (no change from last year) while two-thirds (65%) would think about going somewhere in the UK further away from where they live (up from 60% last August).

This still means more people are considering holidays abroad and at home over the next 12 months than were able to take them this year.  This year, only around 1 in 10 (8%) of Britons have been on holiday abroad (6% within Europe while 3% have gone elsewhere). Younger Britons are most likely to have gone abroad: 15% of 16-34-year olds have been away compared with only 7% of 35-54s and 4% of 55-75s. The middle classes are also more likely to have been away: 11% of ABC1s have gone abroad this year while only 5% of C2DEs have done the same.

Only 4 in 10 (39%) of Britons have stayed somewhere in the UK for at least one night away from home, while a quarter have done various day trips. Four in 10 (40%) did not take any of these types of holidays. 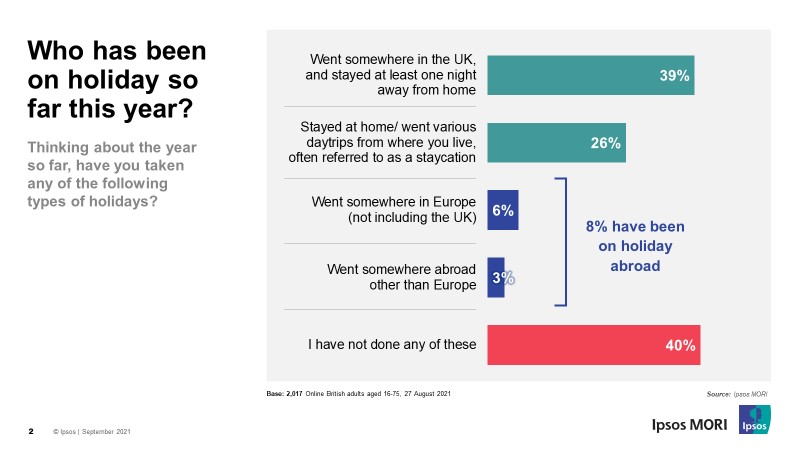 This year has still seen the effect of the pandemic with UK holidays and staycations much more popular than trips abroad.  Looking ahead to next 12 months, there are some signs that Britons are becoming slightly more optimistic about returning to their foreign travels, obviously depending on the situation, but the domestic staycation appears to be here to stay.