Following the passing of Queen Elizabeth II and Charles taking his first steps as the new monarch, new polling by Ipsos in the UK shows a majority of Britons now expect him to do a good job as King. Around 6 in 10 (61%) expect this to be the case, showing an increase of 12ppt, from 49%, since June of this year, when the Platinum Jubilee took place. Only 13% expect him to do a bad job, falling 7ppt since June. 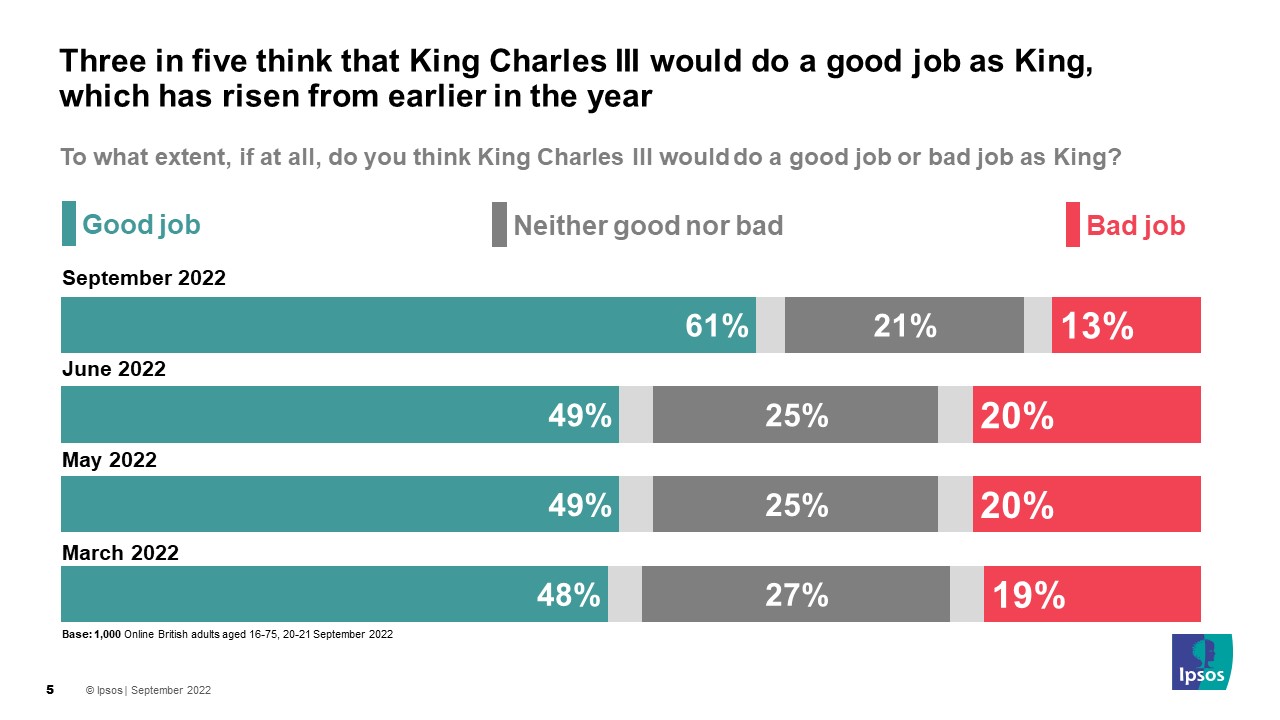 This puts expectations for King Charles III somewhat closer to those for the now second in line to the throne, Prince William. Almost three-quarters (72%) now say the new Prince of Wales will do a good job as King when the time comes with 7% expecting him to do the job badly. 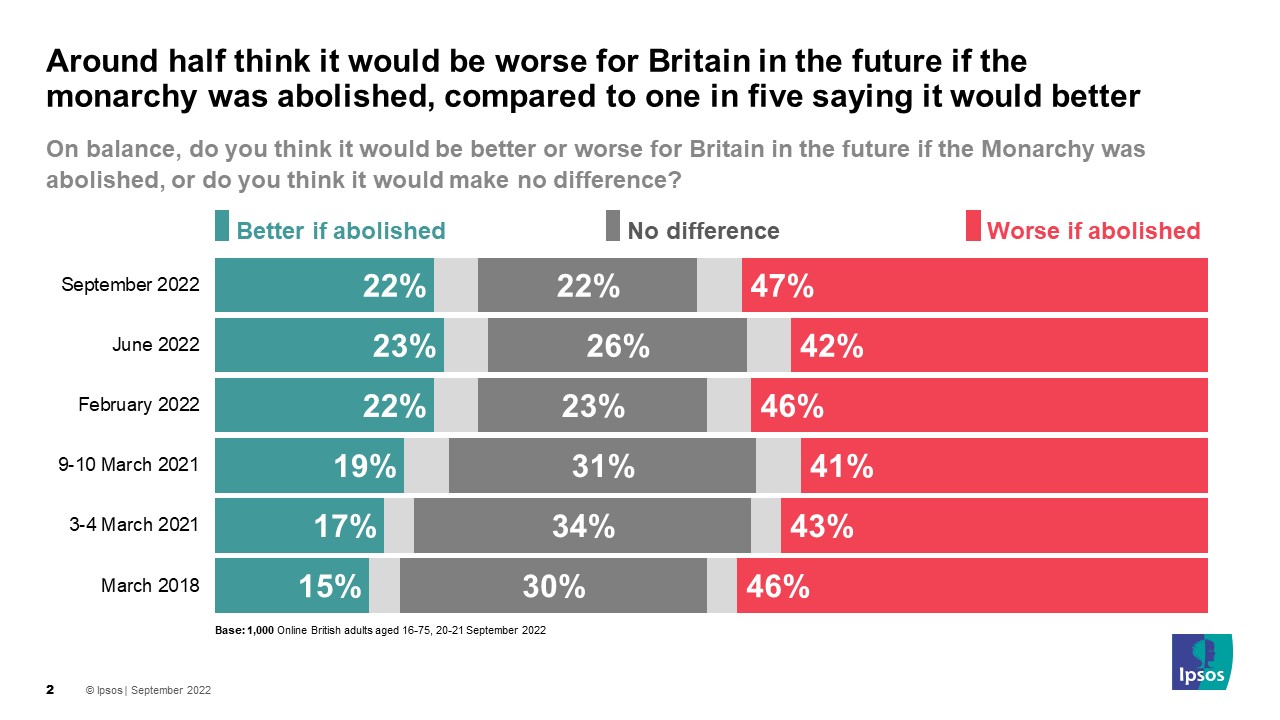 Britons are now more likely to expect the monarchy to last half a century. While little change has been seen in regards to whether it will still be there in 10 years (from 75% in March 2022 to 80% now), more significant changes have been seen when considering their role in half a century’s time. More than half (56%) now believe Britain will still have a monarchy in 50 years, only 45% said the same in March.

In the survey, asked after the Queen’s death and commemoration events, we see an increase in the proportion of people who agree they would “rather be a citizen of Britain than anywhere else in the world” from 49% in June to 55% now, although this is just back to levels seen this time last year. However, we also see more people finding it harder to stay positive about the future (51%, up from 45% in May 2022), while 41%  are finding it harder to stay positive  day-to-day (was 38%). There is also little change in the proportion who think British society is very or fairly divided (81%, in line with recent results).

Kelly Beaver MBE, Chief Executive of Ipsos in the UK and Ireland, said:

After the sad events of the Queen’s passing, King Charles starts his reign with the majority of Britons optimistic that he will make a good king, and an increased belief in the longevity of the monarchy.  As the country emerges from its mourning period, though, it will be important to track whether this is sustained, especially as the challenge of demonstrating relevance to younger generations remains.

Ipsos interviewed a representative quota sample of 1,073 adults aged 18-75 in Great Britain. Interviews took place on the online Omnibus on 20th -21st September 2022. Data has been weighted to the known offline population proportions. All polls are subject to a wide range of potential sources of error.