New research by Ipsos shows a majority of UK adults aged 16-75 are in favour of introducing a law giving employees the right to ignore work-related communications, such as emails, texts and instant messages, outside of their official working/on-call hours. Sixty per cent would support the Government introducing such a law, including 34% who would strongly support it. Only around 1 in 10 (11%) would be against it. 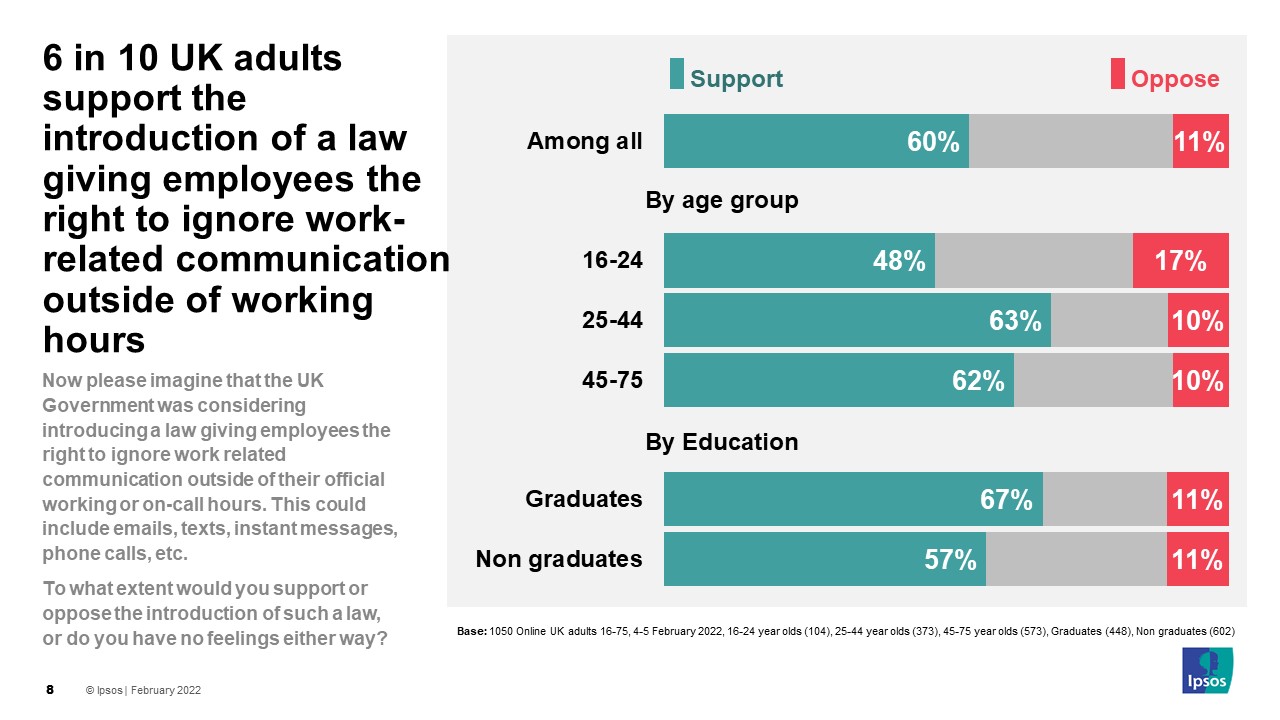 There is little difference in the views of workers and non-workers, nor between Conservative and Labour 2019 voters, although graduates are more in favour than non-graduates, and 16-24 year olds are also less strongly in support. 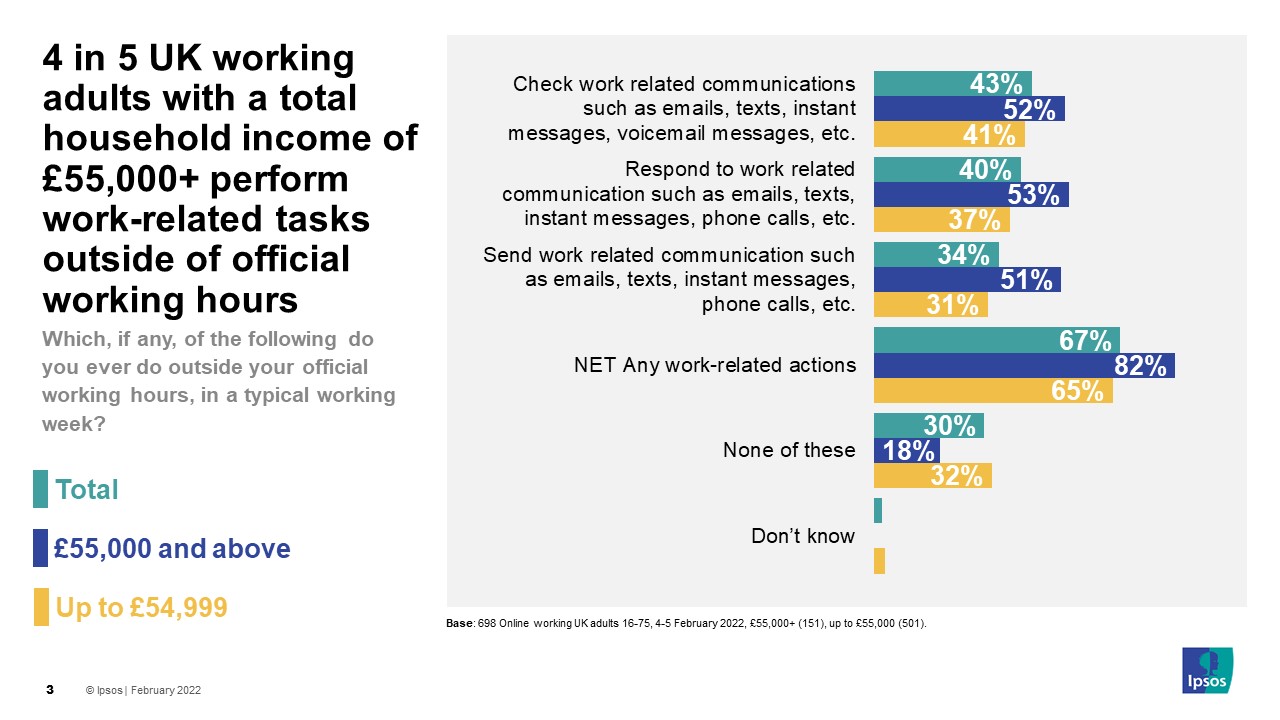 Those earning upwards of £55,000 a year are more likely to be checking, replying to and sending work-related communications outside of working hours, 82% say they do this compared with 65% of workers earning up to £54,999.

Opinion is split as to whether priority should be given to the right to disconnect or flexible working. A third (32%) say it is more important to give employees the right to disconnect than it is to give them more flexibility around the time that they work. However, a quarter (24%) believe it’s more important to give employees a degree of choice over the times they work. But more, almost 4 in 10 (37%), say both are equally important. 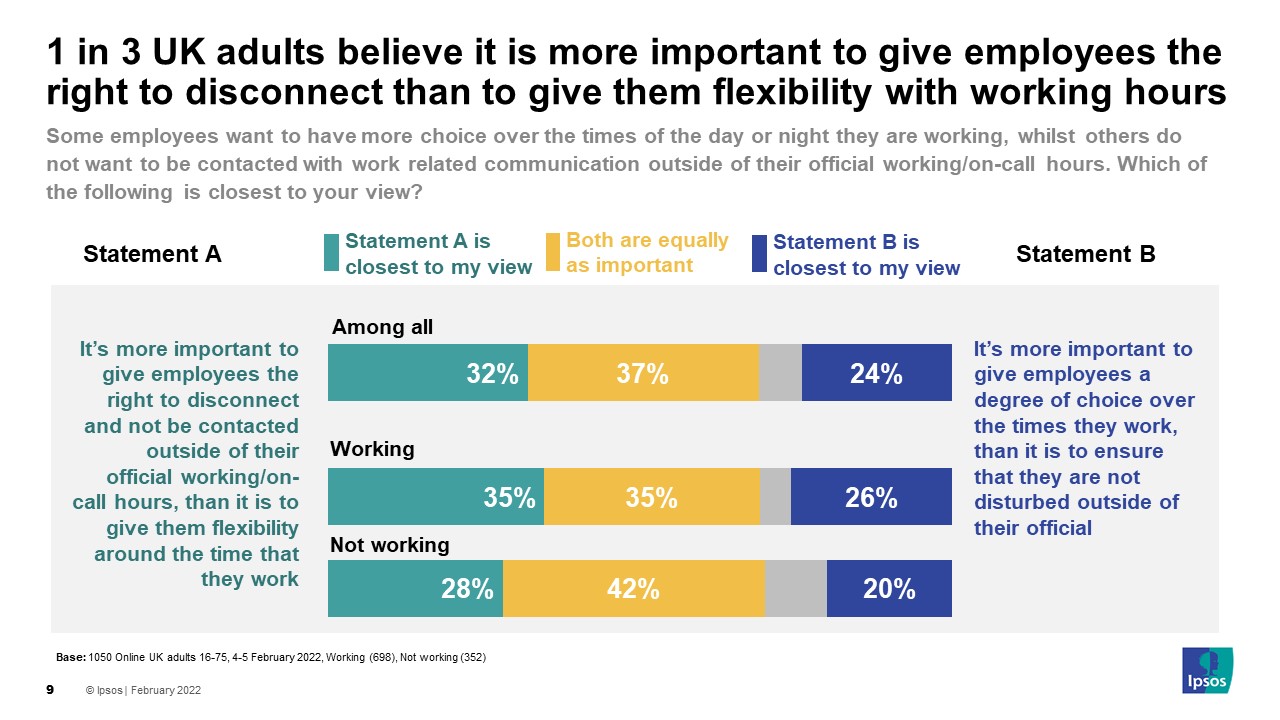 The pandemic has had a huge impact on our working patterns, providing businesses and employees an opportunity to re-evaluate the way we work.  For many, this has resulted in increased flexibility, but there is also the blurring of lines between work and homelife.
There is clearly support for legislation that protects the work/life balance, but will something as prescriptive as legislation actually impinge on the flexibility many have embraced over the last two years? Businesses should work with their employees to provide an environment that offers flexibility and a healthy work/life balance, so that we can all benefit from this new way of working.