A new global Ipsos study, carried out in 27 countries for the BBC, highlights the extent to which people think their society is divided. The poll, carried out online among adults aged under 65 in January and February this year, investigates public attitudes towards division and societal tensions around the world.  The study finds that three in four people on average across the 27 countries (76%) think society in their country is divided.  Countries that are most concerned about division are Serbia, where most people (93%) say their society is divided, Argentina (92%), Peru and Chile (both 90%). Those in Saudi Arabia are least likely to say their country is divided (34%) followed by China (48%) and Japan (52%). 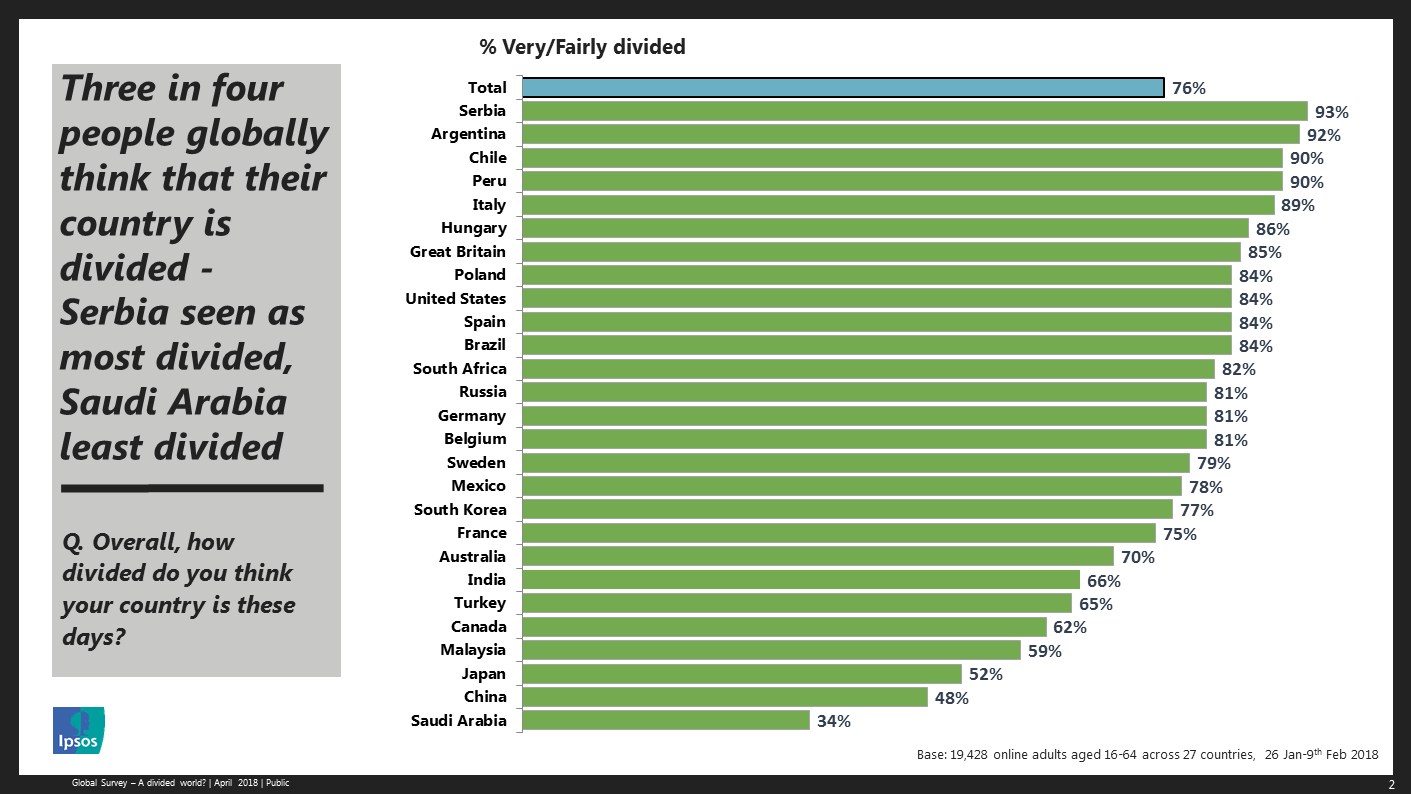 When asked how divisions have changed since ten years ago, six in ten (59%) feel their country is now more divided (compared with 16% who say it is less divided).   European countries are the most likely to think divisions have grown; three-quarters (77%) of people in Spain say their country is more divided now than a decade ago followed by Sweden, Germany, Britain and Italy (all 73%). 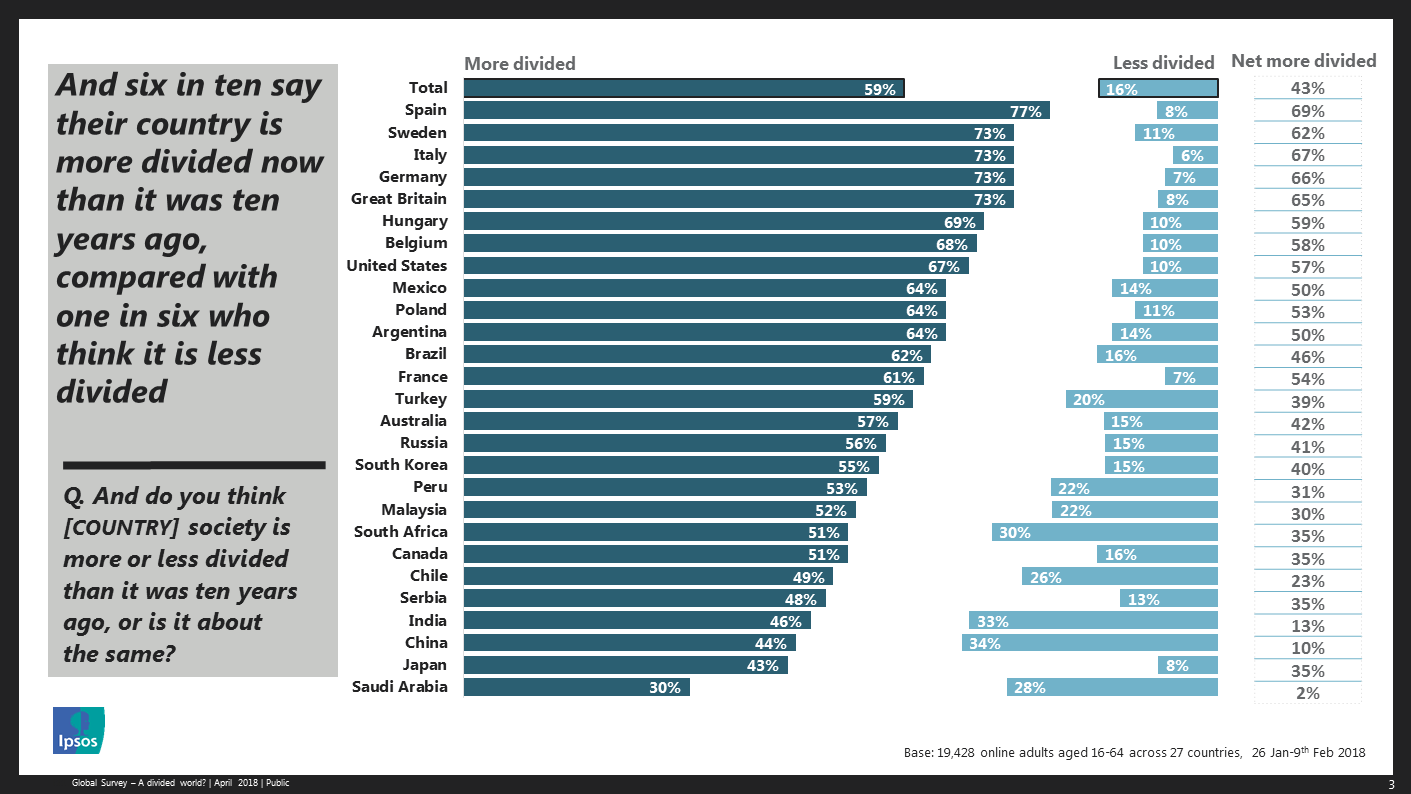 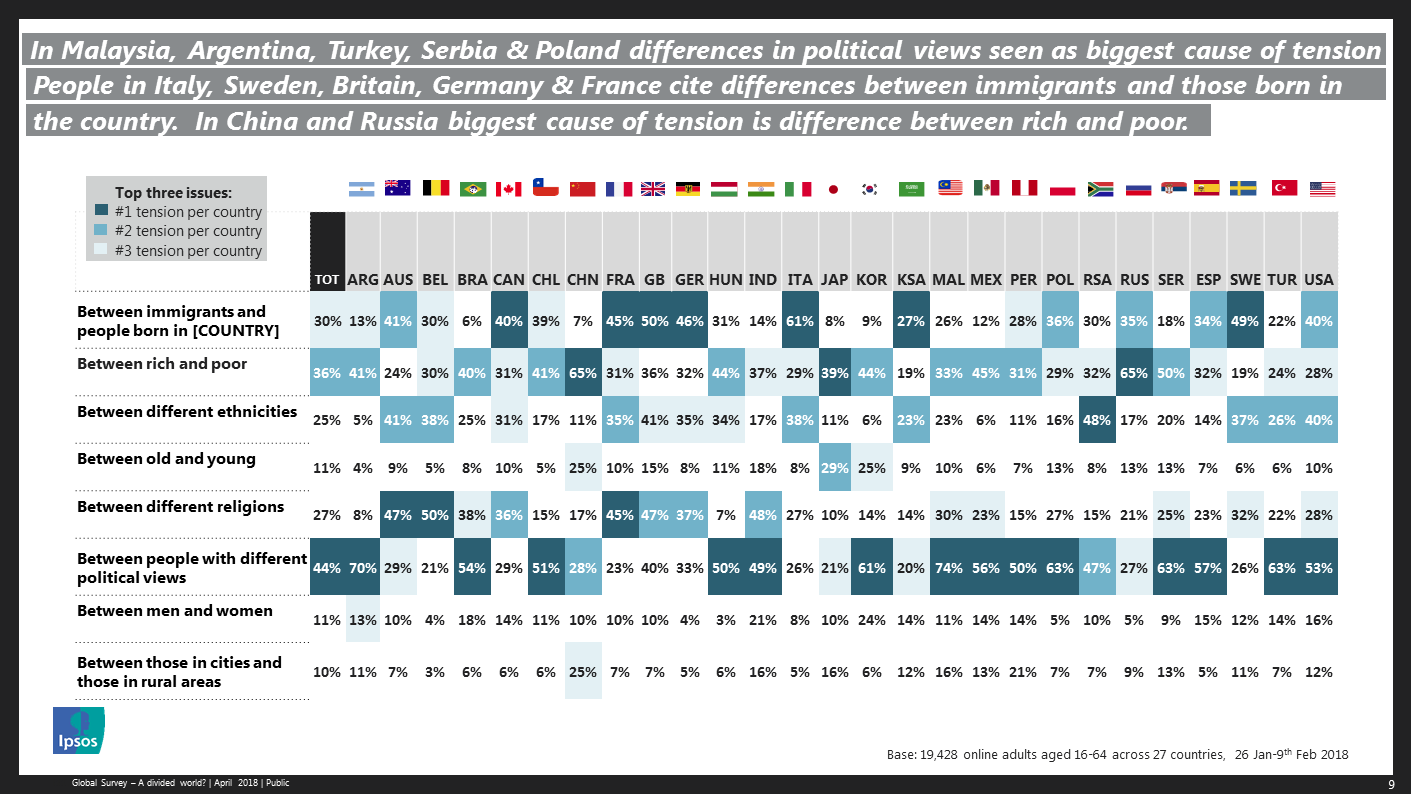 There is, however, some optimism in the study; the majority of people (65%) think that people across the world have more things in common than things that make them different.  Agreement is highest in Russia and Serbia (both 81%) but lowest in Japan (35%) and Hungary (48%) and South Korea (49%). 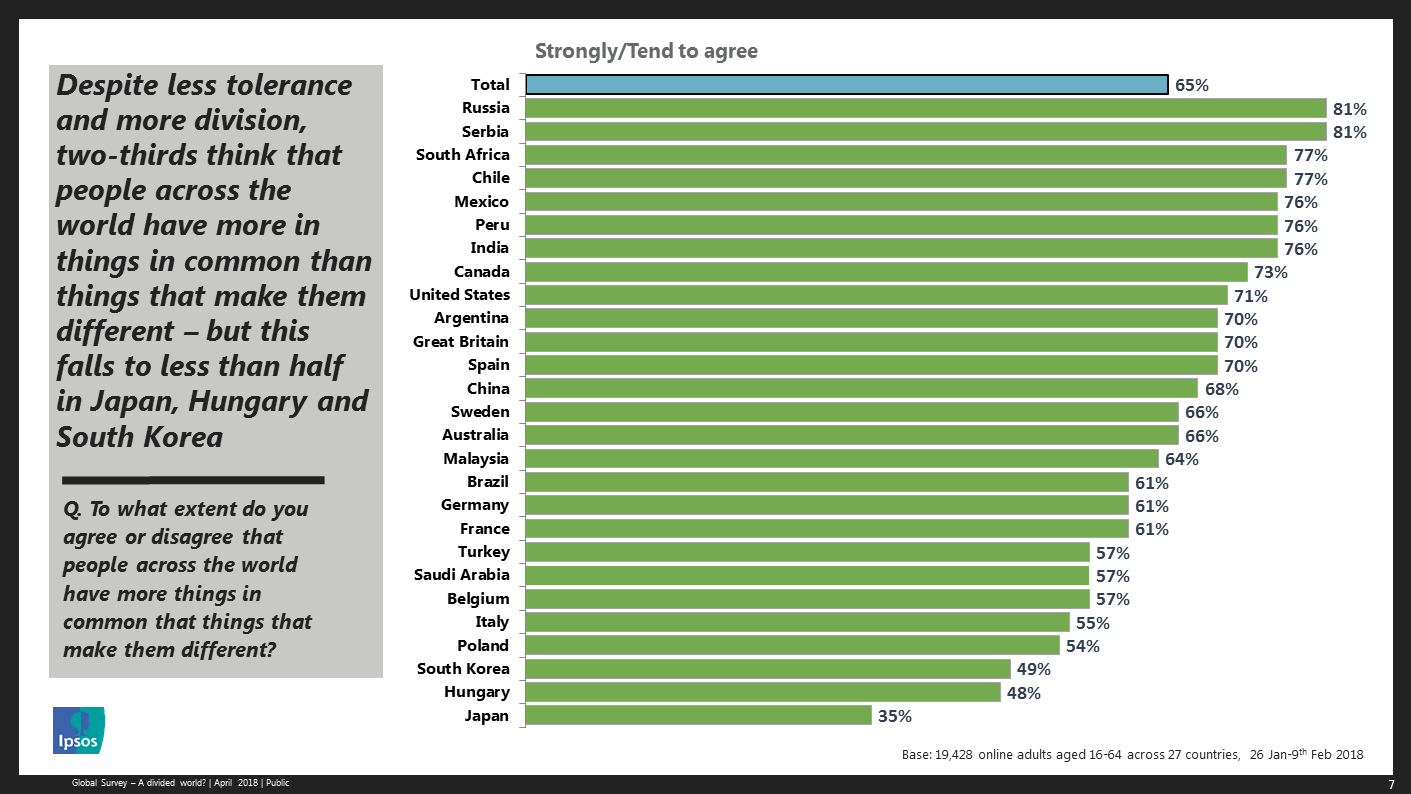 Other findings from the survey show:

This study shows that people across the globe think their societies have become increasingly divided compared with ten years ago and that the greatest cause of tension is between people with different political views.  But the study shows there some very different divisions around the world. Differences between immigrants and people born in the country are seen as a particular cause of tension among many Western European countries whereas tension between rich and poor is the top concern in Russia, China and Japan.
But there is still good news in the survey. Only a small number think mixing with people from different backgrounds or points of view causes tension, while most think mixing leads to mutual understanding and respect or if there is tension this can usually be overcome. What’s more, the majority of people -two-thirds globally -  agree that people across the world have more things in common than things that make them different.