New research by Ipsos in the UK shows half or more of Britons are not very confident, if at all, that the investigation currently being carried out by the Metropolitan Police into the alleged breaking of Coronavirus restrictions in Downing Street will be thorough, independent or result in disciplinary action for any found to have broken the rules. Fieldwork was carried out online 28-29 January, before Monday's update was released.  Levels of confidence are lower than when Britons were asked about their expectations for the civil service (Sue Gray) inquiry (though note that fieldwork was carried out on 18 January). 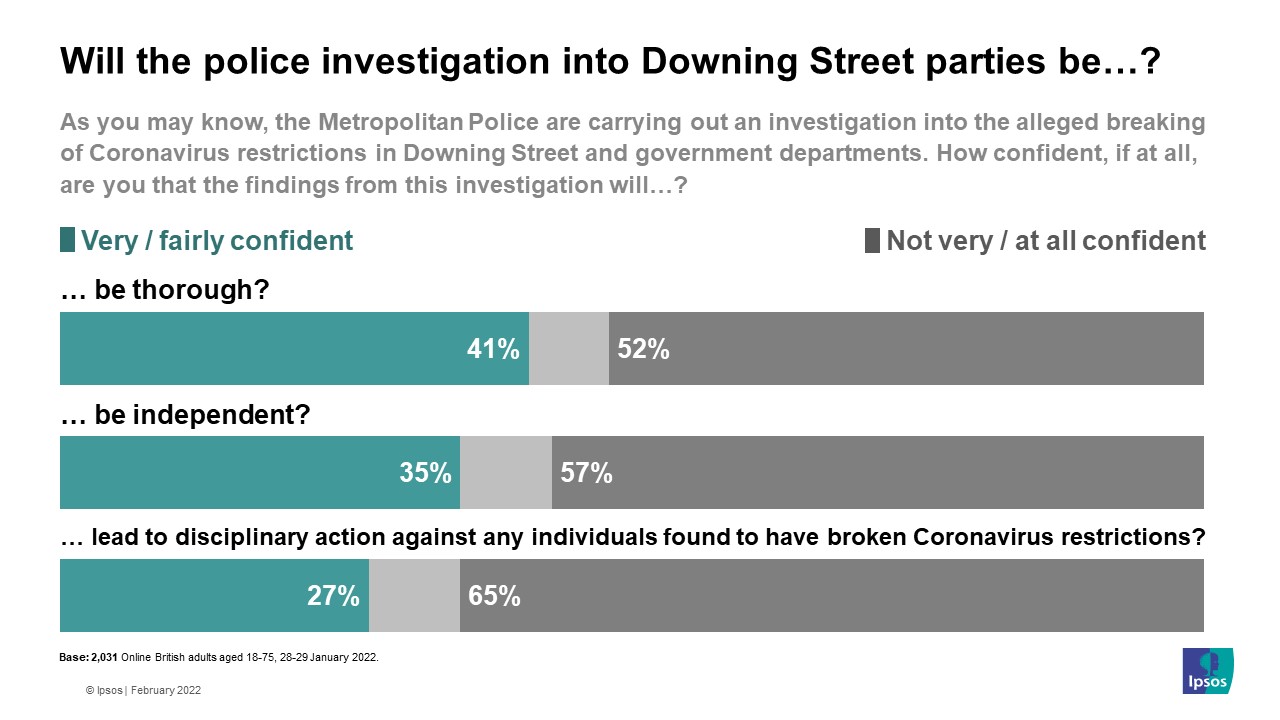 Only 4 in 10 (41%) are confident that the police investigation will be thorough while half (52%) say they are not very confident or not at all confident. In comparison, 51% were confident the civil service inquiry would be thorough, 45% were not. Almost 6 in 10 (57%) are not convinced that the police investigation will be independent, only a third (35%) are more positive. When asked about the civil service inquiry 53% doubted it would be independent, 42% were confident it would be.

Conservative 2019 voters tend to have more confidence than Labour voters, while women have less confidence than men that the results will be thorough (by 37% to 44%) or will lead to disciplinary action (by 24% to 31%).

"We have seen the impact that stories about parties breaking lockdown restrictions have had on public perceptions of the Prime Minister and the Government, but with the announcement that the Met Police is to open its own investigation there is not very much public confidence that this will meet their expectations to be independent, thorough and consequential either."