After comparisons were drawn between the Prime Minister’s fixed penalty notice for attending a lockdown party and a speeding fine, Ipsos research shows Britons think both are serious offences, with little difference between the severity of the two. Eight in 10 (80%) say it is very or fairly serious for a politician to receive a speeding ticket for exceeding the speed limit on the motorway while the same proportion say the same for receiving a fixed penalty notice for attending a party during lockdowns. Almost 9 in 10 (87%) of Britons say it is very or fairly serious to receive a speeding ticket in a residential area. Half think fines for breaking Covid restrictions (50%) and exceeding the speed limit in residential areas (51%) are very serious.  Seven in 10 (71%) say it’s serious when a politician receives a warning for not wearing a face mask in a shop during Covid restrictions.

2019 Conservative voters are slightly less likely to say a politician receiving a fixed penalty notice is not very serious. Almost 3 in 10 (28%) say it is not compared with 13% of Labour supporters. 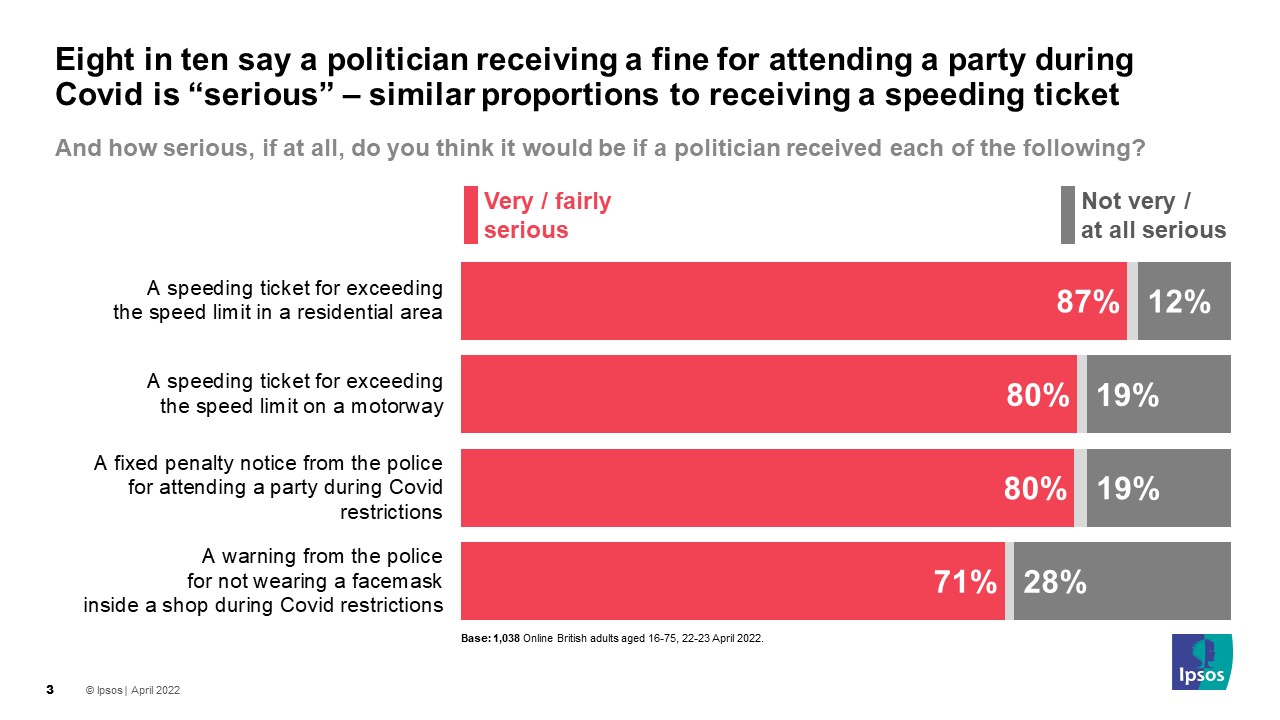 Similarly, when the public considers the severity of the offence generally, all the options are viewed as serious.  Exceeding the speed limit in a residential area (89%) is more likely to be seen as serious than attending a party during Covid-19 restrictions (81%) or exceeding a speed limit on a motorway (81%). 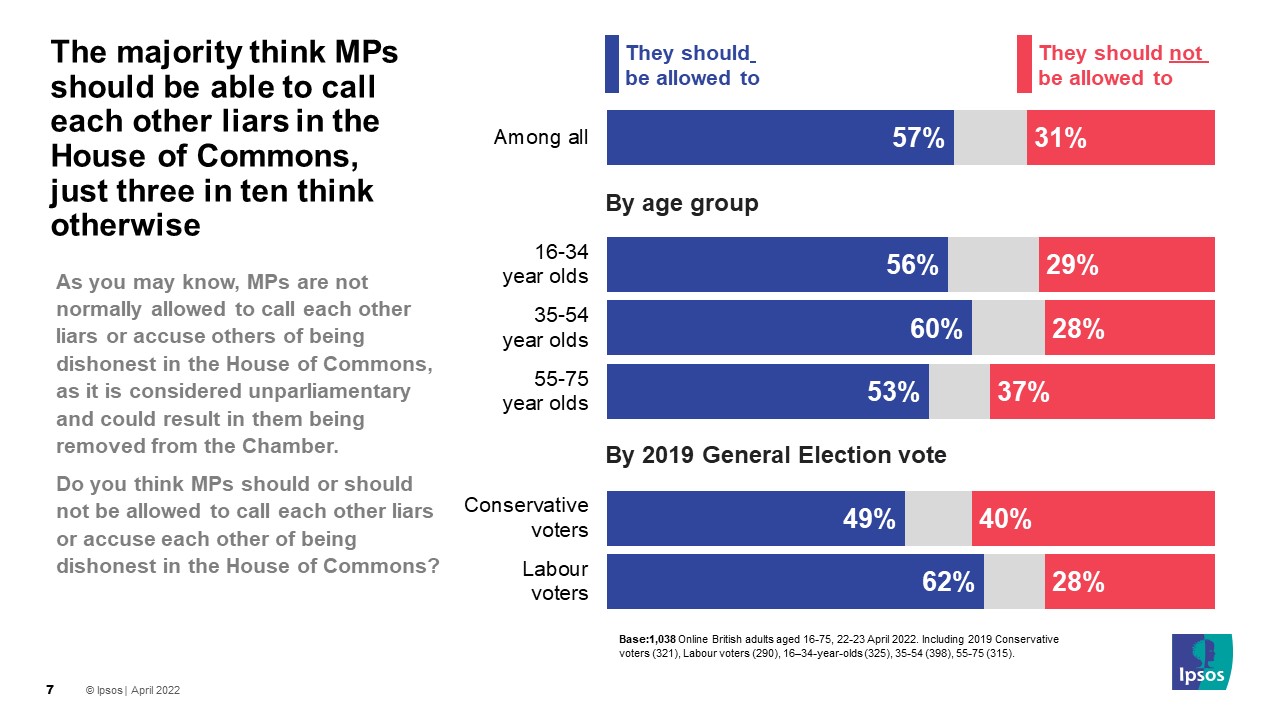 Of course there are worse crimes, but Britons think breaking the speed limit and breaking Covid restrictions by attending a party are both serious offences.  Which may help to explain why stories of Downing Street parties during lockdown have had such a negative reaction among the public.