After the initial success of the vaccine rollout, it may come as no surprise that Britons are feeling increasingly confident in the ability of the NHS to deal with those who are ill as a result of the coronavirus. Before the announcement of the plan to end lockdown, nearly 8 in 10 (79%) said they are now confident in the NHS’s capabilities, the highest level since June 2020 and up 19 percentage points since last month. 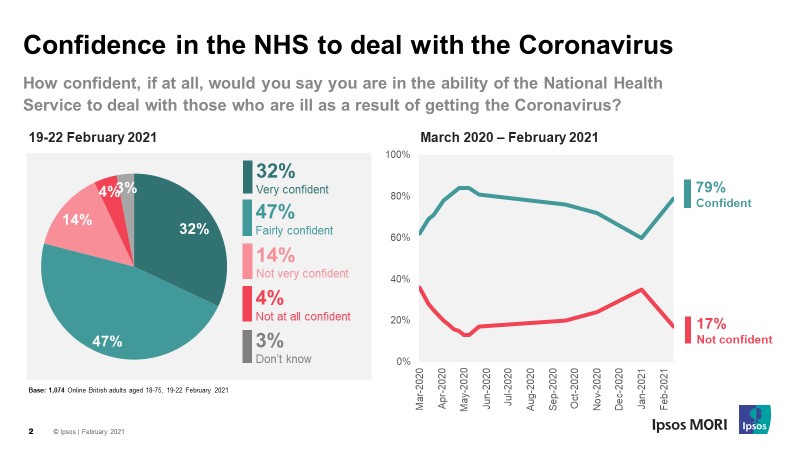 Two-thirds of Britons (65%) say they are concerned about the risk coronavirus poses to themselves, falling 5 percentage points in the last month, while 34% are not concerned, an increase from 29% in January.

Concern about the risk the virus poses to ‘the country as a whole’ has also fallen since last month, but remains high at 84%, with only 14% not concerned. However, the proportion of Britons saying they are “very concerned” has fallen significantly, almost half felt this way in January (48%) while only a third (33%) feel the same way now. 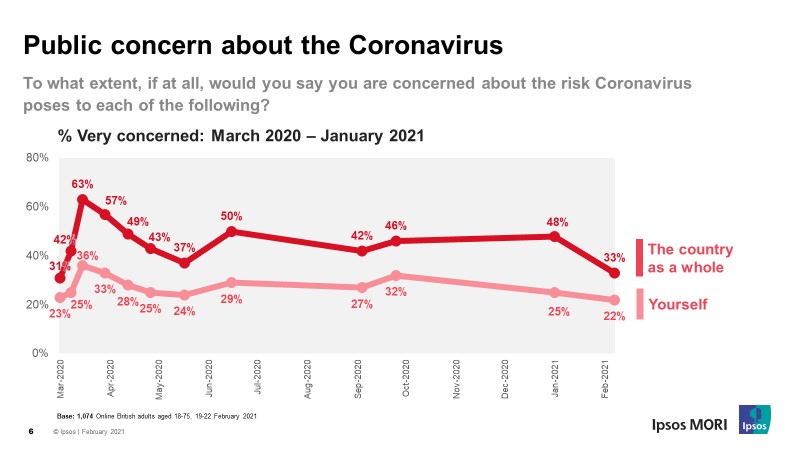 There is some evidence that the initial success of the vaccine rollout is having a positive impact on the public mood. Findings from our monthly Ipsos Political Monitor show roughly 8 in 10 think the government is doing a good job getting the vaccine out as soon as possible. Such positivity is reflected in these results too, with increased optimism at the ability of the NHS to deal with those getting sick from coronavirus and falling public concern about the virus generally – though it should be said levels of concern are still high.