The latest Ipsos Political Monitor, taken September 7th to 15th 2022, does not show a significant polling bounce for Liz Truss and the Conservatives in the new Prime Minister’s first Ipsos poll in office, although she improves on several of Boris Johnson’s final ratings as many are still to make up their mind about her. Meanwhile, the Conservatives are more trusted than Labour on economic growth and managing inflation, but Labour are more trusted on levelling-up, improving the NHS and reducing the cost of living.

Labour vs. Conservatives on the issues 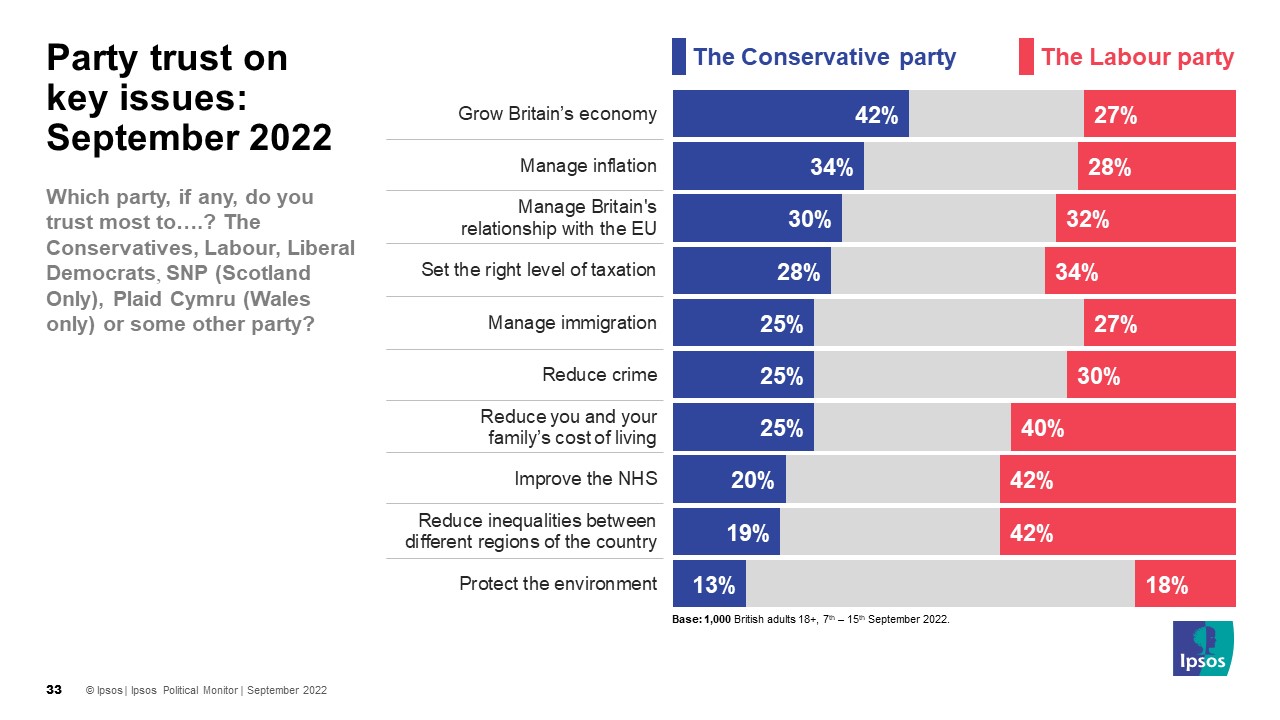 Has what it takes to be a good Prime Minister?

Who would make the most capable Prime Minister?

When comparing Liz Truss to Keir Starmer on several leadership attributes we find that Starmer leads Truss by 5 points or more for: 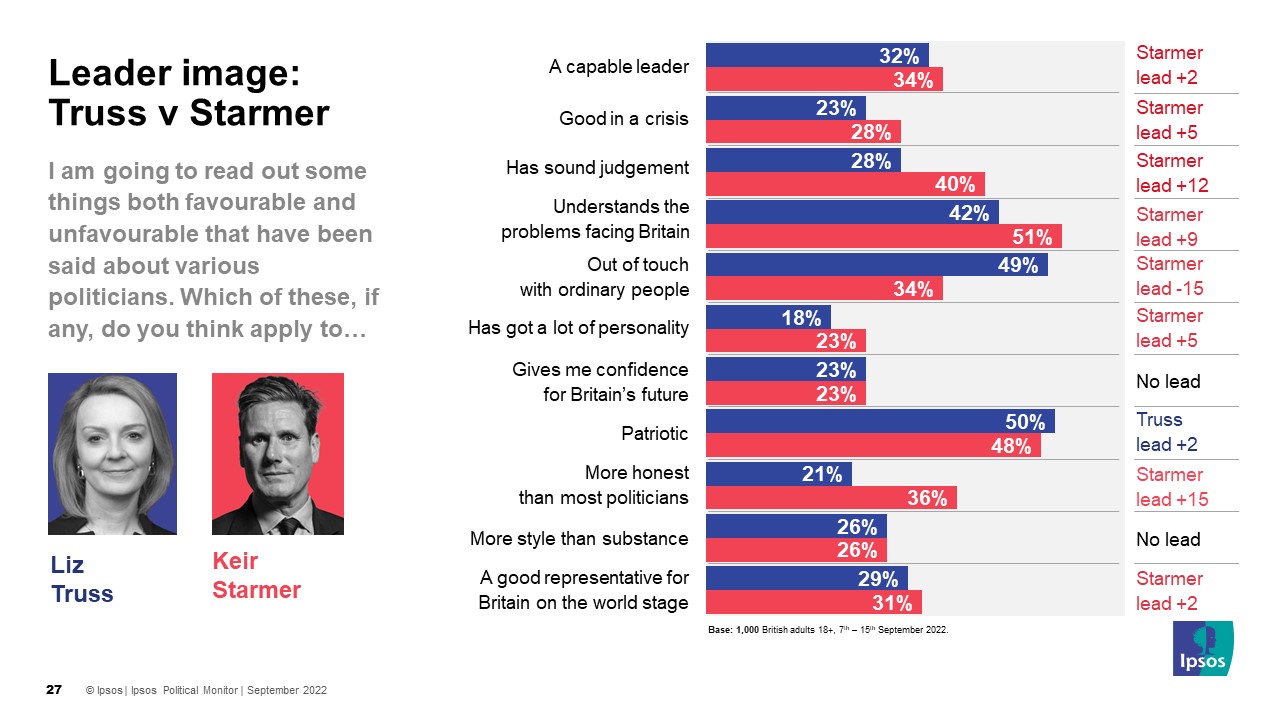 Meanwhile, Liz Truss leads Starmer by 5 points or more on being ‘out of touch with ordinary people’ (49% to 34%). However, Boris Johnson was on 64% for this measure in May 2022 so Truss’ numbers here are an improvement on that. Truss also improves on Johnson’s scores in May for being ‘a capable leader’ (Truss 32% vs Johnson 26%) and ‘a good representative for Britain on the world stage’ (29% vs 21%). She is also less likely to be seen as ‘more style than substance’ (26%) than Johnson was in May (37%).

“With the Conservatives ahead on growing the economy and managing inflation and Labour ahead on the cost of living, NHS and levelling-up, we can see the contours of a potential future general election campaign in these numbers. Meanwhile, whilst there is no obvious sign of a significant polling bounce for Liz Truss in the numbers here, they are an improvement on her predecessor’s final numbers. The new Prime Minister will hope that recent events mean that her political honeymoon is delayed rather than denied; as we head into what is likely to be a challenging winter”

Ipsos interviewed a representative sample of 1,000 adults aged 18+ across Great Britain. Interviews were conducted by telephone: 7th to 15th September 2022. Data are weighted to match the profile of the population. All polls are subject to a wide range of potential sources of error. On the basis of the historical record of the polls at recent general elections, there is a 9 in 10 chance that the true value of a party’s support lies within 4 points of the estimates provided by this poll, and a 2 in 3 chance that they lie within 2 points. This is especially important to keep in mind when calculating party lead figures.