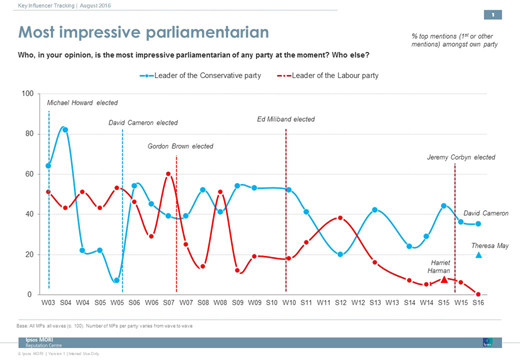 “The latest results from our annual survey of MPs are frankly unprecedented. Never before has a party leader received such low ratings from fellow MPs, but it is not surprising given the difficulties Jeremy Corbyn has had with the PLP.”

Technical note Ipsos interviewed a representative sample of Members of Parliament between 9th June and 26th July 2016. A total of 101 MPs were interviewed, including 51 Conservative MPs, 40 Labour MPs, 6 SNP MPs and 4 other MPs. A mix of both front and back bench MPs were interviewed. For more information, see our MPs Surveys page.