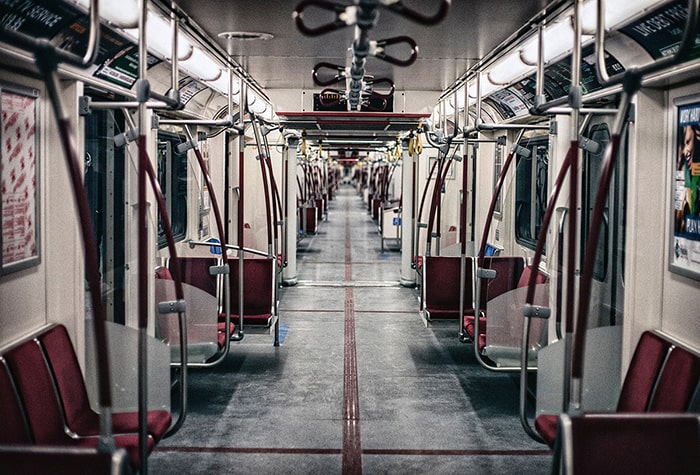 According to an Ipsos online survey conducted between February 14 and 15th in nine large countries, the UK public believe that the coronavirus outbreak will have an impact on the financial markets and the global economy (60% agree). However, other countries see higher proportions believing this will be the case: Japan is most likely to agree (84%), followed by Australia (80%), Italy (78%), Russia (76%), Canada (76%) and France (73%). The US is more in line with the UK at 62%. 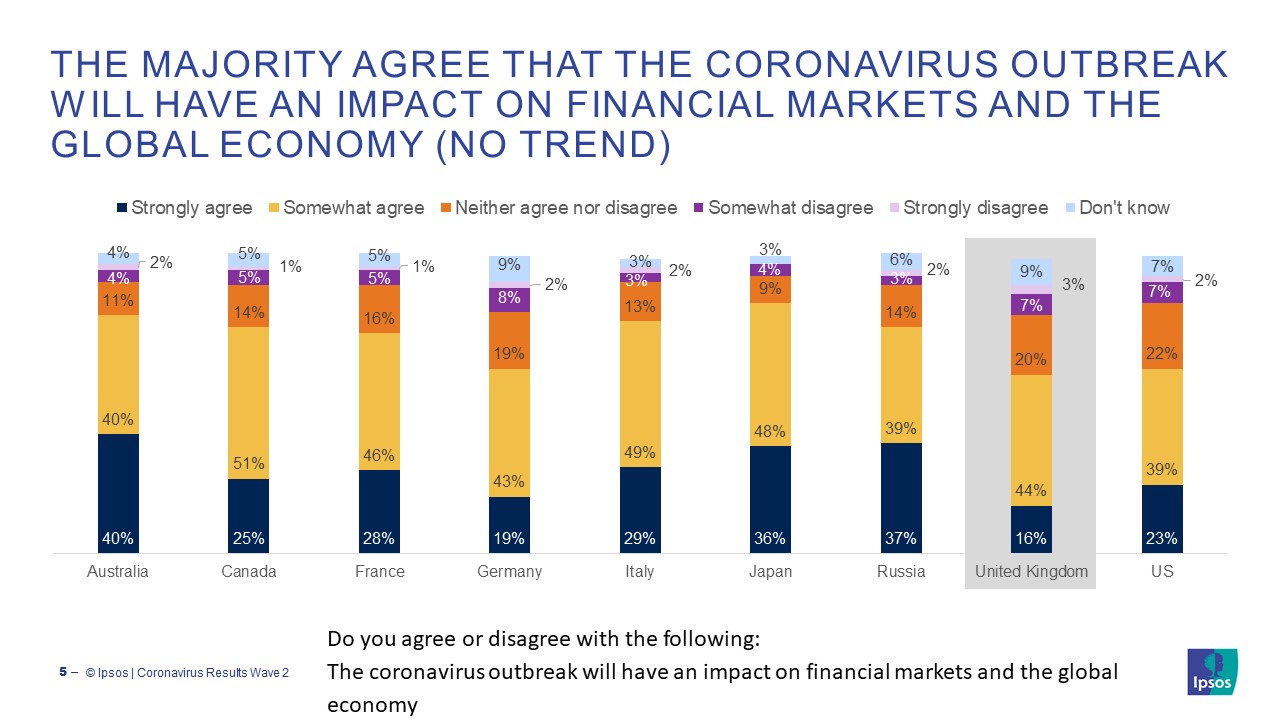 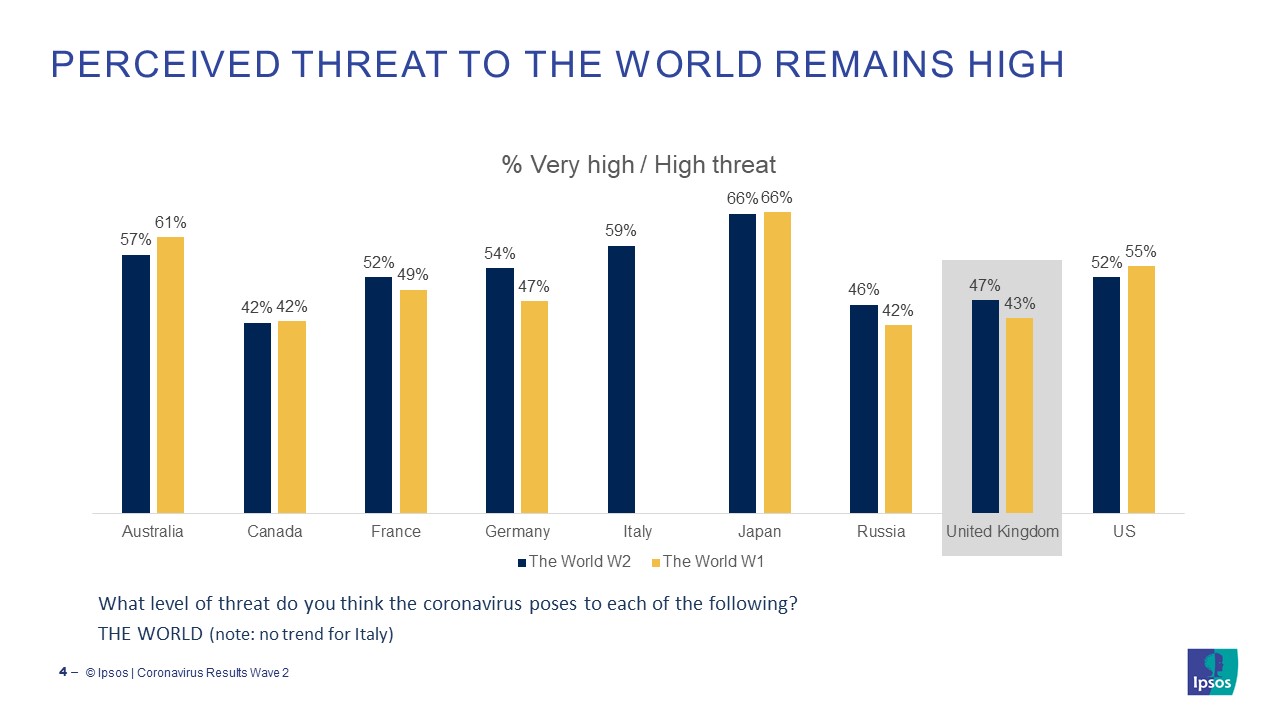 Agreement in the UK as to whether the virus poses a very high or high threat to them personally remains stable at just 9% in both weeks and has generally decreased across other countries, with France (7%) and Canada (5%) lowest. By contrast, in Japan, one in four citizens now see the virus as a very high or high threat for them personally (up 9 points from last week). 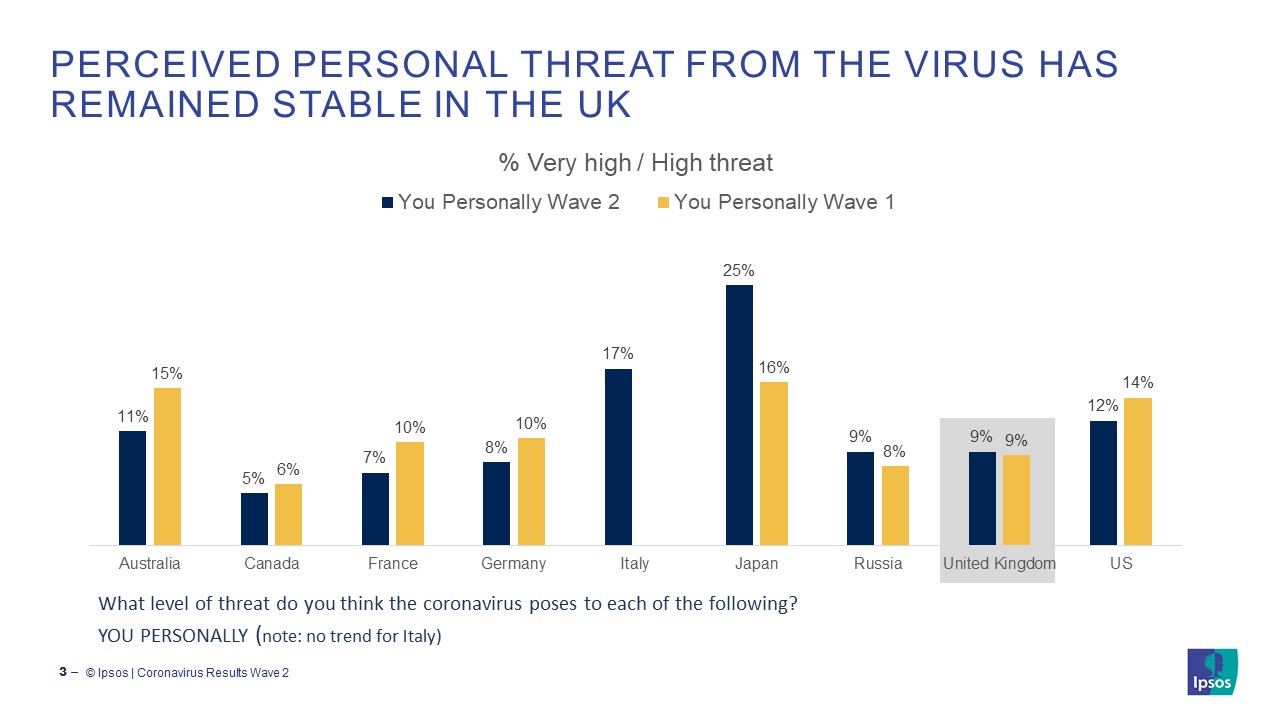 A majority in each of the countries surveyed believe the outbreak will not be contained any time soon. Only 1% in the UK believe the virus is contained now, while nearly two-thirds (65%) believe the outbreak will take several months or longer to contain. Across countries, around seven in ten indicate that containment will take several months or longer, with this view highest in Japan with 88% and lowest in Russia and the U.S. (60% in each country). 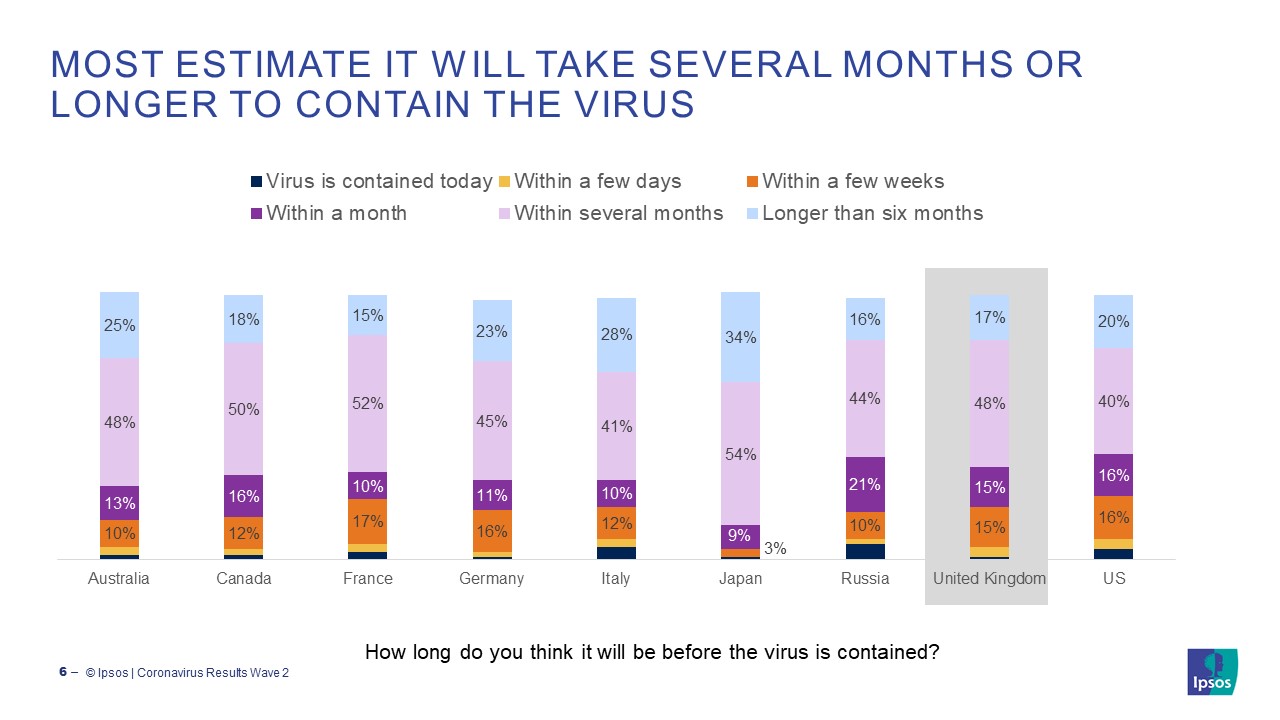 The sample consists of approximately 1000+ individuals in each country. The samples in Australia, Canada, France, Germany, Italy, Japan, the U.K. and the U.S. can be taken as representative of these countries’ general adult population under the age of 75. The sample in Russia is more urban, more educated and/or more affluent than the general population and should be viewed as reflecting the views of the more “connected” segment of the population. The data is weighted so that each market’s sample composition best reflects the demographic profile of the adult population according to the most recent census data.