A new poll by Ipsos on behalf of the Economist shows that half of Britons (51%) support the aims of the Black Lives Matter movement, including three in 10 (28%) who support it strongly. Support rises to three-quarters (75%) among people from ethnic minority groups. One in five Brits oppose the movement (20%) while a quarter have no opinion (24%). Support is stronger among young generations, with seven in 10 (69%) 18-24-year olds supporting the movement. Support halves to just over a third (35%) among people aged 55-75 years. 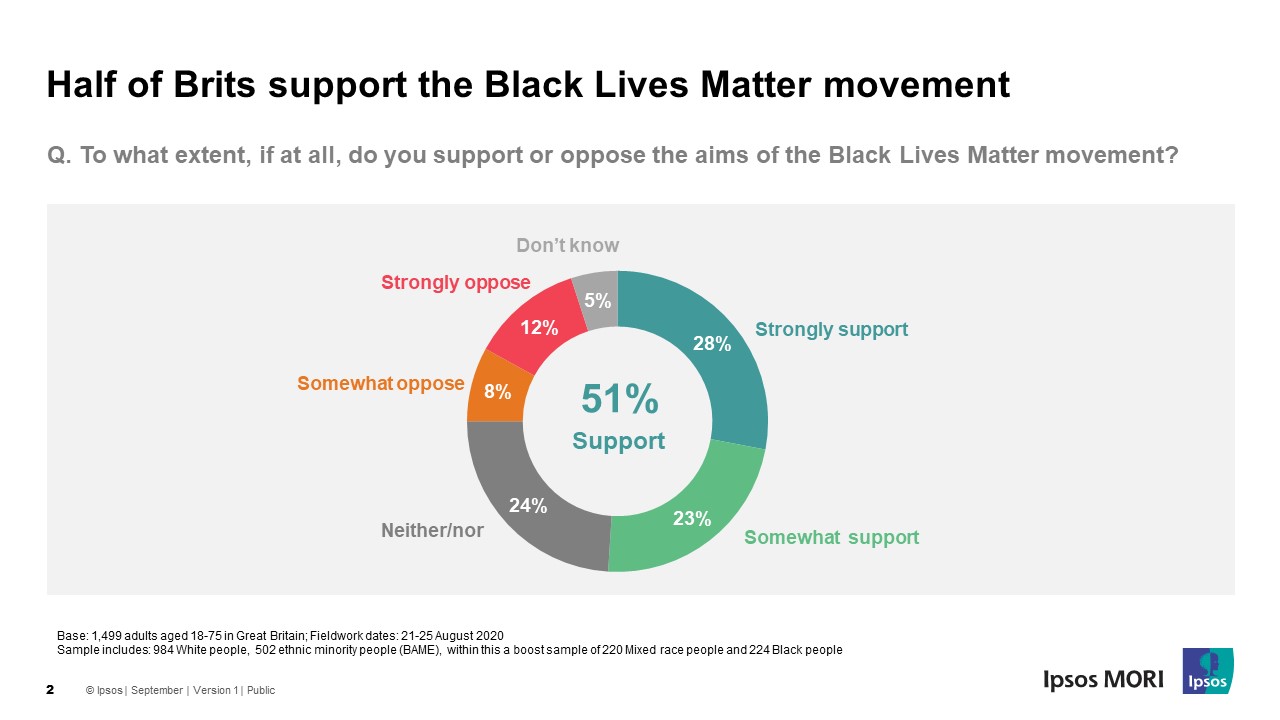 Racism in the UK 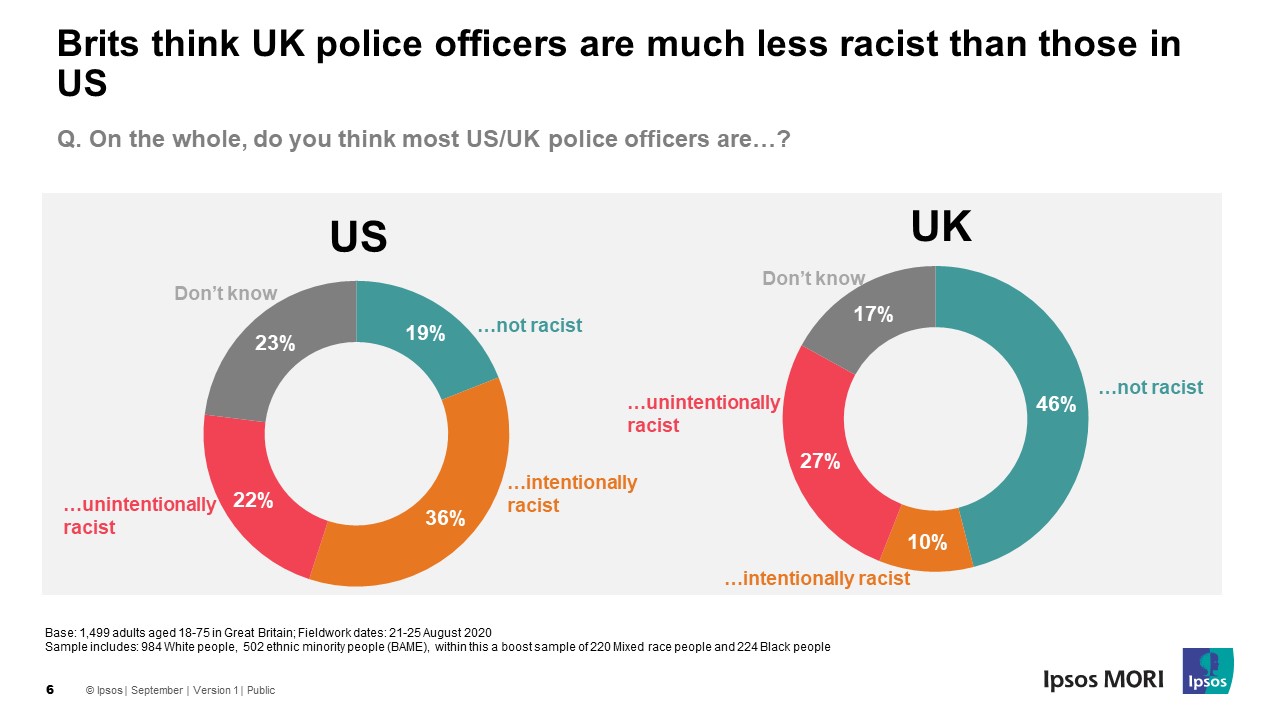 Close to half of Brits (46%) agree that legalised same-sex marriage makes them proud to live in Britain while one in five (18%) disagree.  Younger people are by far more positive about this, with agreement among 18-24 year olds rising to seven in 10 (70%), compared with just a quarter (24%) of those aged 55-75 years.

The Black Lives Matter movement has shone a light on the many inequalities that Black people and those from other ethnic minorities groups still face today and there is support for the aims it’s trying to achieve.  But the findings show there is still a long way to go given that a sizeable minority thinks that Britain is a racist country (higher among people from ethnic minority groups) even though people are more open to diversity than in the past.  There is, however, some cause for optimism where British institutions such as the police compare favourably to their US counterparts and there is pride in the fact that Britain has legalised same-sex marriage - particularly among younger generations.

Ipsos interviewed a sample of 1,499 adults aged 18-75 in Great Britain using its online i:omnibus between 21st and 25th August 2020.  This includes a boosted sample of people from ethnic minority groups (BAME) of 502. Data has been weighted to the known offline population proportions for age, working status, gender, ethnicity and government office region and education.  Within the ethnic minority sample, the proportions of people self-identifying as Mixed Race and Black were boosted further, to achieve an overall sample size of 220 and 224 for these groups respectively.  Within the ethnic minority sample, data was weighted by ethnic group to reflect the overall offline ethnic minority population. All polls are subject to a wide range of potential sources of error.